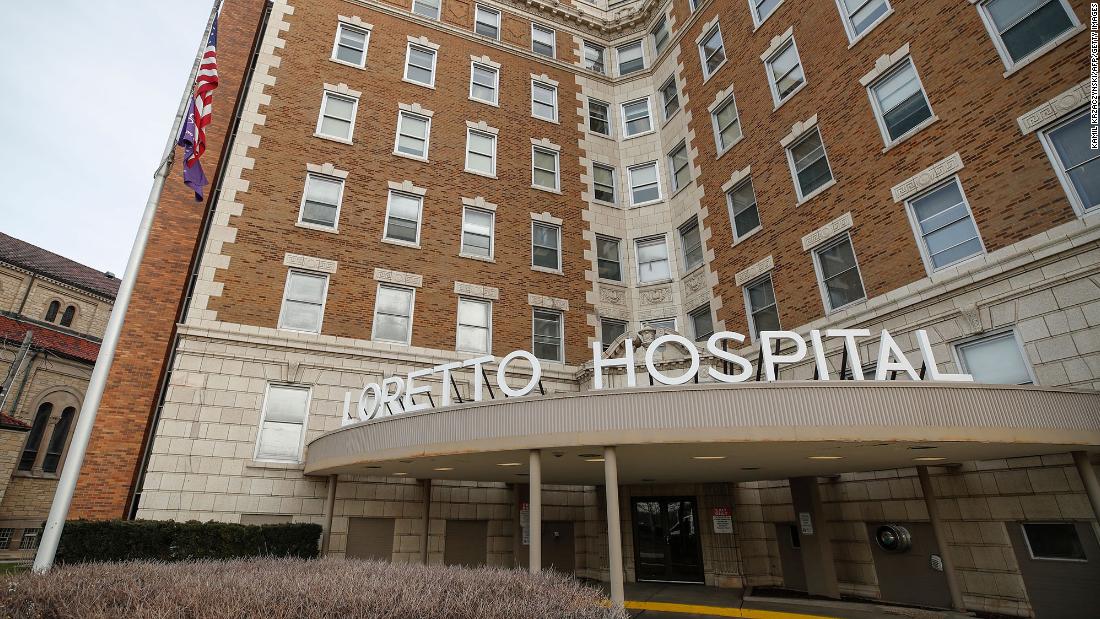 The news comes just days after the city’s Health Department announced that it will withhold the first additional doses of Covid-19 vaccines from the hospital, which is located in a predominantly black community in the zip codes hardest hit by the virus.

Loretto CEO George Miller said he authorized a vaccine clinic at the Trump International Hotel and Tower in downtown Chicago on March 10 for hospitality workers.

In a note obtained by CNN, Miller told staff in part: “At the time, we were under the impression that restaurants and other front-line hospitality workers were considered ‘essential’ under the city’s 1b eligibility requirements. from Chicago”.

Ahmed owns a condo in Trump Tower worth $ 2 million, according to the Cook County property tax portal.

CNN has contacted the Trump organization twice, but has yet to receive a comment. CNN has also reached out to Ahmed for comment.

Dr. Allison Arwady, commissioner of the Chicago Department of Public Health, said that some people who did not meet the eligibility requirements received the vaccine.

On Wednesday night, Loretto Hospital Board of Trustees Chairman Edward M. Hogan said the board will continue to investigate the wrongdoing.

“If our review reveals anything else that indicates that our processes were compromised, additional consequences will be imposed on those responsible for these actions,” it said in a statement.

Julie Kudlacz, a spokeswoman for the hospital, said in an email exchange with CNN early Wednesday that the vaccines administered at Trump Tower were not part of Protect Chicago Plus, a city program focused on vaccinating minority communities.

They were part of the hospital’s vaccine allocation, Kudlacz said.

Kudlacz also told CNN that a hospital audit revealed that 68 of the 72 people who received the vaccine at Trump Tower were black, Latino or Asian. The remaining four classified themselves as other / non-Hispanic.

Miller said in his statement that the clinic at Trump Tower grew out of requests from West Side residents.

Illinois Governor: ‘it is unacceptable to let people jump the line’

Councilor Emma Mitts said that over the past year she has lost count of how many friends, many of those who voted for her, died from Covid-19.

“There were so many things that we couldn’t keep up with them, and it was just heartbreaking,” he said. “They would call me and say, ‘My mom passed away.’

After more than a year of suffering from Covid-19, Mitts is now dealing with a different kind of pain. The hospital is located in the Austin neighborhood, near the ward that Mitts, who has been a councilman for two decades, represents. He said his constituents are among the most vulnerable.

“For this to happen is certainly a tragedy,” Mitts said. “Not everyone should have to pay for someone else’s mistake when you know it had nothing to do with him.”

Illinois State Senator Kimberly A. Lightford, vice chair of the Loretto Board of Trustees, said Miller and Ahmed were “reprimanded” by the hospital’s board of trustees.

“And that doesn’t change the fact that what they did wrong is wrong,” Lightford said, adding that the public may hear about more irregularities related to vaccine distribution. “We have widely reprimanded the president and (former) director of operations of the hospital. Sanctions (and) also financial charges were imposed. Neither of us was satisfied, of course. Perhaps they thought we were a little clumsy. I assure you; he will not return to happen “.

“I think they did a bad job going to Trump Tower,” he said. “My frustration is when someone doesn’t follow the rules here … everyone suffers, but I think the hospital is dealing with it.”

“It is unacceptable to let people jump the line, especially if people have gotten cloudy,” he said.

People Who Need Vaccine Most May Suffer, Doctor Says

The Chicago Department of Public Health issued a statement saying it will ensure that people who were vaccinated through Loretto can receive their second doses on time.

Loretto will not receive the first doses until CDPH can confirm that Loretto’s vaccination strategies and reporting practices meet all CDPH requirements, according to a statement from Chicago Mayor Lori Lightfoot’s office.

The city’s first Covid-19 vaccines were administered at the Loretto hospital in December. The hospital was chosen due to the need of the community and its proximity to the Austin neighborhood.

The hospital was also the first to create a West Side community testing site in April 2020. State statistics show that this area has seen 10,535 cases of Covid-19, the second-highest number of Covid-19 cases in the state, according to Loretto Hospital.

Dr. Wendy Goodall McDonald, who treats patients across the city, said people who need the vaccine the most could suffer.

“I believe that withdrawing the vaccines for the area will hurt and harm the black and brown communities,” he said. “They took him out of an area on the West Side of Chicago where there is already a shortage or a reduced number of places where people can get vaccinated.”

McDonald, who is an OB-GYN at Women’s Health Consulting, said some of her patients have struggled to get appointments for the Covid-19 vaccine, comparing appointments with booking Beyoncé concert tickets.

He said he hopes the controversy surrounding this case will be a motivation for minority communities who are hesitant to receive the vaccine.

“The vaccine is safe,” he said. “Look at the people clamoring for it.”

Alderman Mitts, who received two doses of the vaccine earlier this year in Loretto, said he does not want the people he has served for nearly two decades to miss out on a vaccine that saved their lives.