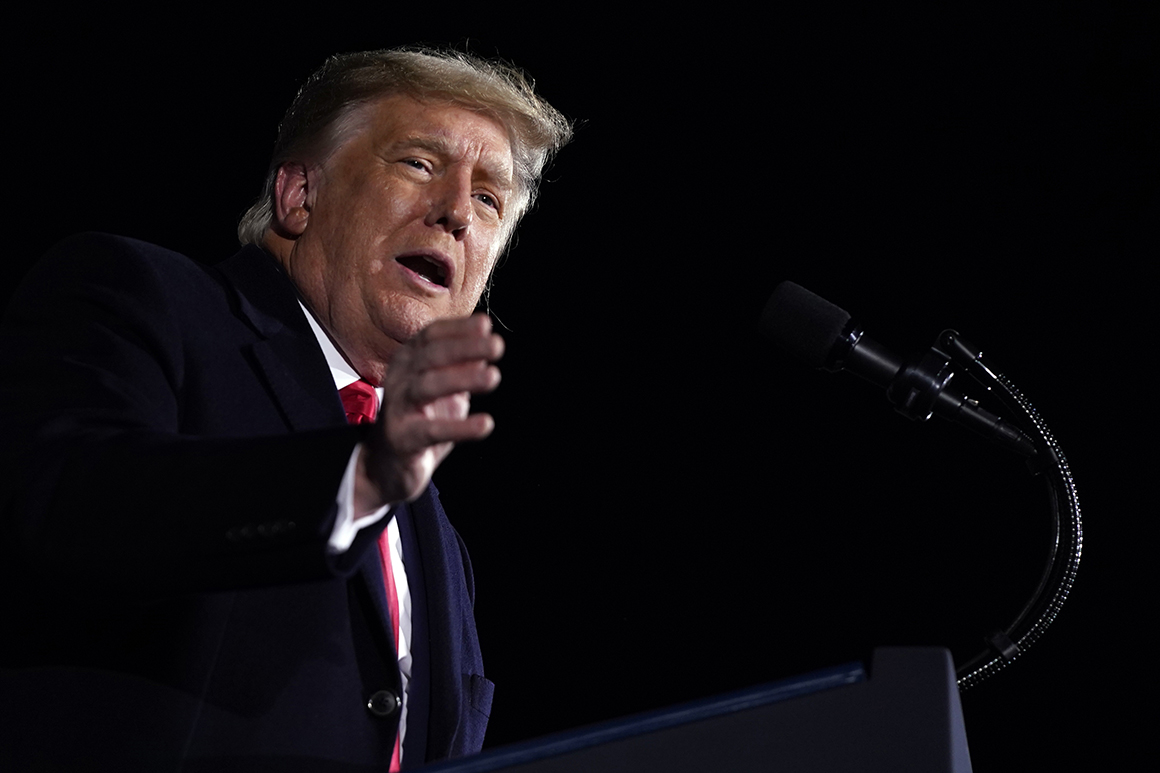 “MAGA supporters and candidates who support President Trump’s America First agenda are going to be impressed with the political operation being built here,” Miller said. “We expect formal announcements from the full team in the coming weeks, which will include some very talented agents yet to be named.”

People familiar with the meeting, which touched on a wide range of topics related to Trump’s political activities and the organizations that support them, noted that full plans for Trump’s operation are not finalized and they were unsure of some details. Trump is also known to reverse or change plans in a short time.

Trump has already established a leadership PAC, Save America, which has raised tens of millions of dollars. But unlike leadership PACs, which are limited in terms of how much money they can raise from individual donors, super PACs can raise and spend unlimited amounts. Trump still maintains broad support among the GOP’s top donors, many of whom may be willing to cut substantial checks.

Lewandowski has become an active figure in the early days of Trump’s post-presidency, seeking out Republican candidates to challenge impeachment-supporting House Republicans and forming a new PAC, Fight Back America. The 47-year-old has also been offering advice to Republicans, including South Dakota Gov. Kristi Noem, who is considered a possible presidential candidate for 2024.

Lewandowski served as Trump’s first campaign manager before being fired in June 2016. But he has remained a close ally of Trump, and Lewandowski spoke to Trump frequently while he was president.

Trump has told his advisers that he is eager to run in the 2022 midterm elections, including to exact revenge on the Republicans in the House of Representatives who supported his impeachment and against Georgia Governor Brian Kemp, whom he has criticized for not intervening to help overturn 2020 results. election. A super PAC would give Trump another vehicle to spend massive sums on races he decides to intervene in.

The former president has been keeping a close eye on the battlefield of the midterm elections. He recently met with Republican National Committee chair Ronna McDaniel and former Georgia Senator David Perdue, who lost his seat in January, also paid a visit to Trump in recent days. Perdue had been considering a comeback offer in 2022, but announced earlier this week that he would not run, shortly after meeting with the former president.

Even after his defeat, Trump proved to be a fundraising giant. Save America, which was formed after the election, had $ 31.5 million in the bank at the end of December, much of which came from appeals to small dollar donors that focused on the former’s unfounded claims of voter fraud. President. Millions of more dollars are still potentially waiting to be transferred to Save America from a joint fundraising committee affiliated with Trump.

The super PAC plans come as Trump gradually resurfaces in public view, a month after leaving the White House. He is scheduled to deliver a speech at the Conservative Political Action Conference on Sunday, his first major appearance since President Joe Biden took office. Trump is also expected to appear at the April Republican National Committee donor retreat, to be held in Palm Beach, Florida.