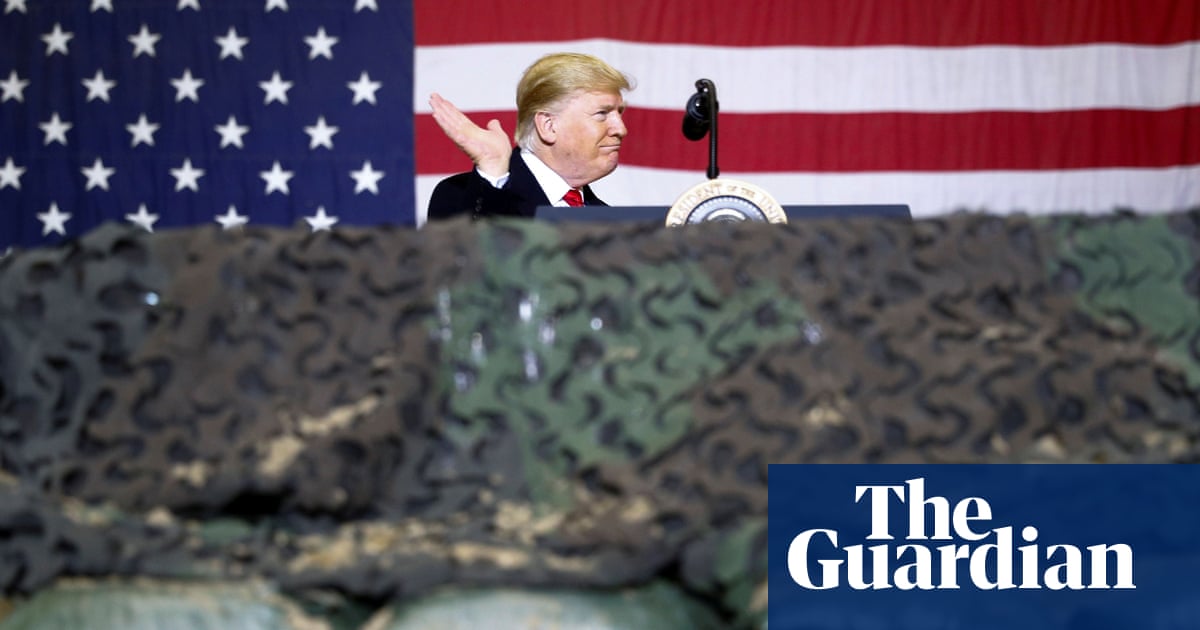 Donald Trump likes to suggest that he has the back of American soldiers fighting against America’s enemies around the world. It was a big theme of his 2016 campaign and his West Point speech earlier this month. So great was his unlimited care for the men and women fighting in the United States, he said, that he would stop the endless and costly foreign wars pursued by his predecessors, and take them home.

Recent reports that Trump ignored an official intelligence finding that a covert Russian military unit GRU had given rewards to American and British soldiers in Afghanistan, lie to that particularly cynical bravado.

Trump does not deny that such an intelligence finding came in February, or possibly even earlier. When asked why he had not acted to save lives, the White House first stated that the intelligence was weak and inconclusive. When that was contested, Trump claimed he was not informed about it. Then what is?

Many suspect that Trump intended to appease Vladimir Putin, his sinister friend in the Kremlin, that former British MI6 spy Christopher Steele alleges that he has some form of personal or financial control over the president. Maybe it’s simpler: He was just not paying attention when his NSC intelligence officers reported it.

Either way, Trump failed in his duty as commander-in-chief to protect military personnel serving his country in Afghanistan, and who was endangered in a conflict that, despite his promises, has been unable to end.

It is well known that Trump never personally served in the military, as he dodged the draft of the Vietnam era with some special pleas for bone spurs on his feet. It is also the case that the Afghan scandal is not the first time that it has disappointed American soldiers.

When Trump decided on a whim last year to pull American ground forces out of northeast Syria, where they were leading the anti-terrorism campaign against Isis, he did not think about the safety of troops who were suddenly exposed to the elements. . He did not think about the consequences for the loyal Kurdish allies of the United States or, for example, the British special forces deployed along the desert.

Trump claimed to have achieved a great strategic master shot. In fact, he once again submitted to the will of Putin, the main sponsor of the Syrian dictatorship, who wanted and subsequently got the United States out of the way. Trump also hungrily yielded to another bully, Turkey’s bellicose leader Recep Tayyip Erdogan, who was seeking revenge against the Kurds.

It was not thanks to Trump that US forces avoided significant losses during that still incomplete, chaotic retreat. Earlier this year, however, they were not so lucky. Angered by the reckless assassination of Iranian General Qassem Suleimani, Tehran’s leaders responded in January and launched missiles at US bases in Iraq.

Trump initially claimed that the Iranian attacks had not killed or wounded any American personnel. Apparently scared of being blamed for causing an all-out war, Trump played down the attack, saying the soldiers “had headaches and a couple of other things.” Indeed, the Pentagon later confirmed, 50 service people were injured, and some suffered life-changing traumatic brain injuries. Veterans of Foreign Wars are still awaiting the presidential apology they subsequently demanded.

Trump’s arrogant attitude toward the life of the military, constitutional duties and honorable traditions was also seen in his negligent response to the Covid-19 emergency that hit the crew of the USS Theodore Roosevelt. He was seen at his biblical trick in Lafayette Square during the George Floyd protests, when he attempted to co-opt the army. And seen again at West Point this month, when he used cadets as extras in his reelection bid.

Most lethal of all, of course, is Trump’s mismanagement of the pandemic “war” on the home front, which has contributed directly and indirectly to the loss of more than 125,000 civilian lives.

Trump’s failure to act in response to Russia’s Afghan rewards plan confirmed what was already evident. Trump uses the U.S. Army, as he uses almost everyone else, as a disposable accessory in his own personal narrative of superior grandeur, self-glorifying, and slightly deranged.

For Trump, Trump always comes first, no matter who dies.