June 25, 2018 World Comments Off on Trump says that much progress has been made in the Middle East 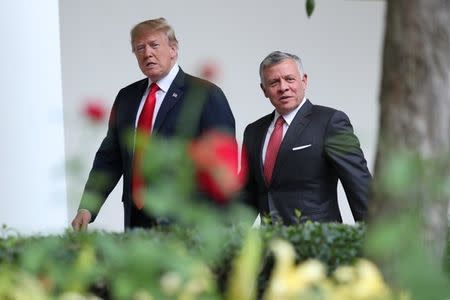 WASHINGTON (Reuters) – President Donald Trump said on Monday that many gains had been made in the Middle East, but he declined to say when the White House would launch its peace plan between Israelis and Palestinians.

Trump, during a meeting with King Abdullah of Jordan, said things had improved since he pulled the United States out of the nuclear deal with Iran in 2015. European allies opposed that move.

"Things are very different since we finished that," Trump said.