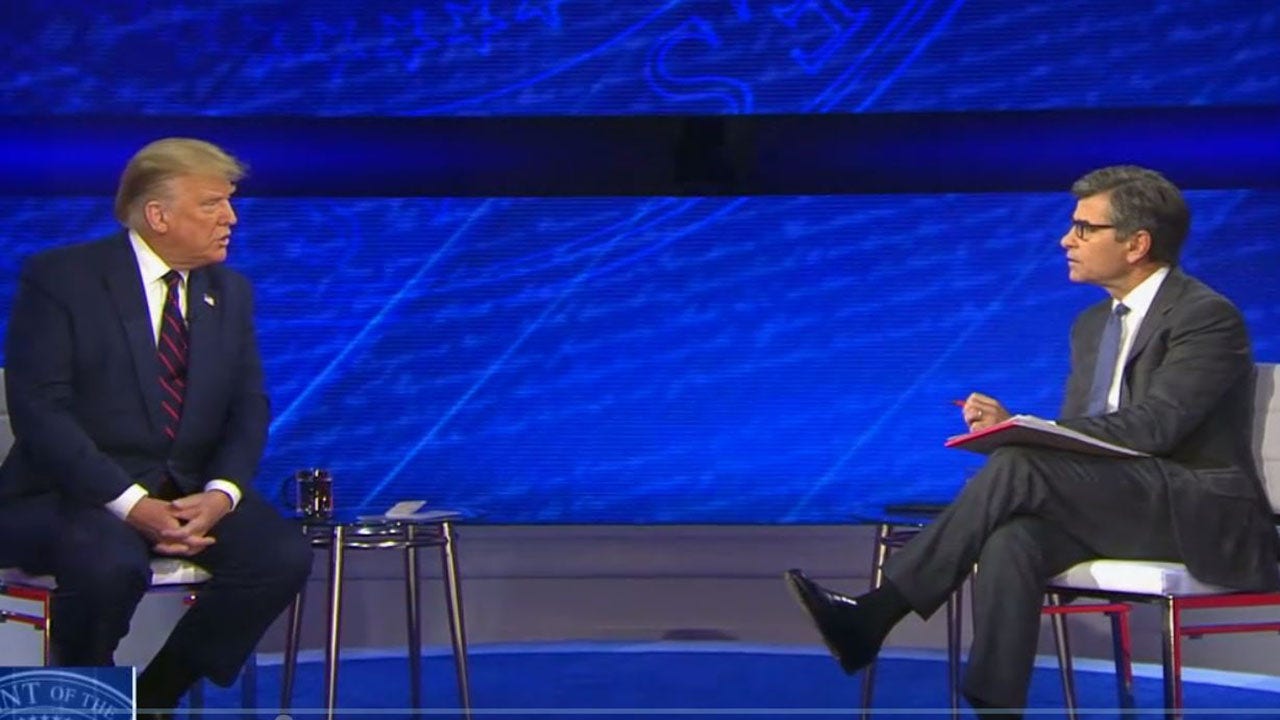 President Trump said on Tuesday that the coronavirus epidemic had been the hardest part of his presidency, but he believes he has done everything he can to slow the spread of the virus.

“I think we did a great job,” Trump told an undivided Pennsylvania voter who asked about his biggest challenge as president during a town hall with ABC News anchor George Stefanopoulos.

He said the virus taught him that “life is very fragile. I knew people who were powerful people, strong people, good people, and they succumbed to it.”

On the trophy result, he was sent to ‘Joe is closed’

Stephanopoulos asked him if he thought he could have taken more action against the virus attack.

“I don’t think so,” Trump said. “I think what I did by closing the country … I really don’t think so. I think we did a great job.”

Much of the Philadelphia town hall focused on the outbreak, and the president raised tough questions from both Stephanopoulos and unspecified voters tackling the crisis.

He told another questioner that he had asked him why he had “removed his foot from the gas pedal” and “those” like him “under the bus” in underlying circumstances that took place last May that the administration had “put a lot on the epidemic Worked hard … and if you saw what we did with the ventilator, and now, clearly, with vaccines – we’re very close to being vaccinated. ”

He said a vaccine could be three or four weeks away – although some health experts have questioned the reality of getting a safe and effective vaccine ready for delivery by November.

He also told Stephanopoulos that the pandemic would eventually go away, even without a vaccine, for herd immunity, the idea that its outbreak would end when the majority of the population was immune. However, some experts warn that a herd immunity strategy could mean more than 1 million deaths.

He told the voter that he believed the administration’s actions “saved tremendous lives.”

He also asked another questioner why he was asked that he had “eliminated” the epidemic, which he actually “acted upon as a matter of action.”

“What I did was with China – I banned with Europe, I banned. And we would have lost thousands more, had I not banned, ”he said. “So it was called action, not a word of mouth, but an actual fact. When we imposed that ban, we did a great job.”

Earlier this year, Trump told Washington Post associate editor Bob Woodward in an audio released last week that he “always wanted to play it,” referring to the epidemic, saying it “wanted to avoid panic.”

According to the Centers for Disease Control and Prevention, as of Tuesday, more than 194,000 people have died from the virus in the US.