Trump pays tribute to the Americans killed in Syria

January 19, 2019 U.S. Comments Off on Trump pays tribute to the Americans killed in Syria 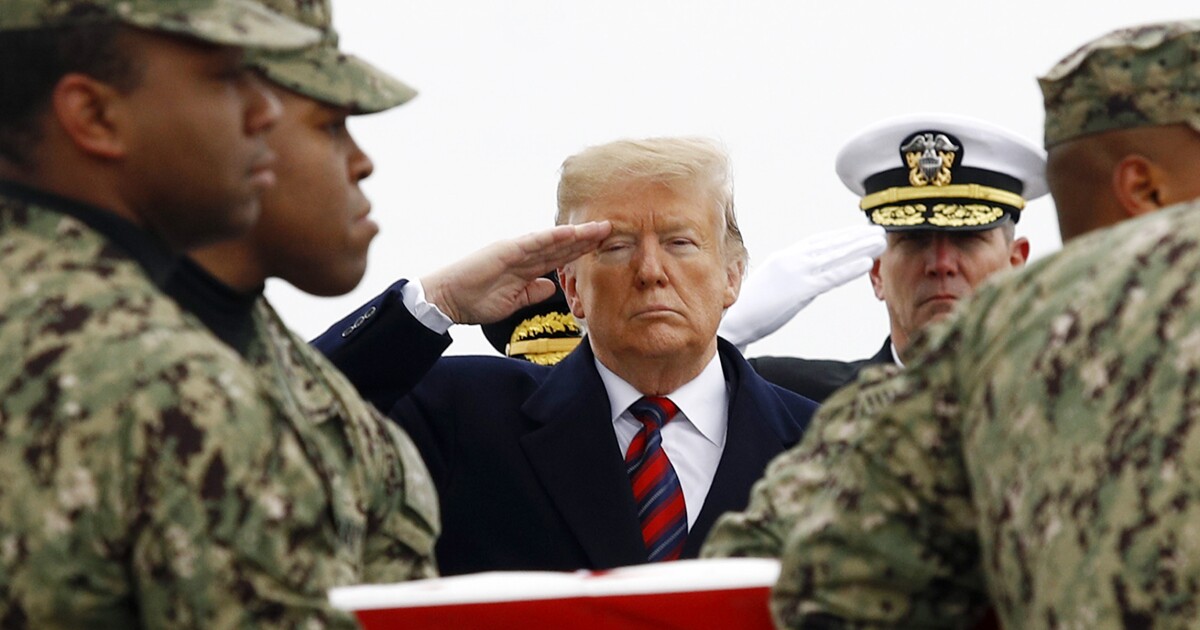 PResident Trump participated in a ceremony on Saturday to honor four Americans killed in Syria last week, including Scott Wirtz, a former Navy SEAL who works as a civilian contractor. The four were killed in a suicide attack by the terrorist group Islamic State.

"We will leave so that Dover is with the families of 4 very special people who lost their lives in service to our country!" Trump tweeted earlier that day, before heading to Dover Air Base in Delaware. The president stood and saluted when Wirtz's remains were transported in a coffin draped with a flag from a C-17 military aircraft to a waiting gray minivan.

The transfers of the other three victims in the attack were also carried out, but the press was not allowed to see them. Trump met privately with the relatives of the victims. The Pentagon identified two of the other victims as Chief of Army Orders Jonathan Farmer of Florida and Navy Cryptology Technician Shannon Kent of New York.

"When I go to meet relatives of some of our great and great heroes who have fallen, I think it could be the hardest thing I have to do as president," Trump told reporters after the ceremony.

Trump announced last month that it would eliminate the approximately 2,000 US forces in Syria, but faced resistance from some leading advisers on the issue who warn it could boost Russia and Iran in the region. Defense Secretary Jim Mattis resigned because of the decision. The White House's elimination plans have been changing as a result.