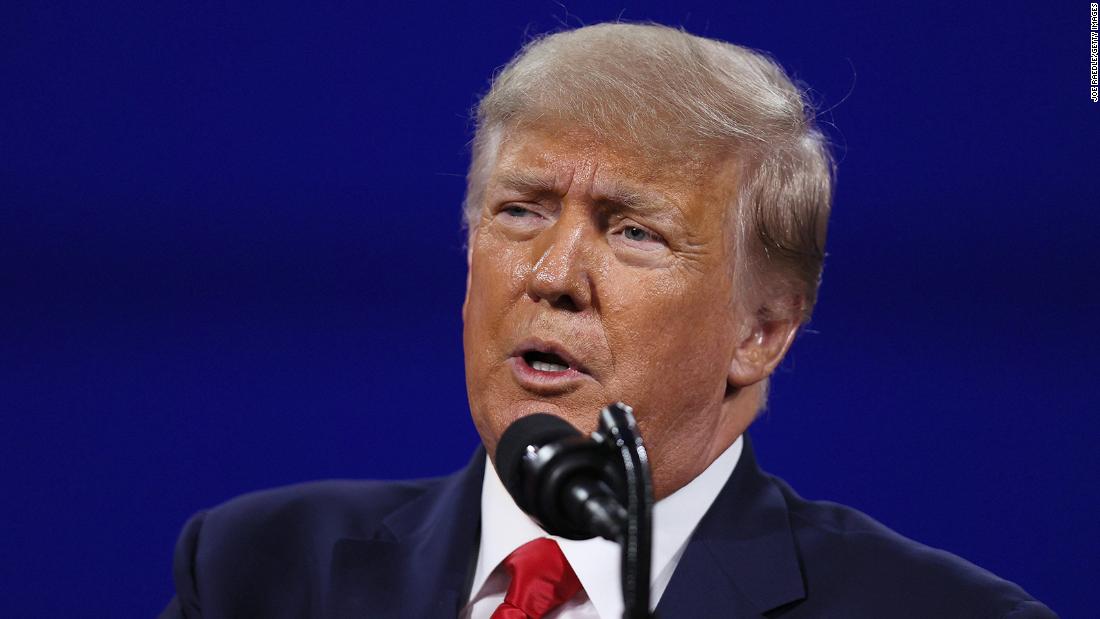 It’s a scandalous attempt by Trump to rewrite the history of the insurrection, which he repeatedly fanned and falsely claimed that the 2020 elections were stolen from him. There is no evidence of widespread fraud, but Trump and many of his conservative allies in the media and on Capitol Hill have continued to promote the “big lie” regardless.
Calling Fox News Thursday night, Trump was asked if he was concerned about the reinforced security of the US Capitol, including the barbed wire fence, which he called “disgraceful” and a “political maneuver.”

“It was a zero threat, from the beginning, it was a zero threat. Look, they came in, they shouldn’t have. Some of them came in, and they’re hugging and kissing the police and the guards, you know. They had great relationships,” Trump told Laura Ingraham of Fox News. “A lot of people were invited in, and then they went in and out.”

Trump’s latest cover-up attempt comes after the world was presented with stacks of video evidence of the violence that erupted on January 6, criminal charges brought against participants, testimony from law enforcement officials, accounts of the police officers about the violence and legislators’ descriptions of the fear they experienced that day.

Trump appeared to suggest that some of the rioters should face repercussions, but quickly swung around to attack the leftist Antifa movement, a familiar target of his that he has often cited to draw a false equivalence by downplaying crimes committed in his name.

“They’re going after a lot of those people, and some of them should be – some things should happen to them. But when I look at Antifa in Washington, even what they did to Washington and what they did to other places and the destruction, and frankly, the killing and beating of people, and nothing happens to them at all. Why don’t they go after Antifa? “Trump told Fox News.

Then Ingraham intervened. “But would you say that people who commit crimes, regardless of their political affiliation, should be prosecuted?”

“Absolutely. What you said is exactly correct,” Trump replied.

The crowd of Trump supporters who stormed the US Capitol was intended to prevent Congress from certifying President Joe Biden’s victory in the 2020 election.

Many rioters clashed violently with the Capitol police, using various weapons, as they broke through the barriers to break through the Capitol complex. The riot left five dead, including Capitol Police Officer Brian Sicknick, and more than 100 police officers were injured.
Trump’s claim that some of the rioters were “hugging and kissing” the police could be a reference to videos from that day showing police letting protesters into the building and one of the Capitol policemen taking a Selfie with someone who was part of the mafia that ran ahead of The Capitol.

As they entered the Capitol, rioters could be heard chanting death threats against Vice President Mike Pence, Speaker of the House of Representatives Nancy Pelosi and several lawmakers, some of whom hid throughout the building as the mob searched for them.

The criminal complaints filed against some of the individuals who participated in the assault on the Capitol on January 6 have validated concerns about the safety of members and show the seriousness of the threats against them. Members of far-right militants and extremist groups, including the Proud Boys and Oath Keepers, have been arrested and charged in connection with the disturbances on Capitol Hill.
Trump himself has been the subject of two lawsuits brought by Democratic lawmakers accusing him of stoking the unrest. He has repeatedly denied any responsibility.