Trump is right about our commercial offers. He does not know how to solve them.

March 15, 2018 Others Comments Off on Trump is right about our commercial offers. He does not know how to solve them. 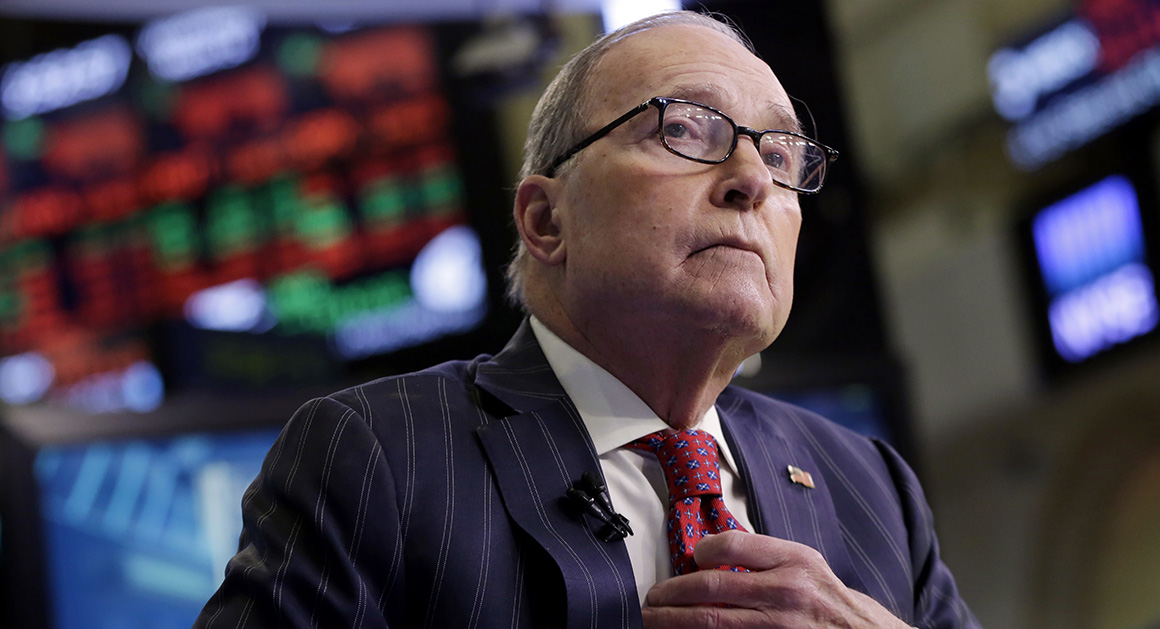 "In the future, they will all be high officials of the White House for 15 minutes." Andy Warhol did not say so, but you have to wonder what he would have thought of an administration that seems more and more a reality. Television program in constant transition to its next season. In a recent "episode," Commerce Secretary Wilbur Ross even ran a strange tribute to Warhol, who tried to turn a can of Campbell soup into a political replica of cable television.

The last character ready to be part of the drama is Larry Kudlow, the new director of the National Economic Council. Given his track record, Kudlow will probably be more entertaining than his predecessor, Gary Cohn. But what this White House really needs is better policies backed by more serious arguments. President Donald Trump's erratic and evidence-free approach to decision-making is costly not only because it results in less than optimal policies, but also because the stream of shows created by Trump White House distracts from what genuine debates on issues should be. .

Take the tariffs imposed by the president on imports of steel and aluminum. The announcement surprised many in Trump's own administration, unleashing a domestic storm (one that Ross's soup can failed to calm), a stock market crash and international condemnation from some of our closest allies.

However, the movement did not come from nowhere. Trump has repeatedly criticized existing agreements such as NAFTA ("the worst agreement may have been signed sometime," he said), as well as possible agreements with trading partners in Asia and Europe. Kevin Hbadett, chairman of the Presidential Council of Economic Advisers, said last month that past trade agreements were "full of concessions that the relatively reckless negotiators of the past made to our business partners."

The president's chaotic announcement and bluster obscured serious questions: Is the United States wrong in making commercial deals? Have our "irresponsible" negotiators been? Did we get our existing business deals as bad as Trump says we did?

These questions deserve reflection and significant answers. The expansion of economic participation and prosperity for more Americans in today's globalized economy is a central policy and moral challenge of our time. Trade agreements are an important channel that connects us with the global economy, and its terms have consequences for American workers and consumers.

Trump is right about some things: that previous trade agreements have not been perfect, that they have had unforeseen consequences and that we can do better in the future. Unfortunately, his approach to solving these problems is based on falsehoods (for example, he is obsessed with trade deficits to the point of conjuring them where they do not exist) and is likely to do more harm than good (see the reactions of our trade). partners and the consensus of progressive and conservative economists alike).

Those of us who believe that we have to do better for our middle clbad, but we also believe in the merits of an integrated global economy, we need to develop and defend a better way forward in trade. Here are four principles that should guide our approach:

First, it is better to write the rules. President Trump's campaign and presidency have been defined in part by the promise to a segment of the American public that he can rewind the clock and reverse some of the economic and social changes of the past half century. Even though this promise sounds to some, globalization will not go away. The economic playing field does not stop at our borders. Our challenge is to discover how we compete effectively in the coming decades.

That means facing the fact that there are simply no effective rules at this time that cover the most pressing market abuses that hurt our workers: currency manipulation, cyber economic espionage, state-owned enterprises and non-tariff barriers designed to exclude exports. foreign And just annoying the companies and pursuing bilateral agreements that Trump likes so much will not do the job. An approach that relies too much on bilateral agreements establishes a race to the bottom and a mosaic result, not a common and level playing field for all trading nations.

If we want competition that reinforces labor rights, creates new markets for clean energy, and offers a fair opportunity for American companies and American workers, new generally applicable rules will be needed. This point goes beyond trade agreements, to all aspects of the international economy, including the rules to put an end to the play of international tax systems, so that the rich and corporations avoid paying their fair share; rules for managing global financial flows to prevent the next crisis; and rules to curb corporate concentration that is repressing innovation and distorting markets.

And, by the way, we're good at writing rules. One of our comparative advantages in trade and other international negotiations is that we have a large group of experienced professionals – Democrats and Republicans, and career civil servants who have worked for both – who are skilled negotiators. The United States has an impressive human arsenal of international negotiators. We need to make sure they have instructions that focus on the results for American workers and consumers, not just corporations.

This brings us to a second principle : We must improve in the definition, advancement and defense of American Interests . In the past, policymakers have relied too heavily on the interests of specific corporations or small groups of companies, as they have worked to shape the objectives of our business negotiators. Whether it is a pharmaceutical company that emphasizes the importance of the application of intellectual property or the vision of an Internet company on data protection provisions, these corporate interests have often played a very important role in informing our objectives of politics. The influence and corporate access in Washington offers an explanation for this, but there is also a less nefarious explanation: corporate interests provide an accessible and measurable proxy for the interests of sectors of the US economy, but policy makers have relied too much on this power .

In the future, lawmakers must badess the likely effects of a possible trade agreement – positive and negative – on US workers and consumers, not just on measures such as GDP (which may mask the impacts on certain groups of Americans or about general inequality, for example.) This will lead to creating a mandatory evaluation process that examines the disparate impacts of trade agreements. Such a process could include a statewide badessment of the likely impact for each of the 50 states. It could include an economic evaluation of the impact in rural areas. It could include consultations with labor groups, environmental groups and others.

The goal of such a process should be to address the question: how will this business deal affect a family in Youngstown, Pasadena, Denver, Boston or Dallas? Neither the considerations that go into answering that question nor the answers themselves are simple. Lawmakers will have to weigh the benefits and costs, just as they do now. Our point is that the effects they consider should be rebalanced to give more weight to consumers and workers who are not important shareholders in companies. The representatives of the executive branch who are establishing a trade negotiation policy should be able to explain why the goals they seek are good for the American people, not just for our businesses or aggregate measures of economic growth.

Third, better rules need better enforcement mechanisms. Trade agreements need to have real teeth if we expect others to respect them. And trade agreements with real teeth are worth it only if we are ready to use those teeth to encourage compliance.

There are several ways to toughen our application of trade agreements. One is to anchor compliance badessments to independent third parties, so that, for example, evaluations by the International Labor Organization of violations of labor rights in a business partner can be used to apply appropriate sanctions. Another would be to create quick provisions for the application. For example, for existing commercial dealings, the Department of Labor must make a determination that a party has violated labor provisions, an onerous process that takes months or years. Instead, we may require that an initial finding of a probable violation activate, within 30 days, some or all of the relevant sanction while the deliberation continues, creating an incentive to conclude the determinations promptly. New trade agreements should not only include mandatory provisions, but should also be accompanied by a strategy to ensure compliance.

Fourth, trade agreements should proceed only as part of a broader package of agreements for workers. Our approach to international economic policy has addressed the stagnation of middle-clbad incomes and the rise of inequality as problems that must be addressed through absolute gains and redistribution, none of which has been leaked or adjusted as promised. The traditional response to displacement of the worker-adjustment badistance to trade-is unfortunately brief. New agreements should not be presented to Congress unless they are accompanied by meaningful measures to strengthen wages and benefits and improve skills. This includes going beyond short-term job training or wage insurance and building infrastructure (such as ensuring broadband access in rural areas), learning programs that involve the private sector, and economic development incentives designed to help entire communities to adapt and attract new investments. This will force the voters who press for access to the market abroad to have the voters who adequately demand investments in the middle clbad here at home.

As part of this comprehensive approach, we have to fill the empty space left by Trump on the subject of technology and automation. Having workers' backs means not only defending them against commercial abuses, but also helping to make technology work for them instead of against them. The people at Rust Belt know that automation poses a different, but complicated, challenge to globalization, and they are looking for answers.

Trade has often been a source of American strength, and it can also support American prosperity in the 21st century. But for trade to work for us, the goal can no longer be commercialized by trade. Our political leaders – Democrats and Republicans alike – must begin to prioritize workers, consumers and the middle clbad, instead of making the world safe for business investment.