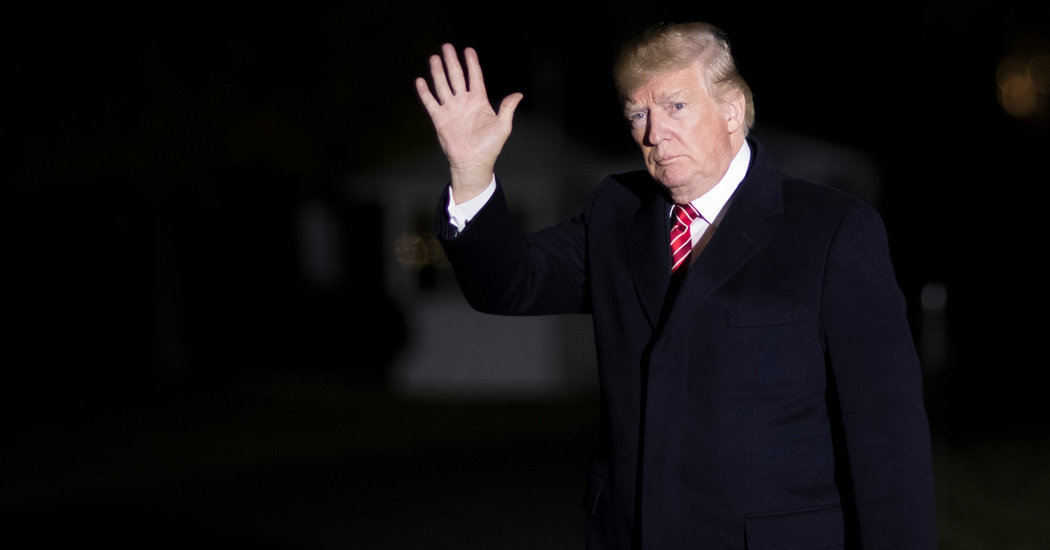 WASHINGTON – President Trump returned from his Thanksgiving break with new attacks on his least favorite news network, CNN, and suggested a contest for the "most dishonest" media outlet.

In a series of Twitter posts during the weekend and early Monday morning, Trump criticized the international arm of CNN for representing very badly "our nation before the WORLD." The president praised Fox News and praised his coverage of him and his administration.

CNN responded in a Twitter post that "it is not CNN's job to represent the United States before the world." That's yours. "

It is unusual for a president to so openly support a source of news about others. Mr. Trump has campaigned against CNN for months, and his administration is involved in an antitrust case that could potentially put CNN in the hands of more Trump-friendly media moguls.

Christiane Amanpour, a CNN journalist, responded to the president's post on Twitter with a reminder that journalists give their lives to "cover the facts and the truth." Ms. Amanpour posted a photo of her deceased cameraman, Margaret Moth, who was seriously injured in 1992 while covering the conflict in Bosnia.

On Monday, Mr. Trump suggested that a contest "as to which of the Networks, in addition to CNN and not including Fox, is the most dishonest, corrupt and / or distorted in his political coverage of his favorite president (me). "He said the winner would receive a" FALSE NEWS TROPHY! "

The former national security executives also reacted to the president's favoritism on Twitter.

"If he favors CNN O Fox and is not dismayed by this, he may now be insensitive and no longer able to become indignant, afraid if that is our new normal," wrote John E. McLaughlin, a former deputy director and interim director. of the CIA, in a Twitter post on Saturday.