Trump denies suffering of mini-strokes, ‘doctor says he is healthy’ 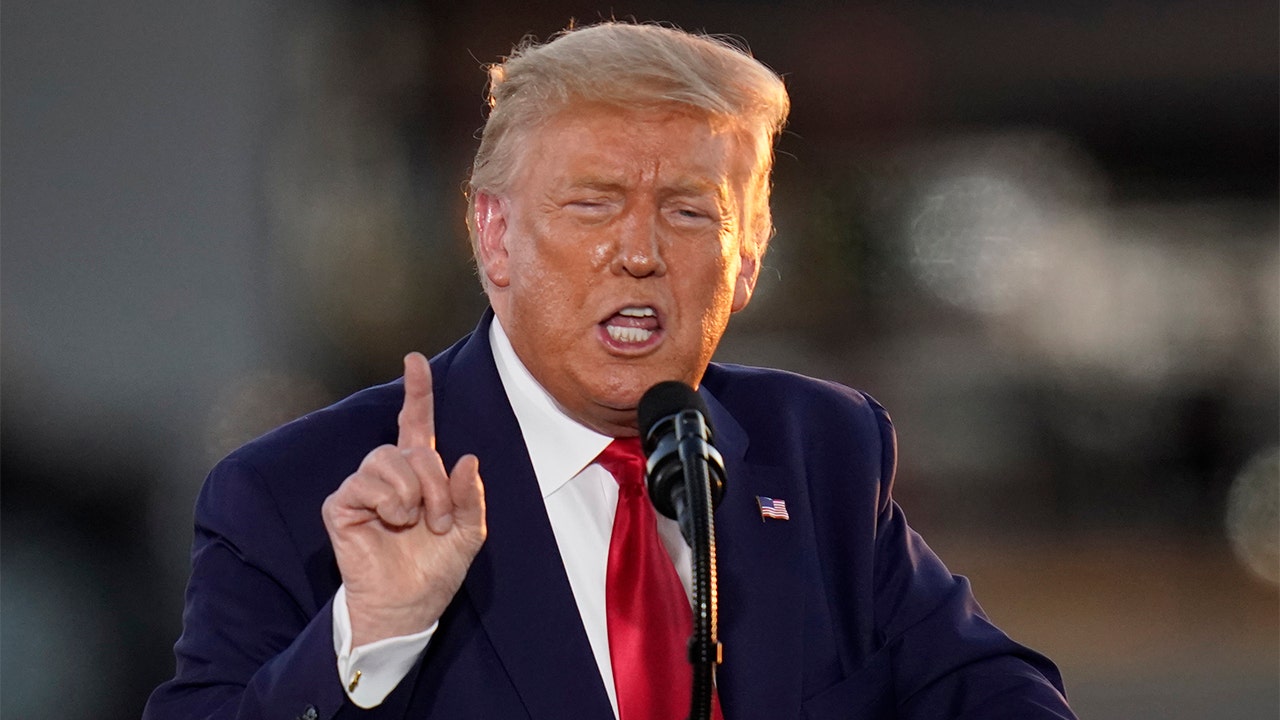 President Trump on Tuesday denied that he had “a series of mini-strokes” indicating an undetermined visit to Walter Reed Hospital in November 2019.

Trump wrote on Twitter, “It never ends! Now they are trying to say that your favorite president, me, went to Walter Reed Medical Center.” “Never happened to a candidate – FAKE NEWS! Maybe they are referring to another candidate from another party!”

Trump’s physician Dr. Sean Conley said on Tuesday that the president “remains healthy” and “will be fit to perform presidential duties.”

Conley said in a statement, “I can confirm that President Trump has not experienced and not experienced a cerebrovascular accident (stroke), transient ischemic attack (mini stroke) or any acute cardiac emergency.” Only rated. ” .

CNN reported this week that New York Times reporter Michael Schmidt claimed in his forthcoming book that Vice President Mike Pence was “on standby to temporarily assume presidential powers if Trump had to go through a process that would have cost him the anesthetic.” Required to make it. ”

The CNN story did not reference any reports about Trump having a stroke, but author Don Winslow claimed that Trump had “mini-stroked” in August.

“One advantage of making videos with 5 million + views is that you hear from a lot of people, including whistleblowers inside the Trump administration,” Winslow wrote on Twitter. “I have received three communications saying that Trump has suffered a ‘series’ of ‘mini-strokes’ during his tenure.”

Shortly after Walter Reed’s visit on November 16, 2019, Trump denied the “disgusting” false narrative that he was there due to fear of some kind of health.

In a phone interview on “Fox & Friends” with hosts Steve Dokie, Einsley Earhart and Brian Kilmade, the president insisted that it was part of his annual physical.

President Trump talks to the media before traveling to Air Force One in Kenosha, Wis. Travels on Tuesday, September 1, 2020, at Andrews Airforce Base, MD (AP Photo / Evan Vusi).

Fox News previously reported that the president spent more than two hours at the medical center on Saturday. The appointment – which was after a previous exam in February 2019 – did not appear in the president’s public schedule, as it did for his physical condition last year and this year.

The president told the “Friends” host that his doctor called him and asked if he would prefer to do the “first part” of his body at that time.

“Because I’m going to be a little busy in January and February in 2020,” he explained. “Especially if ‘Crazy Nancy’ does something that no one would have thought of doing. So, I’ll be busy taking interviews with Biden, watching ‘Shifty Schiff’ interviews and why she did it all and Why made? My statement.