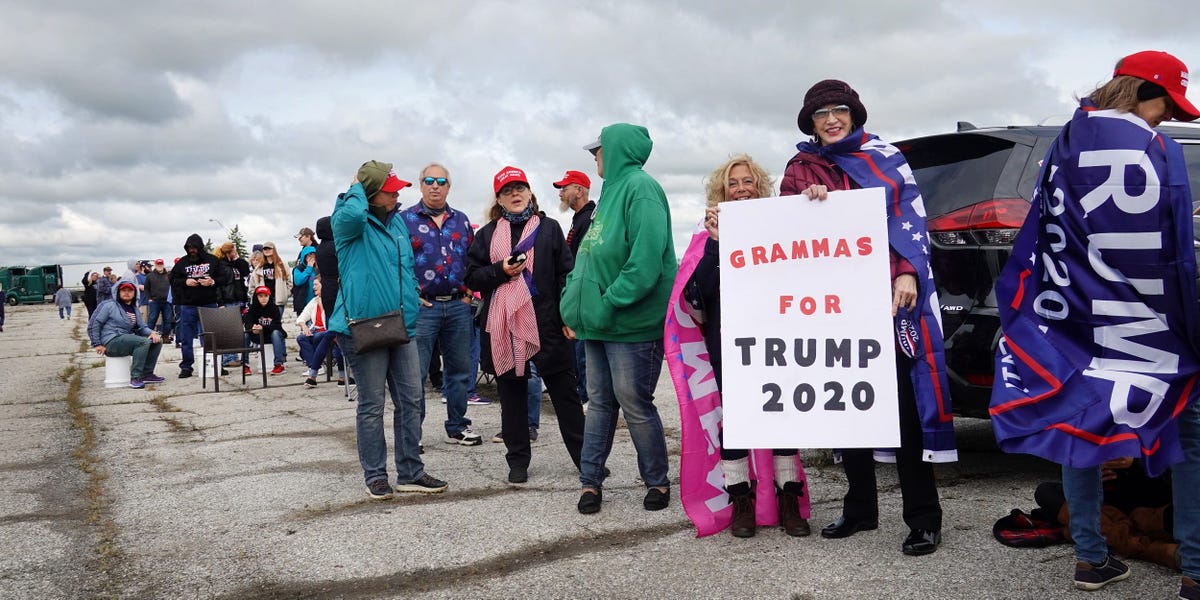 No mask? No problem, at President Donald Trump’s campaign rally in Michigan on Wednesday, an observation that New York Times reporter Kathy Gray kicked off before the incident.

In a post on Twitter, Gray stated that, among the thousands of people attending the rally in Freeland, “Probably 10% have masks.”

Local public health officials have urged residents to cover the face to prevent the spread of coronovirus.

“I’m just taken out [T]Ramp Rally, “the reporter posted, shortly after the president arrived at Airforce One. Gray described it as” the first “for him, saying that Trump campaign staff” tracked me down from the pix. ” [I] Tweeted and kicked me out. ”

Deputy National Press Secretary Courtney Parella of the Trump Reunion Campaign claimed that Gray was given the opportunity to remain at the event, provided he stopped reporting on it.

Parella claimed that Kathy was not credited as the press and was acting like the press in general admission. “Staff informed her that if she wanted to remain as a press, she would have to apply for credentials. She was offered to be the guest of the event if she did not act as the press , But he continued to do so. [and] So he was asked to leave. ”

Gray told Business Insider that he had applied for press credentials “and never heard back.”

“I was on a general admission ticket,” he said, and “so they told me they were asking me to leave.”