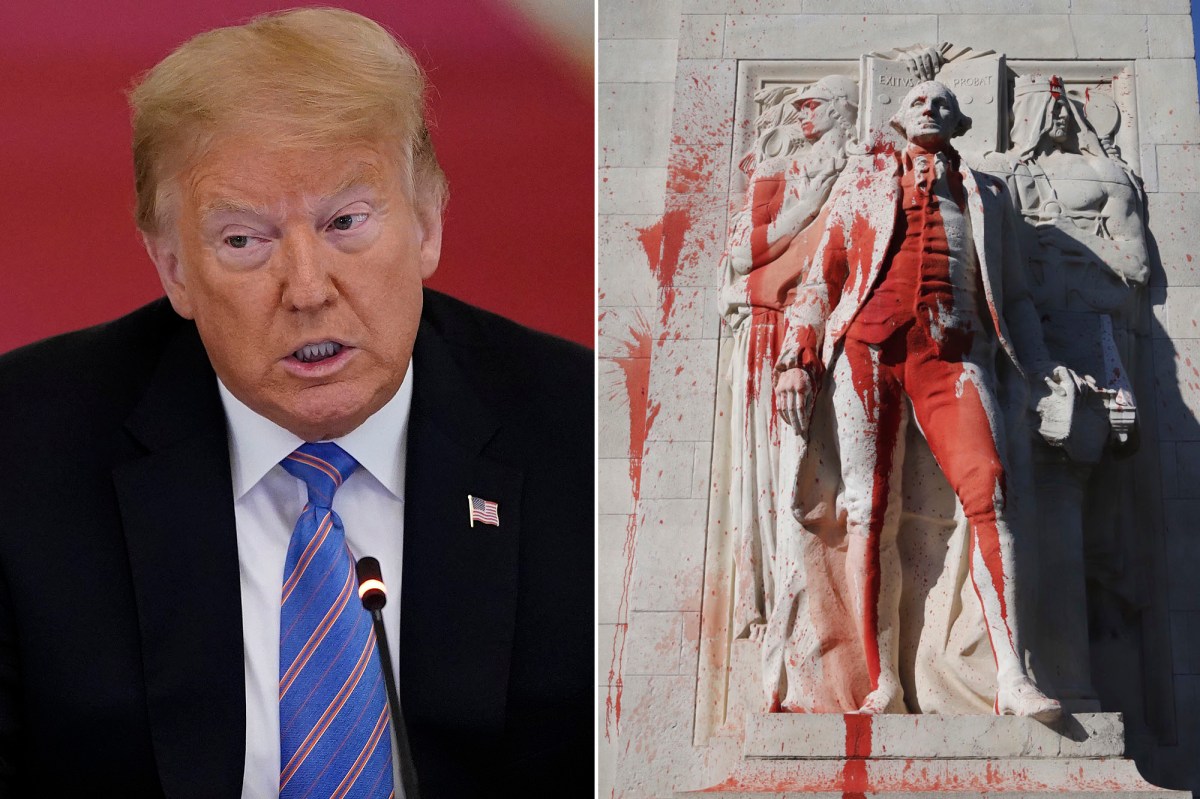 President Trump called on Tuesday the two vandals who threw red paint at the George Washington statues in Manhattan to turn themselves in, adding that “they will be prosecuted and face 10 years” behind bars.

“We are tracking the two anarchists who dumped paint on the magnificent George Washington statue in Manhattan,” the president said in a tweet.

“We have them recorded. They will be prosecuted and face 10 years in prison in accordance with the Monuments and Statues Law. Give yourself up now! added.

The two unidentified men, one of whom was wearing a hockey mask, are seen in surveillance footage walking near Washington Square Park with backpacks before the vandalism.

They stop at the iconic arch at the main entrance to the Greenwich Village park at 3:20 am Monday and speak to someone who is sitting on a Citi bike, the images show.

Both throw balloons full of paint at the statues, one from Washington as the nation’s first president and the other describing him as a general of the country’s Revolutionary War forces, the video shows.

One of the suspects has blonde hair and was seen wearing an N95 mask, black shorts, and a black T-shirt. The other was wearing a white hockey mask covering his face, a black shirt and black jeans, the images show.

Police said Tuesday that no one has been arrested in the incident yet.

On Friday, Trump signed an executive order that he said will tighten sanctions on those who destroy monuments.

“I just had the privilege of signing a very strong Executive Order that protects the Monuments, Monuments and Statues of the United States, and combats recent criminal violence,” Trump said in a tweet. “Long prison terms for these illegal acts against our Great Country!”

The order requires the Office of the Attorney General to directly prosecute anyone who “destroys, damages, destroys, or desecrates a monument, memorial, or statue within the United States or otherwise destroys government property.”

With reports from Amanda Woods