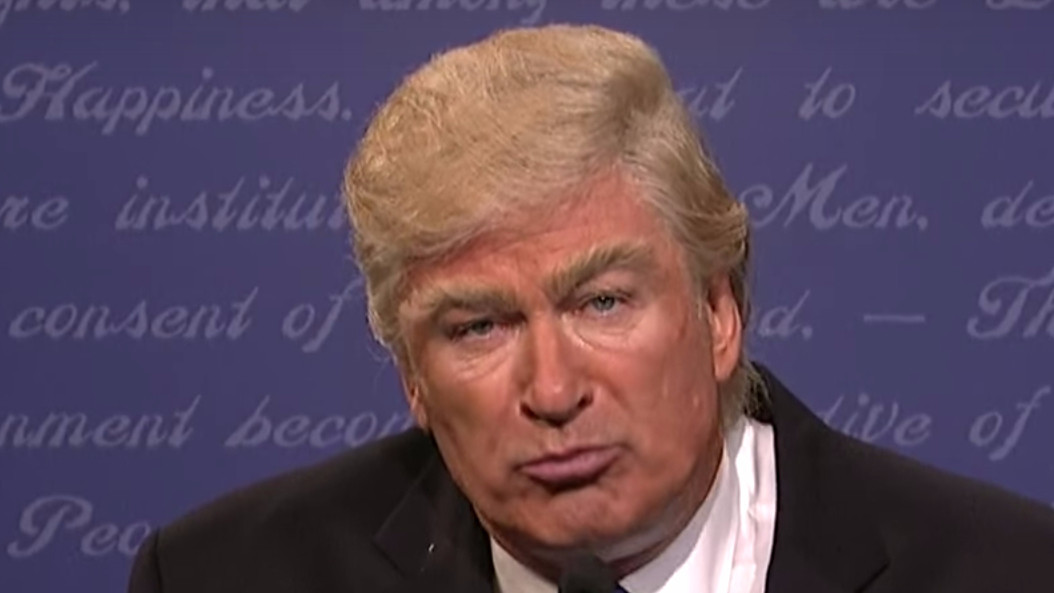 Alec Baldwin repeated his role as President Trump last night on "SNL" in an open open inspired by "A Christmas Carol."

Baldwin as Trump is visited by "the ghost of the flipped witness", Michael Flynn, the National Security Advisor dismissed from the President (played by Mikey Day) appears chained in the style of the doomed ghost of Charles Dickens, Jacob Marley.

Flynn tells Trump of Baldwin: "I came to warn you, it's time for you to come clean for the good of the country."

Baldwin then has his Trump groping for his words, unable to say the phrase "good of the country."

Chained Flynn says that there are many people in the president's past who will go back to chase him and that three are on the way.

First is Billy Bush, who appears as a reminder of the "Access Hollywood" film that came to light during last year's presidential campaign. ("Can you believe he was fired just for listening to you?")

The second is Vladimir Putin (played by Beck Bennett without a shirt), who scolds Trump: "We put a lot of work into you, a lot of time and Money, and you're about to ruin everything up, you seem so volatile … Chill out, broski. "

Finally, appearing with a black cloak and a hood, Steve Bannon is not as expected by Baldwin Trump, but Hillary Clinton (Kate McKinnon). "You have no idea how long I've waited to say this," he says happily, "lock him up!"

Trump is committed to changing his habits after visits.

"I know what I need to do," he says. "Clears seasons 1-14 from The Apprentice & shoots Robert Mueller."

Look at the above clip.