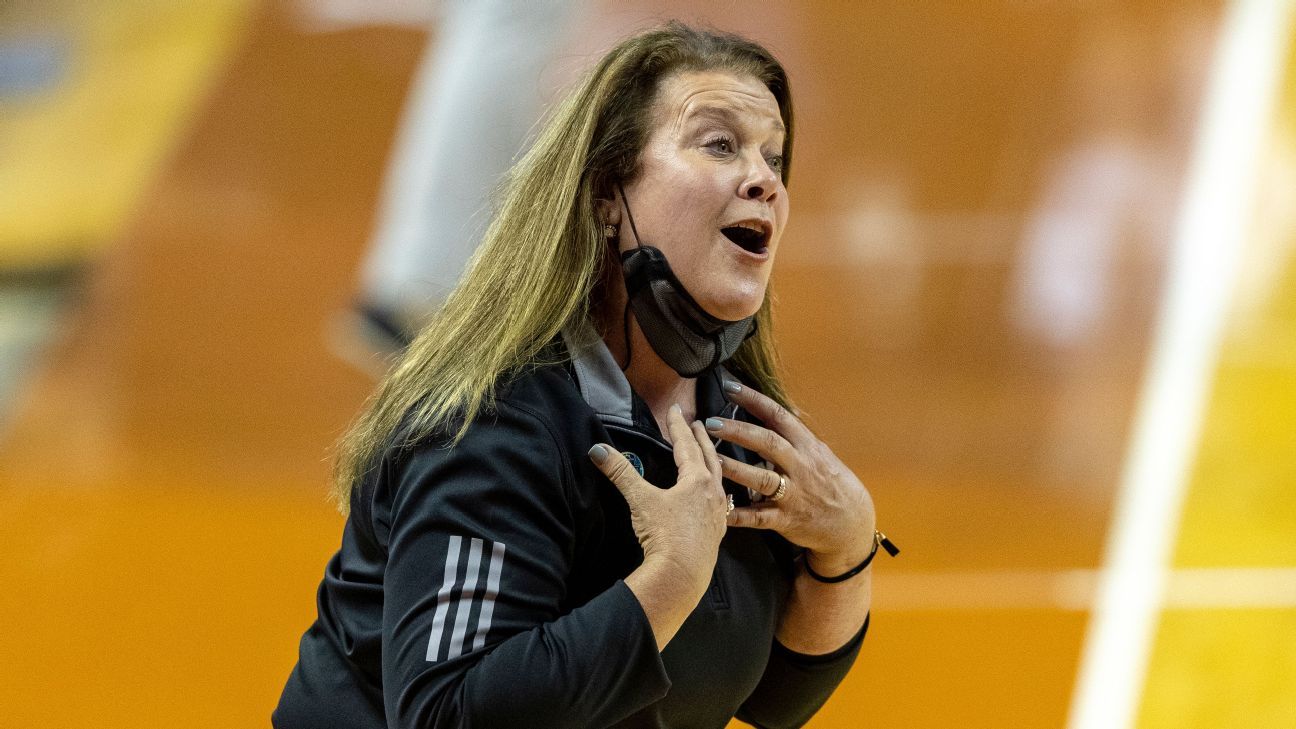 Troy’s coach Chanda Rigby said a missed call at the end of Monday’s 84-80 loss to No. 2 seed Texas A&M cost the No. 15 seed Trojans a chance for a surprise. historic in the NCAA women’s basketball tournament.

Troy was making his fourth tournament appearance and looking for his first win. A No. 15 seed had never won the NCAA women’s basketball tournament.

Texas A&M led 82-80 with 4.5 seconds left and was getting the ball into the front court. Kayla Wells’ pass bounced off the fingertips of her teammate Destiny Pitts, who then chased after him, gained possession and dribbled into the backcourt. A roundtrip infraction was not called as officials deemed Pitts had no frontcourt possession.

Instead, Pitts was fouled and made both free throws with 2 seconds left to give the Aggies the margin of victory.

Neither Troy player touched the ball on the contested pass. Rigby said he thought it was rape, which would have given Troy possession.

“It looked like he touched it and he went to the back court. It seemed very obvious that that happened,” Rigby said. “We were seeing if we could correct the call, but we didn’t. We had all the momentum at that point. If we had gotten that call, I don’t think there would be any way that we would have lost the game. I would have allowed to lose. “

Texas A&M coach Gary Blair said he hadn’t seen a replay, but the problem was with ball control.

“I didn’t know if we had it under control,” he said. “I think that’s why [the referee] I didn’t call him. But I can’t say for sure. If she was in control of that, it was a back and forth. If she wasn’t in control, it was a good decision. “

However, even if the call had gone in Troy’s direction, the Trojans would still have had to put the ball in and attempt to score in the final seconds. But Rigby’s frustration also stemmed from two other calls in the last minute that were against the Trojans.

With 54 seconds to go, Troy’s Tyasia Moore fired a shot after contact with defender Jordan Nixon, which would have tied the score at 79-79 and sent her to the line. Instead, Moore was fouled, the fifth. Then, with 30 seconds to go, Troy’s Alexus Dye was called for her fifth foul when Nixon entered the lane.

In total, the Trojans were called for 25 fouls compared to 13 for the Aggies.

“Even though Texas A&M is a great team, the No. 15 seed had them on the ropes for a long time,” Rigby said. “The fact that they buried us deep in the post hurt us. I knew if we put them on the free throw line in the fourth quarter, it would be difficult to beat them. It seemed like they kept calling us one foul, one foul after another, after The foul. Our two most experienced players fouled, and that made it difficult. But we kept fighting. “

Blair said he thought second-half turnovers hurt Texas A&M, but they still kept going. They will face No. 7 seed Iowa State in the second round on Wednesday.

“They had an open 3 to go forward, and they didn’t make it,” he said of Troy’s failure from behind the arc with 19 seconds left. “That’s life sometimes. But umpires in general, I thought they did a good job. It wasn’t that, it was just a hard ball game.”