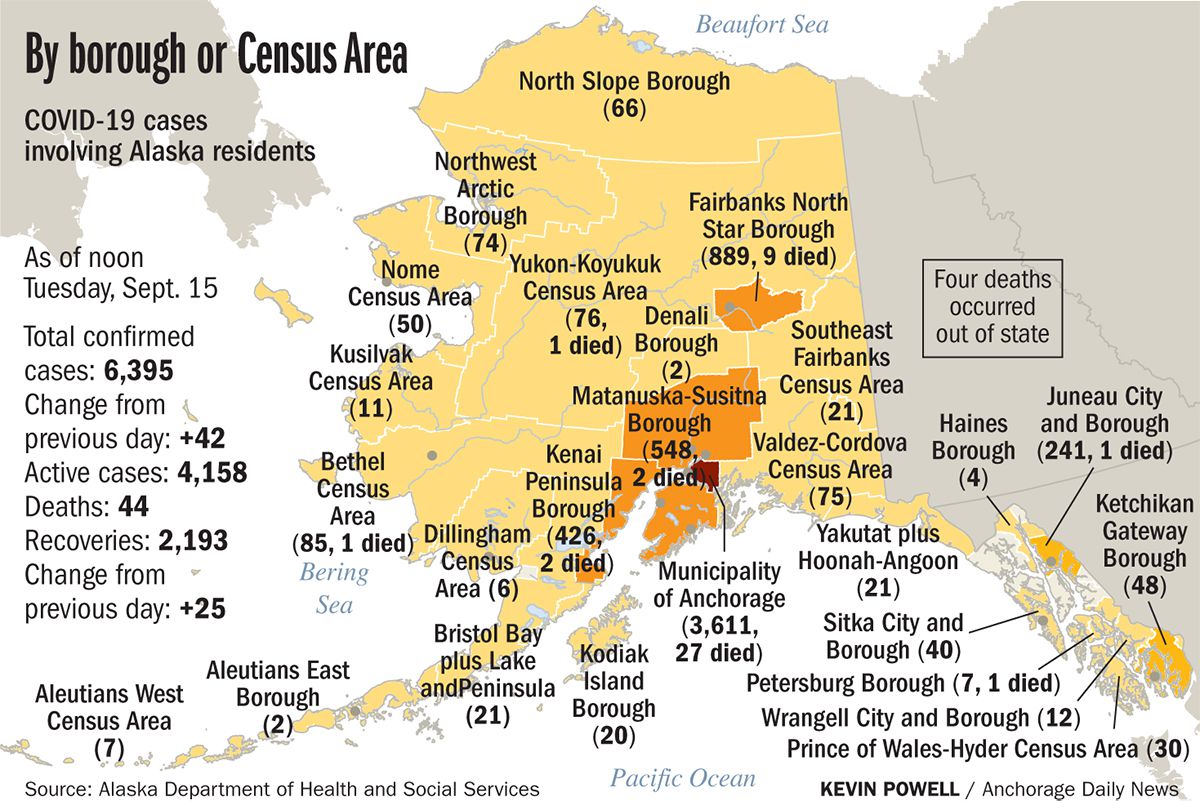 We are providing this important information about the epidemic available without membership as a public service. But we depend on reader aid to do this work. Please support only $ 3.23 a week to support independent journalism in Alaska.

Alaska announced 43 new cases of COVID-19 on Tuesday, according to the Department of Health and Social Services COVID-19 dashboard.

The department did not announce any new deaths on Tuesday. A total of 44 Alaskans have died with COVID-19 since the epidemic began in March. The state’s death rate is one of the lowest in the country.

According to state data, on Tuesday, 42 people were hospitalized with COVID-19, while two other patients at the hospital were awaiting test results. Of the 153 intensive care unit beds in Alaska, 85 were in statewide use.

Active cases of COVID-19 among Alaska residents increased from 4,141 on Monday to 4,158 on Tuesday. 709 active cases were reported among non-residents.

In new cases, it was unclear how many patients were showing symptoms of the virus when tested positive.

Of the 42 new cases involving residents of COVID-19, 22 were in anchorage; One was in Kodiak; Five were in Fairbanks; Wasilla had four; One was in Utagwik and one was in Douglas.

In communities smaller than 1,000 were not identified to protect privacy, there were five cases in the Bethal census tract; One in the United Bristol Bay and Lake and Peninsula Boroughs and two in the Kusilvak census tract.

A single non-accidental case was reported in Ketchikan.

The state’s test positivity rate was 2.11% on Tuesday, compared to a seven-day rolling average.

[Because of a high volume of comments requiring moderation, we are temporarily disabling comments on many of our articles so editors can focus on the coronavirus crisis and other coverage. We invite you to write a letter to the editor or reach out directly if you’d like to communicate with us about a particular article. Thanks.]