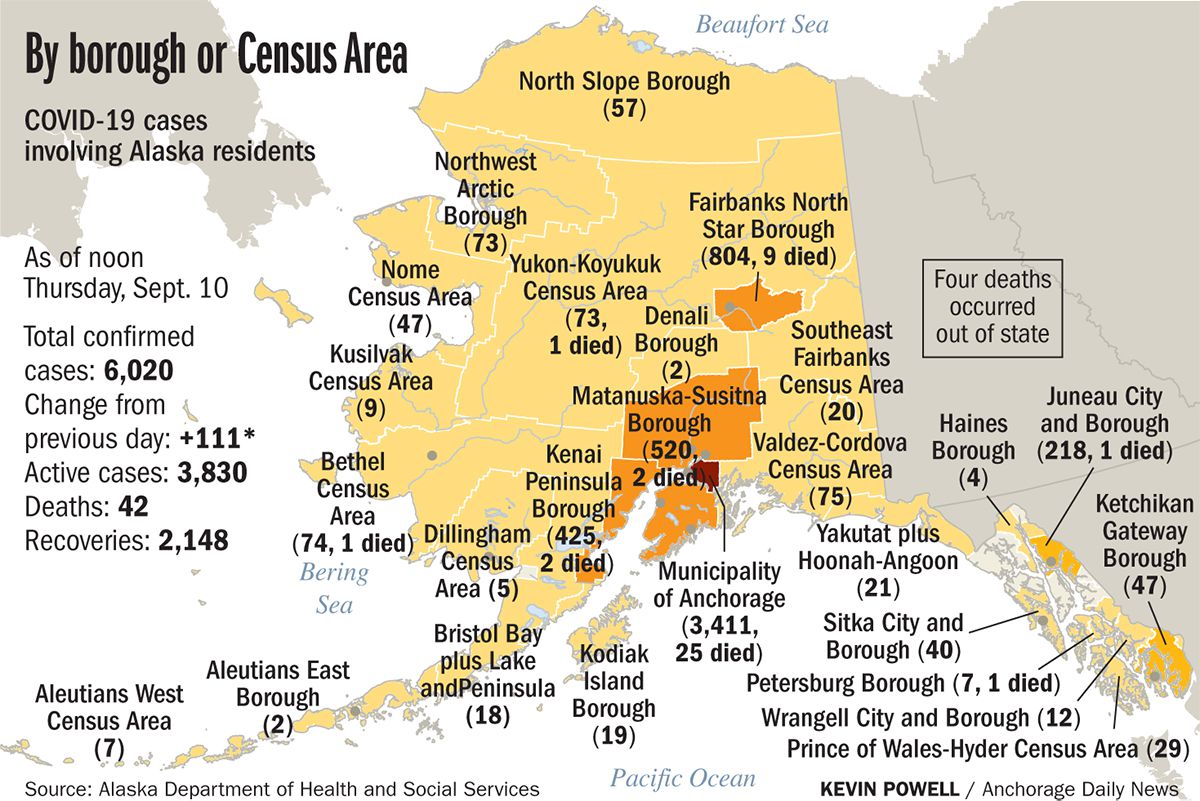 We are providing this important information about the epidemic available without membership as a public service. But we depend on reader aid to do this work. Please consider joining $ 3.23 per week with others who support independent journalism in Alaska.

Alaska reported 112 new COVID-19 cases on Thursday, all including one resident, according to the Department of Health and Social Services COVID-19 dashboard.

There was no new death. In total, 42 have died with the virus since the onset of the epidemic in Alaska, five of which reported last week. Alaska has the lowest number of COVID-19 deaths per 100,000 people.

The state is dealing with several coronovirus outbreaks, including one involving Brother Francis Shelter in Anchorage, where municipal officials reported 100 cases on Thursday – no new cases – but 27 new positive tests at other shelters for a total of 68 .

Officials said on Thursday that eight people have been hospitalized with the outbreak. Four are still in hospital and three have been released. One person has died.

Other outbreaks have been reported at the Pioneer Home and McLaughlin Youth Center in Langer.

According to state data, as of Thursday, Alaska had 3,830 residents and 692 active cases among non-residents.

Since the virus was first detected in March, 6,020 Alaska and 895 non-residents have tested positive for COVID-19.

According to state data, across the state on Thursday, 39 people were hospitalized in intensive care with COVID-19 – 11, while three other patients at the hospital were awaiting test results. Of the 153 intensive care unit beds in Alaska, 69 were in use.

In new cases, it was also unclear how many patients were showing symptoms of the virus when tested positive.

Of the 111 new resident cases reported on Wednesday, 54 were in langar, including three in Chugiak and two in Eagle River; One was in Kodiak; 21 were in Fairbanks and five were in the North Pole; One was in Palmer and four were in Wasilla; Two were in Northwest; Eight were in Juneau; One was in Sitka; And one was at Bethel.

A non-case condition was listed as unknown.

The state’s test positivity rate as of Thursday was 1.99% above the seven-day rolling average.