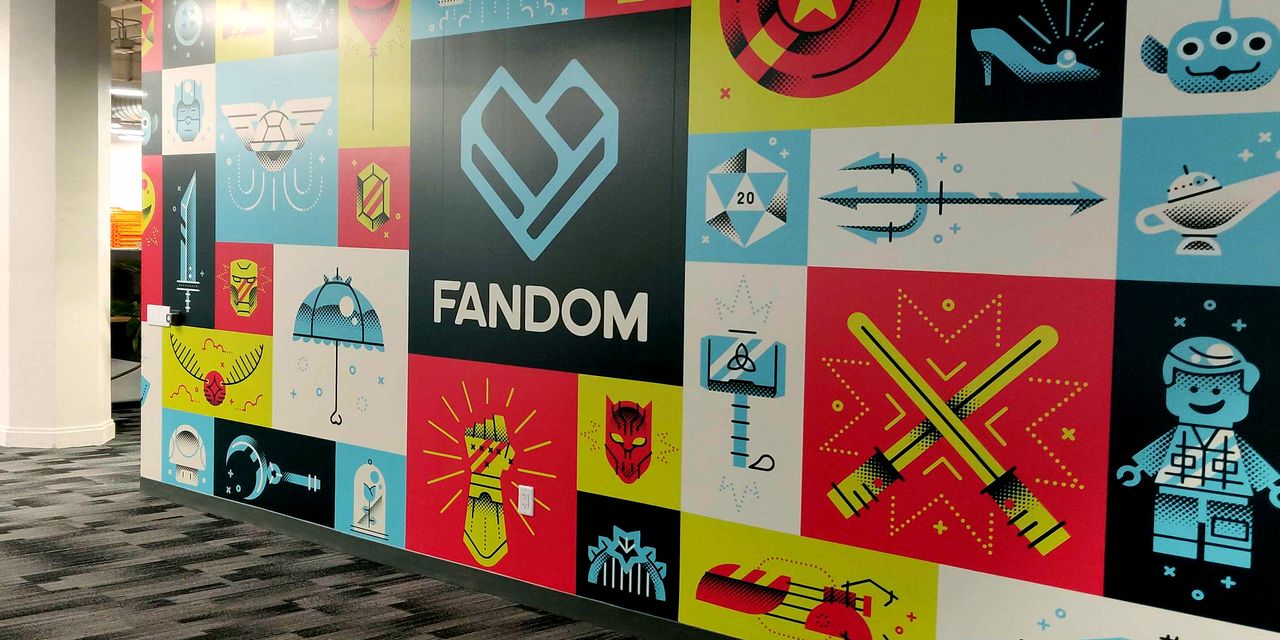 The deal is the most recent case of a digital media company trying to sell products directly to consumers and better attract marketers who go after the same customers for the same purpose.

The financial terms of the deal, which was financed with a combination of cash and shares, were not disclosed. UK-based Focus Multimedia also owns a business focused on products that help people learn to drive, which will remain with the selling shareholders.

San Francisco-based Fandom, which was originally known as Wikia, was acquired in 2018 by Integrated Media Co., an internet media investment firm backed by private equity firm TPG and run by the digital media veteran. and former News Corp executive Jon Miller. . The deal at the time valued Fandom at more than $ 200 million, according to a person familiar with the matter.

Profitable Fandom expects to generate $ 200 million in revenue this year, according to people familiar with the matter. That would continue the business’ trajectory of increasing revenue 40-60% each year since its acquisition by Integrated Media, the people said.

Founded in 1995 as a mail-order game distributor, Focus Multimedia launched the business that became Fanatical in 2012. Fanatical now offers a catalog of more than 8,000 digital games, e-books and e-learning courses from more than 1,000 publishers and developers.

This background in getting people to pay for games and other products will accelerate Fandom’s efforts to generate direct-to-consumer business revenue streams, said Perkins Miller, Fandom’s CEO.

CMO Today offers the most important news of the day for media and marketing professionals.

Fandom says it has 150 million users who visit Fandom.com each month to view its game content, which includes information about games and characters, as well as tips and tricks for gamers. Its gaming-focused email newsletter, which launched in Q4 2020, has more than 1 million subscribers and is on track to reach 3 million subscribers by the end of the year, according to the company.

Adding a commercial item through Fanatical allows Fandom to sell games and related merchandise to users who have shown interest in them, according to executives.

“The idea is to close the cycle of fan interest in a transaction,” said Miller, CEO of Fandom.

“Even more interesting is bringing them back again,” added Stephanie Fried, Fandom’s chief marketing officer. “Part of the value of Fandom is helping people love the things they love more. But once they buy that game … we can help them figure out the next game and take them down the funnel again to buy. “

Digital media companies have been working to diversify their income like Alphabet Inc.’s

they have absorbed a growing share of digital advertising spending.

“In today’s environment, there is a lot of power in having a deeply engaged audience,” said Andrew Lipsman, principal analyst at research firm eMarketer. “The bygone era of digital monetization was all about scale – using Facebook and Google to increase audience size, but much of that audience was a mile wide and an inch deep. The pendulum is swinging from scale to depth of engagement. “

Fandom itself has existing paid revenue streams with commerce and subscriptions through D&D Beyond, a digital tools provider and retailer of the popular Dungeons & Dragons tabletop role-playing game.

Fandom aims for its revenue streams to be split evenly between advertising, business transactions and subscriptions within the next two to three years, according to its CEO.

Focus Multimedia is Fandom’s third acquisition since it was acquired by Integrated Media. The company is seeking more deals, particularly around creator-focused businesses in video and audio, Miller said.

“We believe that we can do more to serve the fans,” he said.