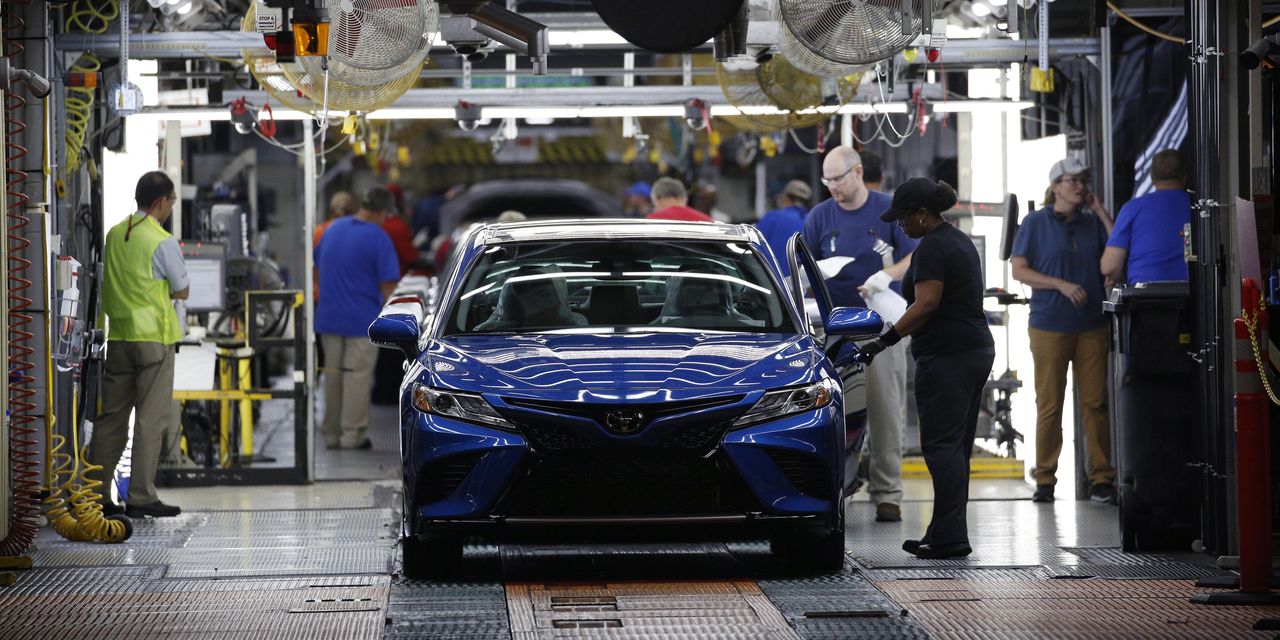 He said supply chain problems were complicating their businesses as abnormal weather, port blockades and the ongoing impact of Covid-19 combine to disrupt global supply chains.

Toyota and Honda said Wednesday they would halt production at North American plants due to shortages of crucial supplies, including plastic, petrochemical and semiconductor components. Honda also blamed delays at the port and severe winter weather that has frozen plants and pipelines across the central United States for the disruption.

Meanwhile, Samsung, the world’s largest smartphone maker, said a severe global chip shortage would affect its business in the next quarter. The South Korean company also said it might not launch a new model of one of its most popular phones, although it said the move was aimed at preventing it from competing with an existing phone.

The disruptions underscore how a number of forces are joining to tighten the world’s supply chains – from the pandemic-driven surge in demand for tech products to a backlog of imports at clogged California ports and factory disruptions. Americans caused by severe weather. The timing is particularly worrying for manufacturers because the United States and some other economies are beginning to reopen thanks to vaccination drives.

“Automotive companies initially had to bear the brunt of this shortage, but now it has spread to almost every part of the consumer electronics sector,” said Sanjeev Rana, a senior analyst at investment bank CLSA in Seoul.

Semiconductors have been in short supply for months after smartphone, PC, tablet and TV makers underestimated expectations during the pandemic, before spiking orders that caught chipmakers off guard.

Amplifying the deficit was the severe winter weather last month in the central United States. Samsung, also one of the world’s largest chipmakers, was forced to idle two chip factories in Austin, Texas, last month. The facilities account for about 28% of Samsung’s total production, according to Citi analysts, and remained closed until Wednesday. Dutch chipmaker NXP Semiconductors NV also cut work at two facilities in Austin due to severe weather, although production resumed last week.

Toyota said Wednesday that a petrochemical shortage was to blame for shutting down production at its Kentucky factory, where it makes Camry and Avalon sedans and the hybrid version of its RAV4 sport utility vehicle. The shortage would also lead to production cuts for its Mexico-built Tacoma pickup. The company did not expect to lay off any workers for now.

Honda said it will halt production at most of its US and Canadian car factories next week due to a combination of supply chain issues, including delays at ports that have delayed parts delivery, a lack of chips and severe weather in the US Cold temperatures had caused pipes to burst at some of its factories, hampering their ability to get back on track, the company said.

The shutdown is scheduled to begin at most of Honda’s five automotive plants in the United States and Canada on March 22 and will last for a week, the company said, without specifying which plants would halt production. Honda said the length of the shutdown could change based on parts supply. Workers will continue to be paid to perform other tasks at the plants, he said.

The problems are the latest in a series of recent problems for the auto industry. General motors Co.

All have announced production cuts or temporary plant closures due to chip shortages. The congested ports in Los Angeles and Long Beach, California, are a particular problem for Asian automakers who import parts they use in their US factories.

It said it was dealing with a large backlog of unbuilt vehicles caused by both a chip shortage and snowstorms in Texas. The German automaker said in response to questions from The Wall Street Journal that it would try to catch up with its vehicle production in the second half of the year.

they have reached production limits, and the company has invested billions of dollars in new capacity to meet demand.

Koh Dong-jin, Samsung’s co-chief executive officer, told investors on Wednesday that dealing with the imbalance between supply and demand for chips had become a priority for staff. He said executives were traveling abroad, despite travel restrictions, to discuss the issue with business partners.

Koh also said the company was considering not launching a new Galaxy Note smartphone this year, one of the company’s most popular products, though he said any such delay would be more due to concerns that the model would compete with a phone. with which it was launched. similar features earlier this year

Demand for many electronic products exceeded expectations last year. For example, PC shipments rose 13% last year, according to research firm IDC, the fastest growth rate in 10 years. Smartphone shipments fell 5.9%, but IDC and other companies had forecast steeper declines earlier in the year.

“When Covid-19 hit in the first half of last year, many of these manufactures, like everyone else, thought the global economy was going to sink,” said CLSA’s Mr. Rana. Instead, “all spending on tourism, etc., went to these devices, and companies were not prepared for this increase in demand.”