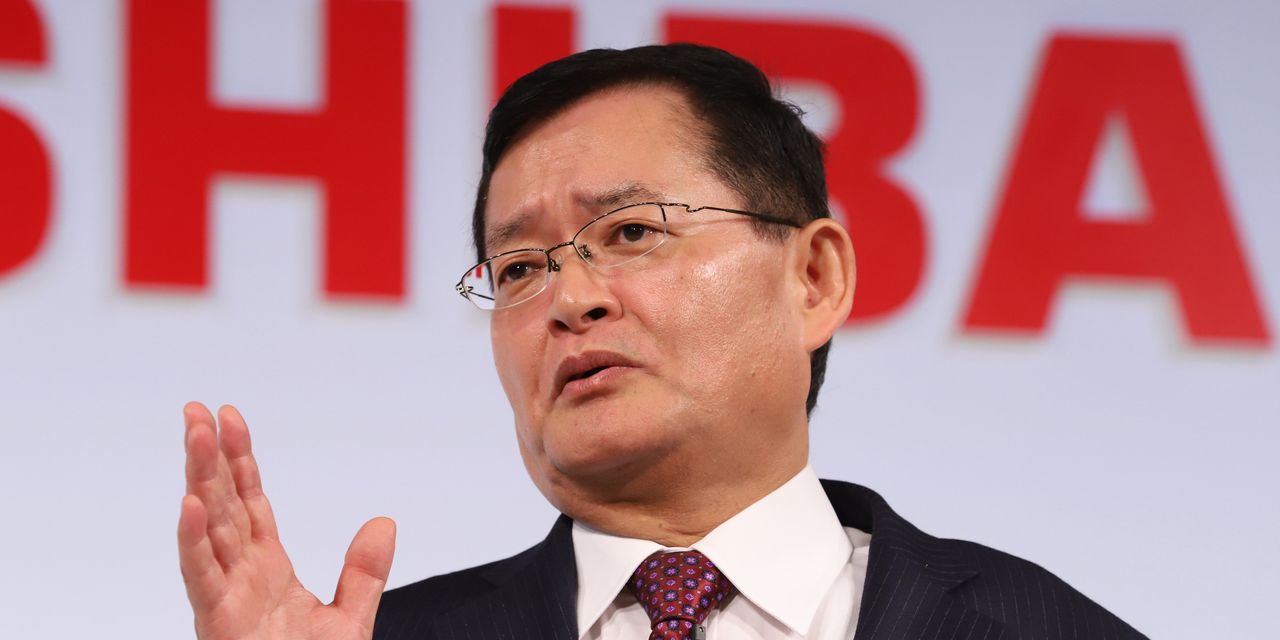 Japan’s Toshiba Corp. said on Wednesday it received an acquisition proposal from private equity firm CVC Capital Partners, in a deal that could be valued at more than $ 20 billion if completed.

Toshiba said it will seek more details on the offer and consider the proposal carefully.

Toshiba shares rose 18% in Tokyo trading on Wednesday to close at ¥ 4,530, equivalent to $ 41.26, the highest level since December 2016. That gives the company a market capitalization of almost $ 19 billion. The Nikkei newspaper said CVC was offering a 30% premium, suggesting that the proposal would value Toshiba at just over $ 20 billion.

The deal would be one of the largest leveraged acquisitions in history, according to Dealogic, and possibly the largest in Asia, rivaling the 2018 deal led by Bain Capital to acquire Toshiba’s flash drive. In a leveraged buyout, a finance company like CVC uses borrowed money to buy a business, usually in the hopes of improving its operations and selling at a profit later.