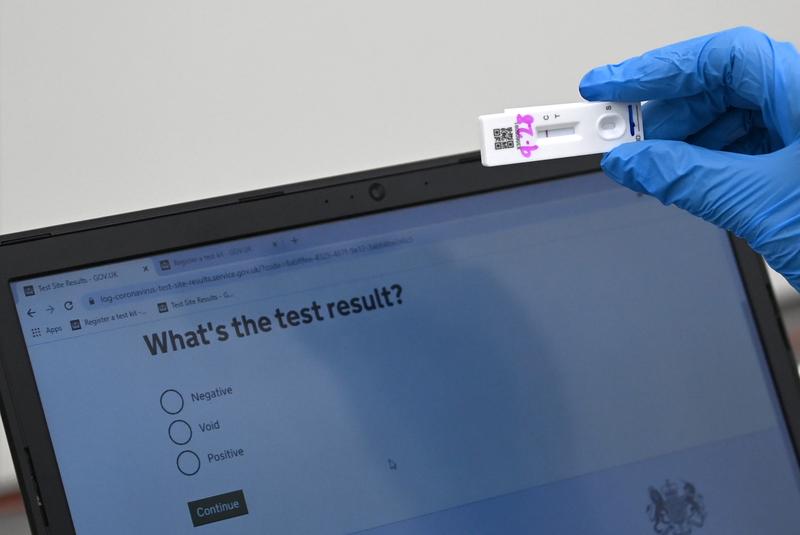 LONDON (Reuters) – British Prime Minister Boris Johnson said on Monday it was too early to say whether international summer holidays can continue this year, a comment that suggests the planned reopening of overseas travel could be delayed further. May 17.

The British are among Europe’s biggest spenders, so the fate of the continent’s summer season and the travel industry, hit hard by travel restrictions due to the COVID-19 pandemic, will depend. of when tourists can return to the beaches, cafes and taverns of southern Europe.

When asked about the summer holidays, Johnson told reporters that he did not want the virus to be re-imported into the UK from other countries, so it was not possible to give more clarity as the global situation was evolving so fast.

“Obviously we are hopeful that we can get going as of May 17, but I don’t want to give fortune hostage or underestimate the difficulties we are seeing in some of the destination countries that people might want to go to,” he said. . .

“I wish I could give you more on that, I know people who are watching will want to know exactly what they can do as of May 17, but we haven’t gotten to that point yet,” Johnson said. “As soon as we have more robust information, more robust data, we will let you know.”

A British government travel review said it was not yet clear whether tourists would have to wait beyond May 17 for exit restrictions to be lifted.

Johnson’s lack of clarity disappointed Britain’s largest airport and travel companies, who said the sector was on the brink of collapse.

“It is disappointing that the opportunity to provide more certainty to reunite families separated by travel restrictions has been missed, to give sun seekers the confidence to book early for their summer getaway,” said Heathrow CEO, John Holland-Kaye.

“A clearer timeline is needed for the return to international travel,” Holland-Kaye said.

Noel Josephides, president of the Sunvil travel group, told Reuters before Johnson spoke that the industry would need weeks of notice to reopen hotels and resume flight routes.

“It is not possible to launch a tourism operation one or two weeks in advance,” he said.

Britain plans to use a traffic light hazard system for countries once non-essential international travel resumes, but the government said it was too early to say which countries could be given the green light that would only require coronavirus testing sooner. and after the trip.

Countries that could fit on the green list are Portugal, Malta, Israel, the United Arab Emirates, and the United States.

Airlines like easyJet, Ryanair and British Airways, as well as holiday groups like TUI, hope to avoid a second wasted summer, but COVID-19 cases have increased in continental Europe.

Johnson said a planned reopening of the economy could take place next week, with the opening of all shops, gyms, hairdressers and outdoor hospitality areas in England.

With the vaccine rapidly deploying in Britain and the number of infections falling, Johnson said England could move to Stage 2 of its roadmap out of the lockdown starting April 12.

“I will go to the pub myself, and cautiously but irreversibly put a pint of beer to my lips,” Johnson said.

Johnson also confirmed that the government was seeking a COVID-19 status certification system, or vaccine passport, to help reopen larger events and travel.

“You have to be very careful when handling this and … don’t put in place a discriminatory system.”