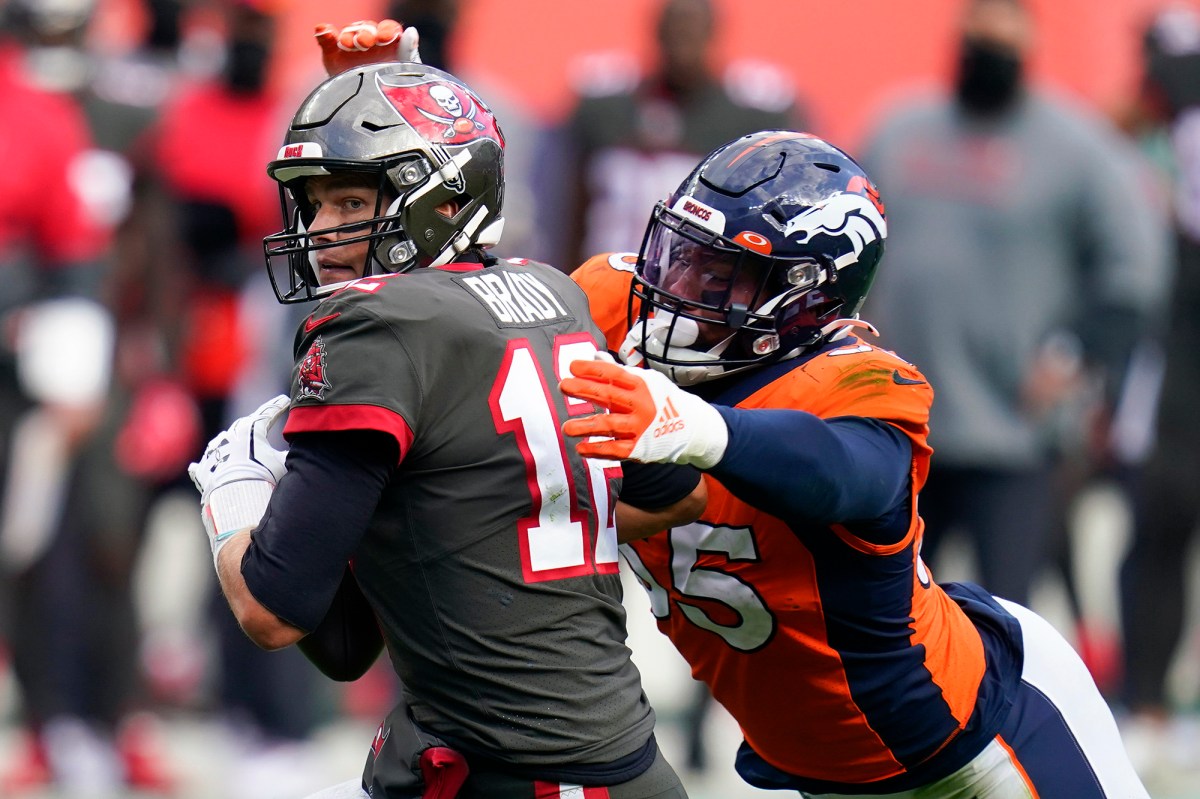 Patrick Mahomes and the top-ranked Kansas City Chiefs hit Lamar Jackson and the No. 3 Baltimore Ravens on the road on Monday night, taking their first spot on the list for the third straight week.

Mahomes swung the ball around for 385 passing yards – four different receivers with TDs – to become the fastest player in the history of 10,000 passing yards (34 games) in NFL history. The undercover Casey defense put Jackson under 100 passing yards (a career-low 97) and an offensive touchdown. Next: Sunday vs New England.

Injuries are on the rise for the NFC’s top team with former Jets safety Jamal Adams (waist), running back Chris Carson (knee) and guard Damian Lewis winning over Dallas on Sunday. Russell Wilson’s 14 TD passes are the most by any quarterback in NFL history through three games, one more than the Mahomes in 2018. Next: Sunday in Miami.

Don’t scout, third-year starter Josh Allen is legitimately in early MVP conversations with two quarterbacks in this week’s poll, 12 total TDs (10 passes) and an interception 3-0 through the Bills’ no-fluke. . Start for the second consecutive season. Next: Sunday in Las Vegas.

Don’t count 36-year-old Aaron Rodgers (9 TD, 0 INT) in this race yet either, as he and second-year coach Matt LaFleur appear completely in sync through three games. The Pack scored 37 points (without Davante Adams) to beat The Drew Trees and The Saints. Next: Monday vs. Atlanta.

Jackson managed 83 riding yards on Monday night, but the league MVP, who ruled the MVP, is now 0–3 in his career against the Mahomes. Rance’s fourth-place defense was 517 total yards by the KC offense. Next: Sunday in Washington.

TJ and Derek Watt got three of the best Texans of elder brother JJ Watt in only the second NFL game in 93 years. The Steelers continue a good pass-run mix from Ben Roethlisberger with 237 yards in the air and 169 against Houston. Next: Sunday in Tennessee.

The Titans have picked up where they missed last season’s unexpected run in the AFC title game, using a combination of Ryan Tanehill, NFL running back leader Derrick Henry (319 yards) and new kicker Stephen Gostoki since 2008. Started for their first 3–0. Next: Sunday vs. Pittsburgh.

Cam Newton led the Pats in rushing yards each in the first two games with his new team, but rushing Sonny Mitchell and Rex Burkhead accounted for 238 yards and three touchdowns from scrimmage on the Raiders on Sunday. Next: Sunday in Kansas City.

Jared Goff and the Rams return from the Falcon-esque 28-3 hole with 29 straight points, only to suffer their first loss of the season in the closing seconds against the Buffalo. Their Aaron Donald-led defense (89 points allowed) will need to tighten things up to remain competitive in a loaded NFC West. Next: Sunday vs Giants

Tom Brady has started to find some rhythm with his new weapons within Bruce Arion’s offense, 59 points in his last two wins following a gutsy Week 1 loss. TB12 also gave the ball to old friend Rob Gronkowski and took six wickets for 48 yards in Sunday’s win over Denver. Next: Sunday vs LA Charger

Does anyone think there will be more (two) more local teams winning this season in the 49 seats already at MetLife Stadium? Daniel Jones and the Giants’ offense did not take a single picture inside the red zone against a team practically missing half of their starting lineup. This is a bigger problem than the absence of Sakon Barclay. Next: Sunday at La Rama.

From the Silver Linings playbook, at least the Jets can claim that their first-round left tackle, Mekhi Becton, made an early impact compared to their veteran counterpart Andrew Thomas. But really, that’s all they can say. Offensively, the Gacy / Darnold unit is ranked last in the league in scoring, total yards, passing yards and first downs. Next: Thursday vs. Denver.