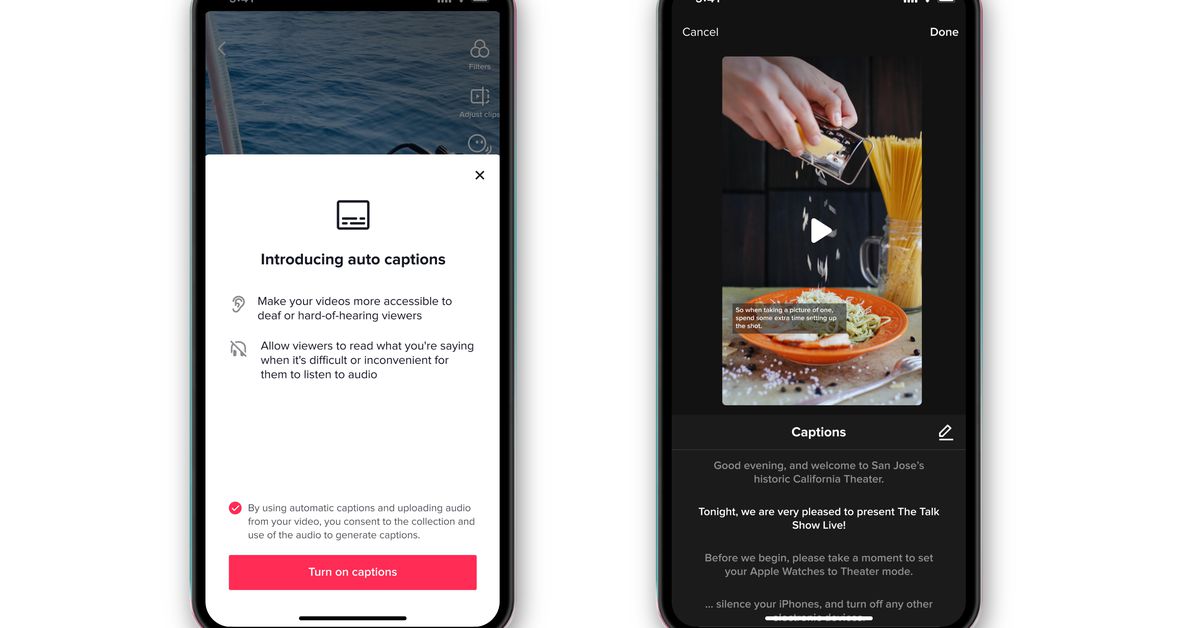 TikTok creators will soon be able to add auto-generated captions to their videos as the app tries to make itself more accessible. The option to add automatic captions will appear on the edit page after a video has been uploaded or recorded. TikTok says the feature will be available in American English and Japanese at first, but plans to add support for more languages ​​”in the coming months.”

The platform is adding the feature to make TikTok videos easier for viewers who are deaf or hard of hearing. However, a TikTok dialog also says the feature is useful for anyone watching videos “when it is difficult or inconvenient for them to hear audio.” Creators can edit their captions after they have been auto-generated to correct any errors, and viewers can disable captions via the captions button on the sharing panel.

As automatic transcription has improved over the years, services have increasingly added it to their software to make content more accessible. Last month, Google brought the feature to Chrome, allowing it to generate subtitles for audio played through the browser. The company’s live caption system is also available as a system-wide feature for select Android devices. Video chat services like Zoom and Google Meet can automatically generate captions during calls, and Instagram too seems to be testing a similar feature for your videos.

TikTok’s automatic captions are just its latest accessibility feature. The app also warns creators about videos that can trigger photosensitive epilepsy and provides filters for viewers to avoid these videos. A text-to-speech feature was also added late last year.