Tigers 4, Royals 3: Power and a strong bullpen are the first home wins of the season 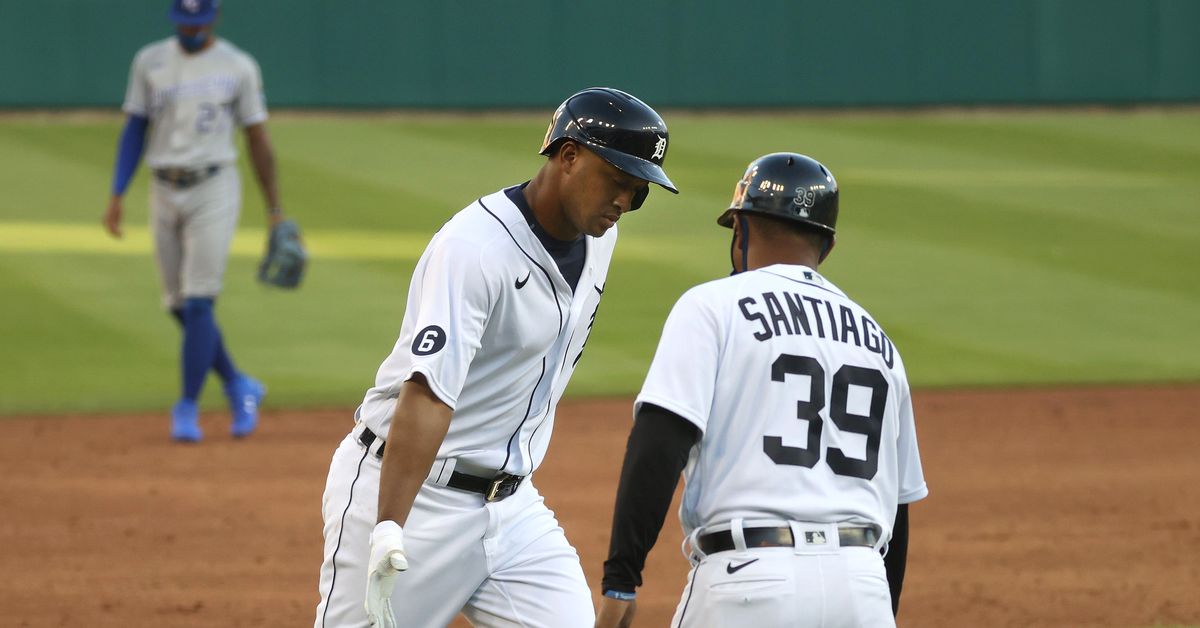 The Tigers defeated the Royals 4-3 on Tuesday night in Detroit to secure their first home win of the 2020 season. Making his major league debut, Rule-5 selection Ronnie Garcia gave all three runs to surrender to the Tigers, but showed promise during his short debut. The Tigers are now 3–2 in this young season.

Garcia started through the first two innings of his career and got back-to-back one-two-three innings to start his career, but then got into trouble in the third. With one out and one out, Brett Phillips hit a rocket to first base, who recouped from CJ Crone’s glove. The ball bounced back to Garcia, and instead of holding onto it, he threw the ball wildly over Krone’s head for the first time.

Two errors paved the way for certified Tiger killer Whit Merrifield to come to the plate with two juicy steaks sitting on second and third begging to be brought back home. After Merrifield finished a triple shy of the cycle on Monday night, he did what he could against the Tigers and sent a 0–1 fastball to the left field wall to give the Royals a 3–0 lead. Merrifield went only 1-4 on the night, but still hit the ball vigorously in three of his batsmen.

Garcia would confidently reply to George Soler and Adalberto Mondesi to finish the outing as well as the outing. Overall, he finished with two earned runs in three innings with three strikeouts, three hits and none.

The Tigers responded in the bottom half of the inning with their own doubles blasts. After Jacoby Jones was drilled into the helmet with a fastball, Tyler Zuber relieved starter Kyle Zimmer. Fortunately, Heater catches Jones in the faceguard and he is shaken but halted in the game. Jubeir provoked Nico Gudram to go out of center for the first inning, but Jonathan Schupp began his first home run in a Tigers’ uniform, a 440-foot-over bomb to the bushes in dead center field.

The crime had not yet been committed, however. After running twice to Crone, Kristin Stewart hit a massive 400-plus-foot home run for her first hit of the season, which went into left-center field to put the Tigers ahead 4-3.

From there, the Tigers bullpen – Gulp – actually closed the game without any real play. Tyler Alexander pitched the fourth and fifth innings. Jose Cisnero then hit one-two-three sixes. Gregory Soto came in seventh and looked to fully strike the strike zone with a 99 MPH fastball to pair up with the wipeout power slider once again. He went one-two-three on only eight pitches with two strikes. Buck Farmer threw a strong eighth inning without any base runners, and then closer Joe Jimenz earned his third save of the season, capping a perfect ninth with a three-pitch strike from Salvador Perez.

The Tigers and Royals meet for the third of four matches on Wednesday evening at 7:10 pm ET, with Matt Boyd making his second start of the year for the home team.