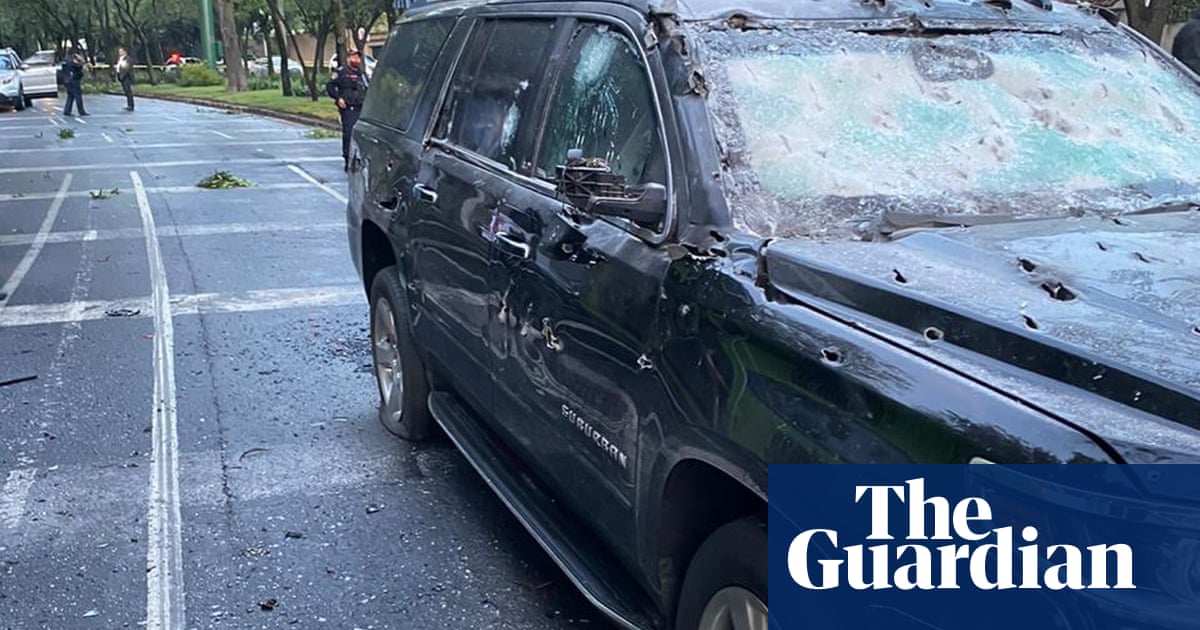 At least three people were killed after assassins disguised as highway workers launched an early-morning attack on the Mexico City police chief on the capital’s most famous street.

Omar García Harfuch was reportedly driving to work through the leafy neighborhood of Lomas de Chapultepec, home to several foreign embassies, when he was ambushed by heavily armed gunmen shortly after 6.30 a.m.

The attack took place on one of the most luxurious sections of Paseo de la Reforma Avenue, a 9-mile boulevard that runs diagonally through the capital of the second largest economy in Latin America.

Mayor Claudia Sheinbaum said her 37-year-old security secretary, who was shot three times, survived and was out of danger at the hospital. She said 12 people had been arrested and at least three had died: two male bodyguards and a female passerby who was caught in the crossfire.

The photographs showed the bullet-riddled vehicle riddled with bullets from the police chief and a driveway carpeted with worn casings.

Sheinbaum said it was too early to say who was responsible, but García Harfuch blamed the rising New Generation Jalisco cartel for the attack. “Our nation must continue to face this cowardly organized crime,” he tweeted.

A prominent Mexican journalist, Pascal Beltrán del Río, claimed that the hitmen, who allegedly carried assault rifles and Barrett grenades and were hiding in a truck, were dressed as highway workers. He said that the last time the capital of Mexico had witnessed such an assault was almost 50 years ago, in 1971.

The President of Mexico, who promised, but has so far failed, to “pacify” a country that last year suffered a record 34,582 murders, expressed his solidarity with the police chief.

“Without a doubt, all this is related to the work that is being done to guarantee peace and tranquility both in Mexico City and in the country in general,” Andrés Manuel López Obrador told reporters.

López Obrador, a left-wing nationalist, won a landslide historic victory in 2018, vowing to end Mexico’s long and unsuccessful “war on drugs” and fight crime with “hugs not bullets.”

But a string of deadly headline-grabbing attacks, including one last October in which cartel gunmen paralyzed an entire city, have caused that philosophy to be increasingly questioned.