Thousands of protests in Poland demanding the release of LGBT activist 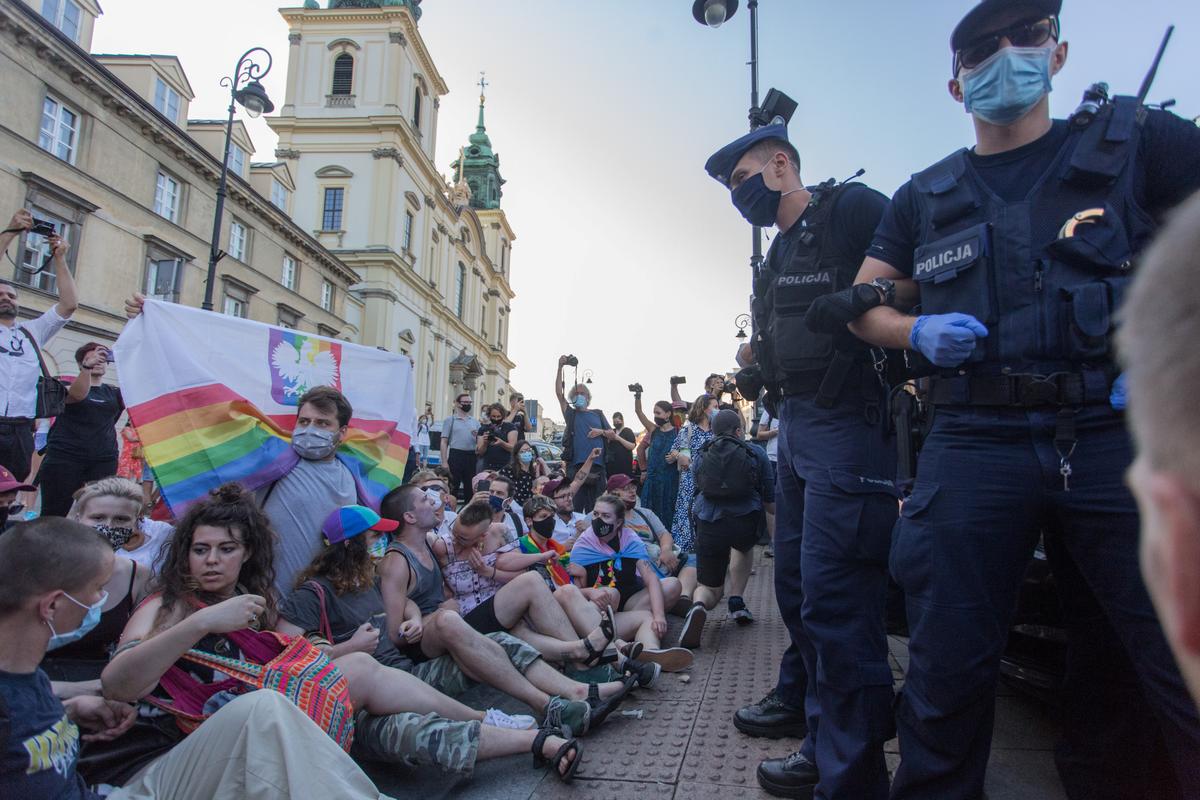 WARSAW (Reuters) – Several thousands of people waving rainbow flags demonstrated in the center of Warsaw on Saturday, demanding the release of an LGBT activist accused of hanging iridescent banners on statues and damaging an anti-campaign van .

The crowd said, “Forget us back!” And “Rainbow does not insult you!” Outside the Warsaw Palace of Culture.

A peaceful gathering thunderous applause, with activists hanging another iridescent flag on a statue in front of the palace, while police officers filmed demonstrations and protest leaders.

On Friday, police detained 48 people who were trying to stop the Margot officials, with the activist accused of hanging flags at idols of Jesus and others and destroying an anti-abortion van.

Matusz Wojtowicz, 24, a parole specialist, Reuters, said, “We are in opposition to the fact that these people were detained by the police.”

The police began releasing the detained protesters on Saturday, but not Margot.

She is a member of the activist group “Stop Buzzdrome”. The group has said they hung flags on the statues as part of the fight for LGBT rights last week, an issue at the heart of public debate in Poland during the presidential election last month.

The Commissioner for Human Rights at the Council of Europe, a rights watchdog, called for the immediate release of the worker.

Commissioner Dunja Mizatovic tweeted, “The order to shut him down for 2 months is a very cold gesture for freedom to speak in Poland and LGBT rights.”