Thousands of people gather to commemorate ANZAC Day around the world 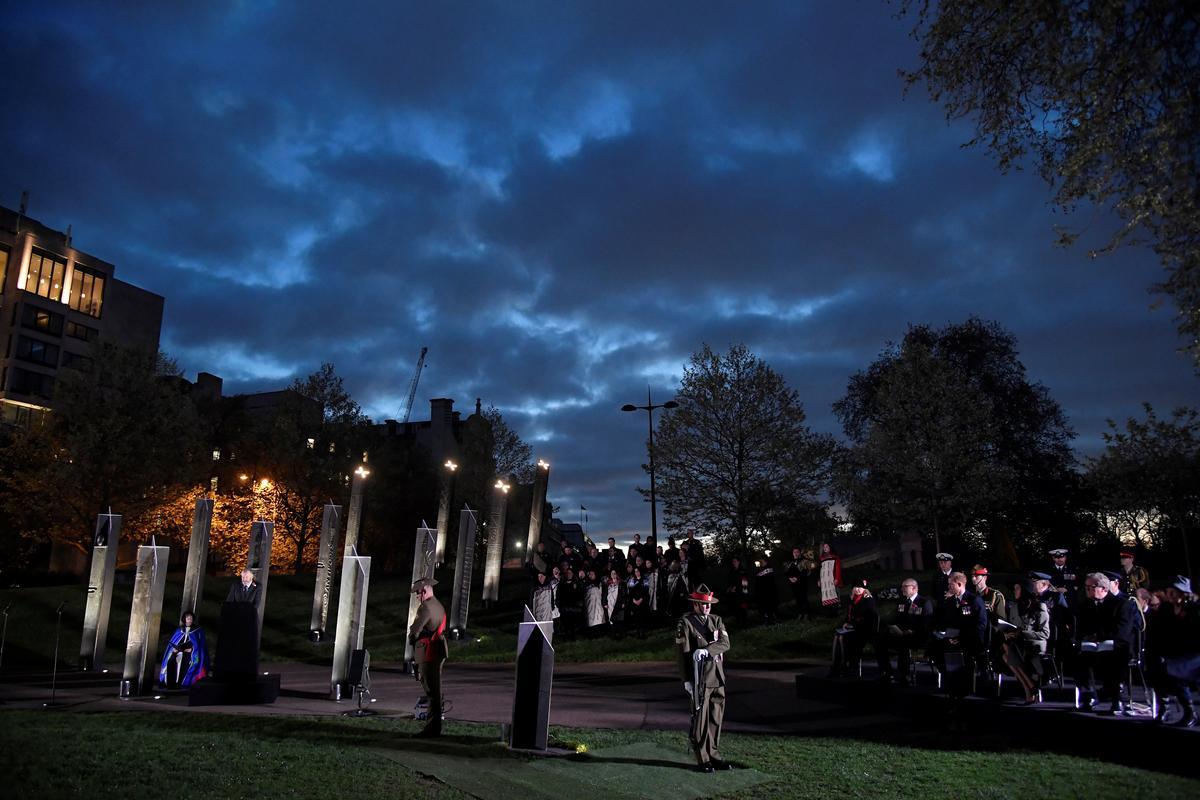 SYDNEY (Reuters) – Thousands of people attended on Wednesday the commemorative services of war in Australia, New Zealand, Turkey, France and Thailand to commemorate the ANZAC Day, the landings of Gallipoli and the centenary of the last year of the First World War.

An overview when Prince Harry and his fiancée Meghan Markle attend the Dawn Service at Wellington Arch to commemorate Anzac Day in London, Great Britain, on April 25, 2018. REUTERS / Toby Melville

On 25 On April 1, 1915, thousands of Army Corps troops from Australia and New Zealand (ANZAC) landed on the Gallipoli peninsula in Turkey, where they fought under their own banners for the first time.

The date is marked in the national consciousness as a point where the two nations emerged from the shadow of the British empire, and it has become a solemn anniversary to remember the troops of both countries who served and died in all wars .

Visitors from Australia and New Zealand attend a sunrise ceremony marking the 103rd anniversary of the Gallipoli campaign during World War I in Anzac Cove, Turkey, on April 25, 2018, where the first battles of the Bell. REUTERS / Umit Bektas

An estimated 44,000 Allied soldiers died in the Gallipoli campaign, according to the Australian War Memorial.

At the Australian War Memorial in Canberra, the soldiers of the First World War were honored with extracts from their diaries, read before dawn, to commemorate 100 years of the last battles before the Armistice was declared in November 1918.

In France, Australian Prime Minister Malcolm Turnbull participated in a dawn service to commemorate the Battle of Villers-Bretonneux in World War I. Some 2,400 Australians were killed in the night battle on April 24, 1918, to recover the city from German forces.

"We particularly remember those who lost their lives or who came home injured, and we recognize the hardships and pain endured by their families and loved ones," Turnbull said in a video message posted on Facebook.

Veterans of World War II, some of them former prisoners of war, gathered in the western province of Kanchanaburi in Thailand to remember the thousands of prisoners of war and Asian workers who died when the Japanese occupation forces put them on to work on the infamous "death" railroad ", a supply route to the Japanese troops in the then Burma, now Myanmar.

" I get very emotional in the service of the dawn as the dawn is beginning. I think of all the friends and my comrades, as we call them, who remained on the railroad, "said Neil McPherson, 96, a former prisoner of war.

Harold Martin, 101, said:" I would like to say something for the ordinary soldiers who were there because there were many heroes who were never mentioned. "