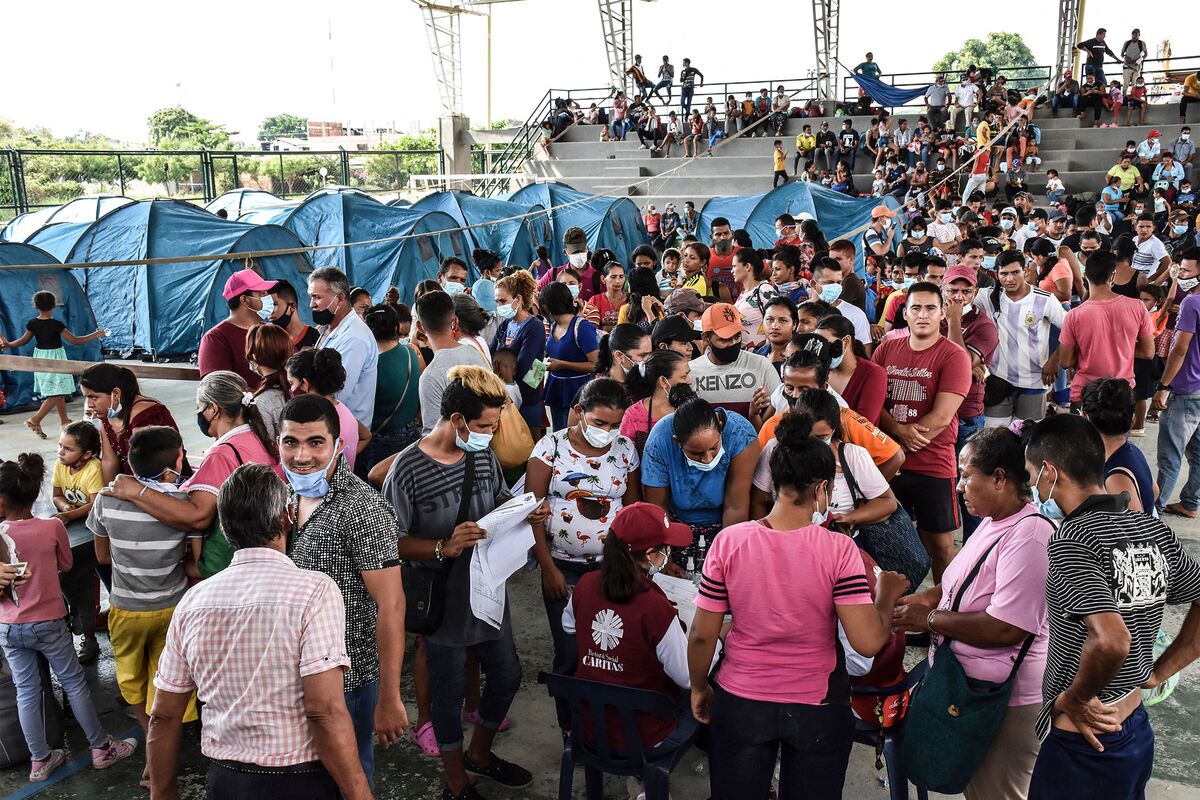 Deadly clashes between Venezuelan security forces and illegal armed groups have sent thousands of civilians crossing the border into Colombia in search of safety.

More than 3,100 Venezuelans have crossed the border “in a forced manner” since fighting broke out this week, Colombia’s Foreign Ministry said in a post on Twitter on Wednesday.

The Ministry of Foreign Affairs calls on the international community to join in assisting in the face of this humanitarian crisis, in which more than 3,100 people have had to be forcibly displaced to find protection in Colombia.

The violence in the Venezuelan border state of Apure continued Wednesday, with explosions at a tax agency office and a National Guard checkpoint, according to human rights group Fundaredes. The military fired at the militias from helicopters, according to Fundaredes, while local media reported that a truck from the state power company Corpoelec was attacked.

Venezuela accused Colombia in a statement of supporting the illegal activities of “criminal groups” at the border, including drug trafficking and illegal mining. The government of President Nicolás Maduro said that these armed groups have attacked civilians, electrical and oil installations, and even planted land mines in the area.

Several illegal armed groups operate along 2,250-kilometer (1,400-mile) stretches of the border, often fighting for control of trafficking routes in people and cocaine. The distortions and shortages caused by Venezuela’s socialist model often create a lucrative trade in smuggling commodities in both directions.

As of Monday, at least three people had been killed in the clashes, Venezuelan Defense Minister Vladimir Padrino said. Two were soldiers and one was the leader of an illegal group, he said. The army destroyed six camps used by the groups and detained 32 people, Padrino said Monday.

The Marxist guerrillas of the Colombian National Liberation Army, or ELN, and various factions of FARC rebels that rejected the 2016 peace process with their government have a presence on both sides of the border, according to Jeremy McDermott, co-founder of Insight Crime. , a tank study that studies organized crime.

Several other organized crime groups, including the so-called Clan del Golfo, also operate in the area, he said.

Authorities do not protect civilians caught in the middle who have lost “their crops, their livestock and their homes,” Luis Lippa, an opposition lawmaker in Apure, said in a telephone interview.

Almost 2 million Venezuelans have moved to Colombia in recent years to escape hunger and chaos in their home countries.

(Updates to the statement of Venezuela in the fourth paragraph)