Those attending the Trump rally told Lawrence Jones of his support: ‘He describes it as such’ 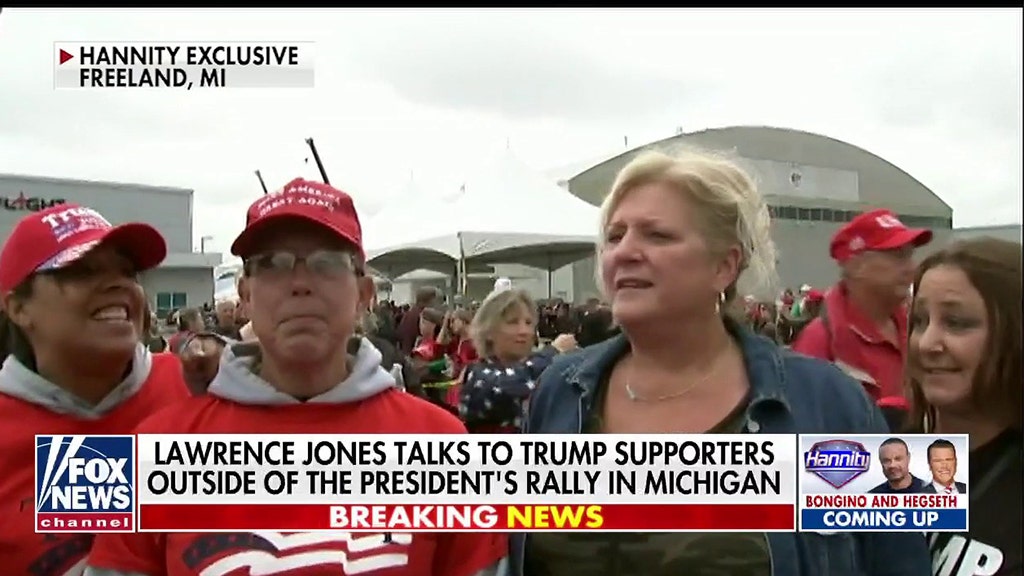 Attendees at President Trump’s Thursday rally in Michigan told “Hannity” election reporter Lawrence Jones that they support Republicans because he “tells it like it is.”

“Why are you supporting the president?” Jones asked a woman to wear a “MAGA” hat.

“Because he tells it like it is,” he replied. Two other women told Jones that “she is real.” One person indicated that Trump “tells the truth.”

“If you ask me, I think we are surrounded by a swarm of people who are not telling us the truth,” he told Jones.

Others at the rally said they did not believe former Vice President Joe Biden appeared to beat Trump in the 2020 election.

Asked if Biden shot Michigan to win, the first lady said “No, she has become conscious.” One person similarly criticized Biden’s public appearances, saying “he can’t even finish an entire sentence.”

However, a plurality of voters (48 percent vs. 43 percent) said they felt Trump would win the election.