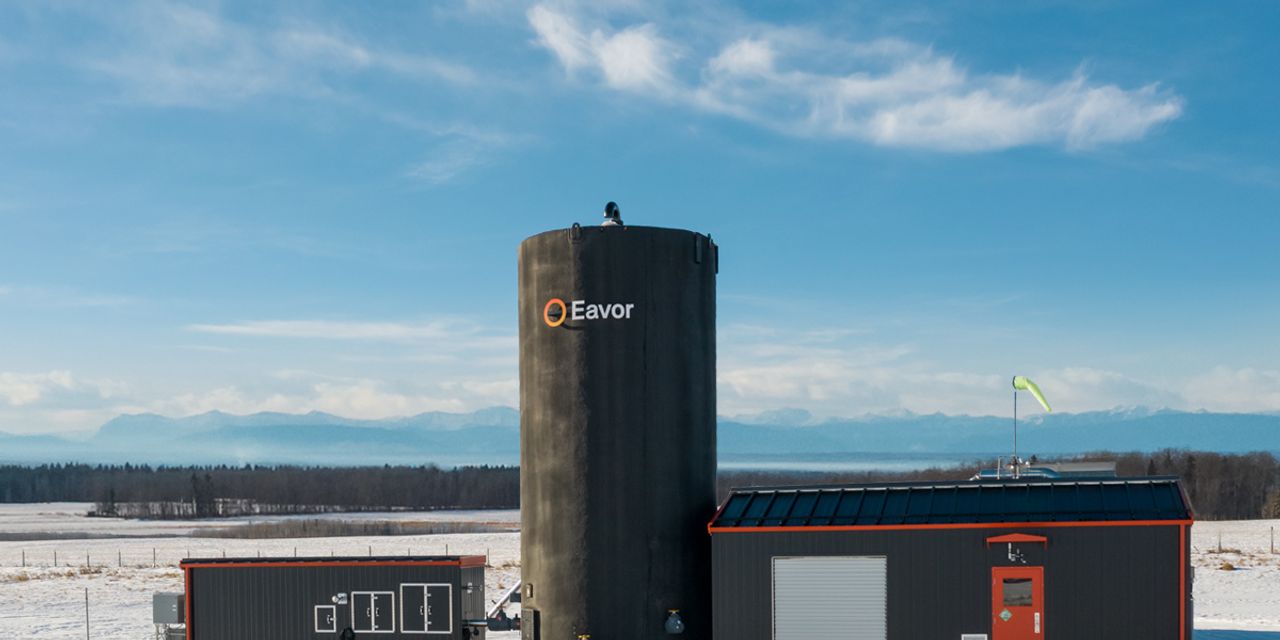 BP and Chevron made a historic expansion in geothermal energy on Tuesday, betting on a new technology that could become the world’s first scalable clean energy derived from a constant source: the natural heat of the earth.

The top two oil companies have spearheaded a $ 40 million funding round in a Canadian geothermal energy company called Eavor. Based in Calgary, Eavor has pioneered a new form of technology that could be deployed in many places around the world.

The investment marks a key move into an area that would otherwise be ignored by energy companies, which have largely pursued wind and solar projects in their efforts to diversify away from fossil fields.

It is the first investment in geothermal energy for BP BP,

and a re-entry to the field for Chevron CVX,
,
which sold its geothermal assets in 2016.

Previously, Eavor only accepted angel investments and venture capital. The $ 40 million injection will be used to continue research and development to help scale the power system to be price competitive.

Read also: Even with a firepower of $ 1.1 trillion, this fund is battling rivals to get its hands on green energy opportunities.

“We see the potential for Eavor to complement our growing wind and solar power portfolios,” said Felipe Arbeláez, BP’s senior vice president of zero carbon energy. “Technology like Eavor’s has the potential to provide geothermal energy and heat and help unlock a low-carbon future.”

Eavor has developed a new type of geothermal technology that, in very simple terms, creates an underground “radiator”.

Eavor’s “Loop” consists of a closed-loop network of pipelines typically installed 3 to 4 kilometers below the earth’s surface, originating and terminating in the same overhead facility. The pipes are installed using advanced drilling techniques perfected in the oil patch.

The liquid travels in the pipes from the overhead installation through the hot underground environment, before naturally circulating back to the top of the loop. The hot liquid is then converted into electricity or transferred to a district heating network.

A great advantage of this type of power is that it is constant, providing a base load of electricity to a grid system without requiring challenging intermittent solar and wind battery solutions.

Unlike hydroelectricity, which relies on large sources of constant water flow, it is designed to be scalable, and Eavor envisions platforms installed under solar panel fields and in space-constrained regions like Singapore.

Geothermal energy has been around for decades, enjoying a boom period in the 1970s and 1980s before largely falling out of the spotlight in the 1990s. Relying on heat below the earth’s surface, has long been an attractive proposition for oil and gas companies, which have fundamental experience in underground drilling and exploration.

The problem is that conventional geothermal technology relies on finding super-hot water sources underground, making them expensive, risky, and rare bets. The most recent advances are rooted in the shale oil boom and use hydraulic fracturing techniques to create the underground reservoirs needed to generate power. But this can pose a problem from an environmental and sustainability point of view.

Eavor’s solution does not require the exploratory risk of traditional geothermal energy, nor does it disturb the land like fracking-type geothermal does.

Plus: Tesla and other automakers will be affected by Boris Johnson’s new plan for electric vehicles. That is how

John Redfern, President and CEO of Eavor, told MarketWatch that the predictability of the system, established in field tests in association with Royal Dutch Shell RDSA,
,
it is repeatable and scalable, so it looks a lot like wind and solar installations.

“We are not an exploration game like traditional oil and gas or traditional geothermal. We are a repeatable manufacturing process and as such we do not need the same rate of throughput, ”said Redfern.

“Before even building the system, unlike an oil well or a traditional geothermal, we already know what the outputs can be. Once it’s up and running, it’s very predictable, ”Redfern said. “So you can finance these things exactly like wind and solar, with a lot of debt at very low interest rates.”