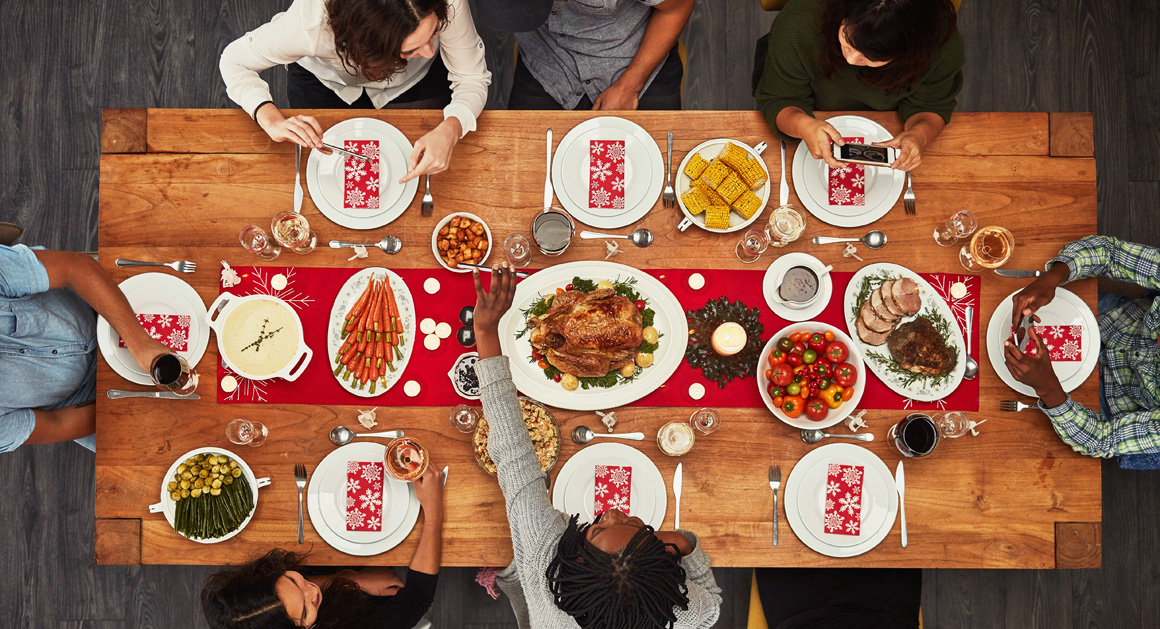 In my home, when the holidays arrive, the usual relatives plus a friend or two get together. We have three generations on the table: two women of 80 years, some of 50 years and the generation of the millennium. Only one of us is a Trump supporter. This is, after all, a family of professionals in a coastal city in the northeast.

But you only need a Trumper to turn a great dinner into an emotional contest of wills. It does not matter that the holidays demand love and gratitude. We can try to talk about other things, our lives, our jobs, the weather, but Trump will not go unnoticed. The feelings he awakens are too stormy. This week, we should expect a lot of politics along with our turkey and stuffing.

Last year at Thanksgiving, two weeks after the big surprise, it was not so bad. Supporters of Hillary Clinton were still in shock. President Obama had two months to go. Some on the left believed that, surely, something would arise between that moment and the Inauguration that would prevent the unthinkable from happening. And there were outlets for liberal consternation and fear, too, marches to join and websites to vent on. I went to the second avenue in Manhattan around that time and saw a small parade that went north, I suppose, to one of the towers on the east side of Trump. They were singing softly "We Shall Overcome."

The mood at the 2016 holiday table, then, was disbelief, not outrage. A year later, however, he is still there. Roe is in trouble, as are trans soldiers, public schools, the environment … and white supremacists are emboldened.

I am the inexplicable presence in the room, a specimen of something that should not be. How can an educated person, a teacher, for the love of God, become so stupid, fanatical and fanatical of the alpha males? That is the question that will not disappear. My mother will talk about her macho attitude. My sister will tell the last babbles of her cabinet. My nephew and his wife will worry about what he will do with science. Everything goes smoothly until I say, "Did not you love Trump's speech in Warsaw? Is not it great to have a leader willing to praise Western civilization?"

That's what he does. The communal spell is broken. I've ruined Thanksgiving. Forget the Warsaw speech: what counts is the simple act of dissent. My mother will wrinkle her forehead and murmur, "Oh, silly." Millennial generation at the table will remain blank (Western civilization was abandoned as a school subject before they were born). My sister will return to Trump to stop environmental regulation, which she considers abominable.

I imagine similar scenes at Christmas tables throughout the United States. According to a recent Reuters / Ipsos survey, published earlier this month, nearly a third of American adults will try to avoid political issues during this year's vacation. My family is just a window to understand why. Any career woman, especially one woman, who joined the labor force in 1970 will never, ever see Donald Trump as anything other than a badist bully. She remembers too many bosses and ill-mannered co-workers, condescending men who, when they did not hit her, fired her or exploited her. My mother was successful and endured a lot. Those humiliations do not fade.

This is not something to dispute. I spent the last New Year's Eve at a faculty party in Mbadachusetts, where a woman in her 70s described that fateful morning when she woke up and discovered that Hillary had lost. (It is important that they share the same age, here, for once, was a candidate who knew what it was like to be an ambitious young woman in 1970). Astonishment led to disappointment and then to fright. Her horror reminded me of Yeats' lines, "And what a rough beast, her time came at last …" But, she told us, she walked on the beach, sat on the sand, marked the sea and the sky , and murmured: "It will be fine, it will be fine, it will be fine". Clearly, his reaction had a genesis that began long before November 2016. I never once showed my political sympathies during that dinner in particular.

Young people at the Christmas table have a different experience, but it is no less strange for me. You see, a 25-year-old man has no real recollection of any president except Barack Obama. George W. Bush is just a name. They cast their first votes for Obama, and their second (the millennial generation tends to omit partial exams). President Obama was not a politician for them: it was the fulfillment of everything that millennials believed about the world and about themselves. They are the first generation to have brought tolerance and inclusion to Earth (they will tell you). They will not tolerate racism. Patriotism is a minor concern, because they believe that it is wrong to favor the poor farmer in the north of the state over the poor farmer in Africa. Everyone deserves to be happy.

Barack Obama in the White House was a vindication of his faith. In 2008, the vote of young people (18 to 29 years old) favored McCain from 66 to 31 percent! This was a cult of heroes. The first black president, a guy who listens to rap and shoots hoops, likes Mad Men and knows how to throw a blow, stops discrimination and frustrates those who hate, who releases the victimized and harbaded … this was what the American leadership should always be. 19659002] Donald Trump can impress them only as a setback, an atavistic and petty homeland. Hillary does not particularly care. It is the loss of Obama that anguishes them. Place the orange-haired puppet next to the right, quiet and composed teacher, and a powerful vacuum that comes home. The millennial generation had an enchanted political youth for eight years. Now, as they see it, they enter their thirties with a guy who likes walls, weapons and threats.

To my fellow Trump supporters, a tip: think about the experiences behind the grudge you may face when dining and relaxing with your loved ones this season. The arguments will not end well. We all have a history of life, a source of pain and triumph that will not easily give way to debate. Trump has violated them too deeply.

But you also have a life story that took you to Trump, not far from him. When I first saw identity politics at work, I was a graduate student in English at UCLA in the 1980s. These were the years when the heritage of genius and beauty merged as a group of Dead White Males Western civilization slipped from a lineage of reason and talent, free research and creativity not repressed, to "Eurocentrism", the advance of a group at the expense of others, women and people of color. Art for art gave way to art for politics, for the sake of identity. I spent my 20 years in a filthy room reading Dante, Wordsworth and Nietzsche, only to find when I went to the campus that my intellectual giants had become the object of suspicion and ridicule.

When Donald Trump stood in that square in Warsaw and cheered without apology Western civilization, I felt a 30-year low elevation of discouragement. That's my experience, and I'm happy to share it this season.

But I also want to know the personal circumstances behind the policy of my relatives. I can ask the younger ones next to me, "What did the 2008 Obama campaign mean to you?" And we do not need to fight about it. I can tell my mother: "What was it like being the first female real estate agent in the company?" And avoid the disagreements of the present completely.

These questions are not an avoidance of the policy; They reach the base of politics. And if the talks go in that deeper direction, instead of today's controversies, this year's meetings can, in fact, be more meaningful and intimate than ever.

So, talk about Trump all you want at your Thanksgiving dinner. Just make sure you listen to what your crazy uncle / father-in-law / niece / cousin really says.

This article labeled under: