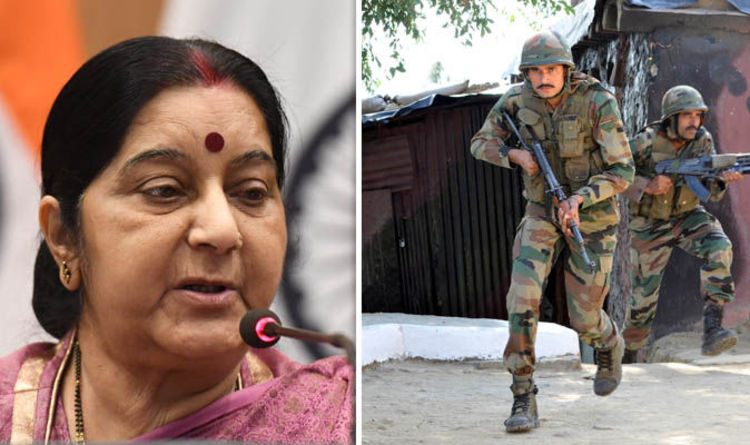 Speaking at a conference before the four years of government of Prime Minister Narendra Modi, Sushma Swaraj, Minister of Foreign Affairs of India, stated that bilateral discussions between India and Pakistan remained unlikely.

He said: "We are always ready for talks with Pakistan but with the warning that terror and talks can not go hand in hand."

"There can not be a global dialogue until Pakistan avoids terror.

"When people are dying on the border, talking about dialogue is not appropriate."

The main Indian legislator also criticized the Gilgit-Baltistan Order of 2018, which was seen in India as Pakistan's goal of incorporating the disputed region as its fifth province.

The order was approved on May 21 by the Pakistani cabinet and endorsed by the regional badembly.

However, Swaraj criticized the measure and said: "Pakistan is trying to teach us history and geography.

" It is a country that does not believe in the rule of law and I would only say one thing to your answer ". who speaks? "

The Indian government declared that any attempt by Pakistan to alter the state and administrative control of Gilgit-Baltistan under its "forced and illegal occupation" had no legal basis.

Despite the official ceasefire in 2003, violence has regularly erupted between India and Pakistan along its disputed border in Jammu and Kashmir and Gilgit-Baltistan.

Tension between the two nations has increased significantly since last December, when both nations accused each other of killing soldiers on both sides.

India also accused Pakistan of sending combat entities through the Line of Control (LoC) to attack Indian soldiers; an accusation that Pakistan has repeatedly denied.

According to official statistics, there were 860 incidents of ceasefire violations by Pakistani troops throughout the LoC in 2017, compared to only 221 the previous year.

Rebel fighters in Kashmir have been pushing for independence from India since 1989, and have been calling for merging India-controlled Kashmir with Pakistan.

Kashmir has been a contested region since India and Pakistan gained their independence from the United Kingdom in August 1947, and both nations have claimed the region.

Kashmir was free to access India or Pakistan after the partition, and local leader Maharaja Hari Singh chose India, which led to a two-year war in 1947.

India maintains almost 500,000 troops in the region in order to suppress the uprisings, and about 70,000 people have died in violence along the India-Pakistan border since 1989.