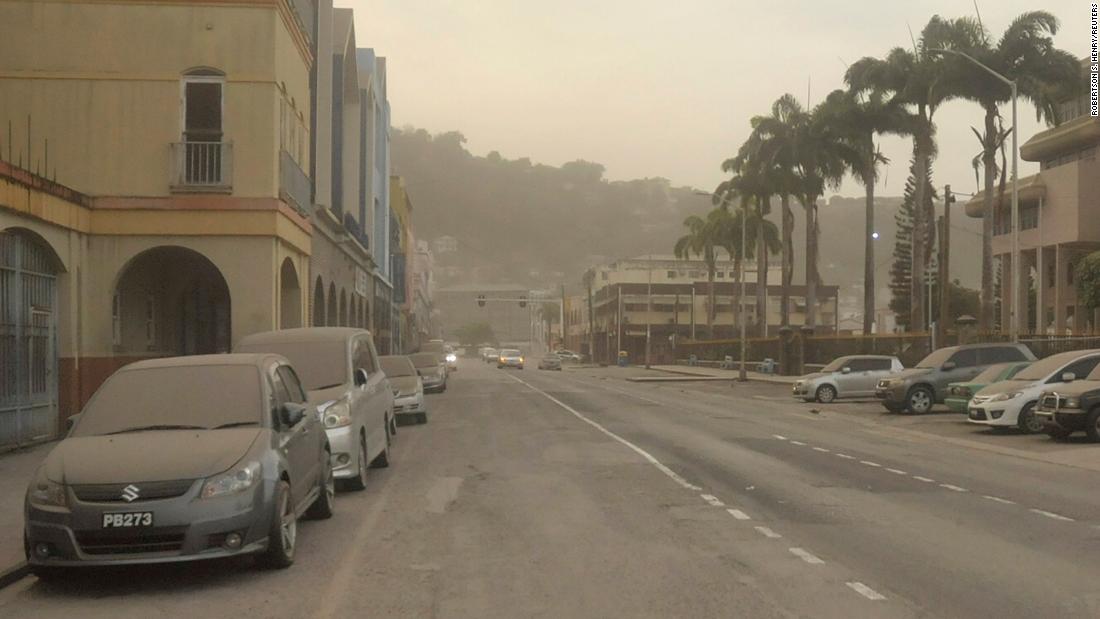 The volcano “continues to show periods of explosive activity,” said Dr. Erouscilla Joseph, director of the University of the West Indies Center for Seismic Research (UWI-SRC).

Joseph reported the third explosion in an audio update issued Friday night. He did not provide additional details on the third explosion, but it appears that it was smaller than the previous two. The center is working with local authorities to monitor the volcano’s activity.

On Saturday morning, island residents woke up to “extremely heavy ashfall and strong sulfur odors that have now advanced to the capital,” according to Twitter post of the National Organization for Emergency Management of Saint Vincent and the Grenadines (NEMO).

“Everyone be careful. We are covered in ash and strong sulfur aromas permeate the air. For those with respiratory problems, we ask that you take the necessary precautions to stay safe and healthy,” said NEMO.

Authorities have said the explosive eruptions are likely to continue to occur “for days and possibly weeks” after Friday’s first eruption emitted a plume of ash that extended 20,000 feet (6,096 meters) into the sky.

La Soufrière is located on the largest island in the Saint Vincent and the Grenadines chain.

The second explosion occurred around 2:45 p.m. Friday and was smaller than the first, according to NEMO.

“Another explosion was observed. The vertical ash plume is estimated to have penetrated approximately 4 km into the atmosphere. We continue to monitor and update,” the UWI-SRC said on its official Facebook page.

Prime Minister Ralph Gonsalves on Thursday declared a disaster alert triggered by a change in the volcano’s eruptive activity. The island went on red alert, meaning an eruption was “imminent now,” NEMO said.

Evacuation orders were implemented in about a dozen districts in San Vicente, affecting about 6,000 to 7,000 people, a UWI-SRC spokesperson told CNN.

Kenton Chance, a freelance journalist, told CNN on Friday that he was about five miles from the volcano in the town of Rosehall in St. Vincent. The ash kept falling, but in decreasing amounts, he said.

“Normally, you would have a very commanding view of the volcano,” he said. “But because of the amount of ash in the air, you can’t see it.”