There is still no agreement for the German coalition on the line of migrants: legislator of the CDU 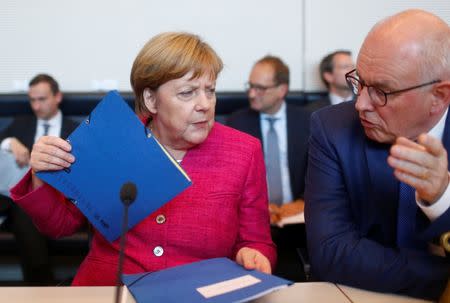 BERLIN (Reuters) – The parties of the German coalition did not resolve a dispute over immigration policy during the four-hour nightly talks on Tuesday and more discussions were needed, Volker Kauder, legislator of the conservative Democratic Chancellor Angela Merkel, Democrats Christians (CDU) said Wednesday.

"No, it was not expected because the party committees meet on the Sunday, "he said.

"It's very serious: we saw that in conversations, it's not something small, it's something central and important, we have to talk among ourselves"