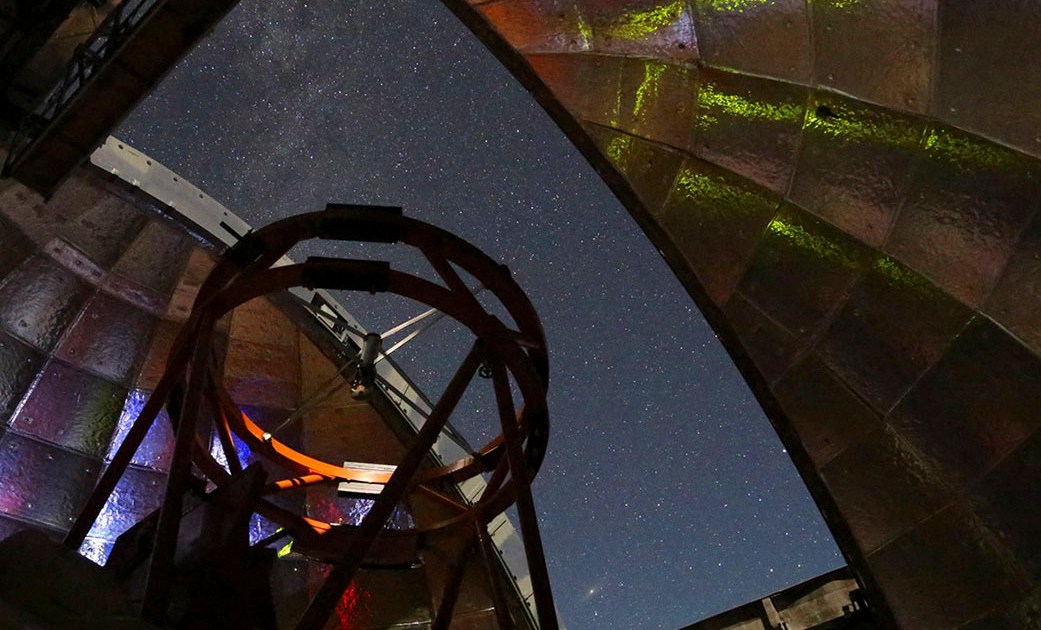 Asteroid 2001 FO32 makes its closest approach to Earth, giving astronomers the opportunity to study the rock as it passes.

The largest asteroid to pass Earth this year has come closer, not posing a cataclysmic collision threat, but giving astronomers a rare opportunity to study a rock formed during the early days of our solar system.

The asteroid was two million kilometers (1.25 million miles) away at its closest point, according to NASA, more than five times the distance between Earth and the Moon, but still close enough to be classified. as a “potentially dangerous asteroid”.

NASA tracks and catalogs such objects that could crash into Earth and unleash massive destruction, like the massive asteroid that killed 75 percent of life on the planet 66 million years ago.

“Oh yes, friends! Do you see this point of light? This point of light is the asteroid, ”exclaimed astrophysicist Gianluca Masi of the Italy-based Virtual Telescope Project, who had focused his lenses on the rock on Monday shortly after its closest approach.

“How happy I am, how proud I am, how excited I am … to bring this to you live,” Masi said while showing a grainy image of a pale spot during a YouTube broadcast.

Get those telescopes ready! On March 21, asteroid 2001 FO32 will safely pass Earth, allowing astronomers to observe a relic from the dawn of our solar system.

Astronomers hoped to gain a better understanding of the 3,000-foot-estimated (900-meter) rock composition as it progressed.

“When sunlight hits the surface of an asteroid, minerals in the rock absorb some wavelengths while reflecting others,” NASA said.

“By studying the spectrum of light reflected from the surface, astronomers can measure the chemical ‘fingerprints’ of minerals on the asteroid’s surface.”

Due to its elongated orbit, NASA said it “picks up speed like a skater rolling down a halfpipe, then slows down after being thrown into deep space and spinning toward the Sun.”

The study of asteroids and comets that come so close to our planet, called the Near-Earth Object or NEO, gives scientists a better understanding of the history and dynamics of the solar system.

It is also a valuable database of potential threats: the impact of a huge rock from space could devastate the entire planet.

Around 80 to 100 tons of material such as dust and small meteorites fall on Earth every day, according to NASA, which does not pose a serious threat, but larger objects can cause great destruction as they have immense momentum due to at its high speed.

In 2013, an object about 60 meters wide exploded over the Russian city of Chelyabinsk, unleashing 30 times the force of the nuclear bomb dropped on Hiroshima during World War II.

Experts estimate that these events occur once or twice a century, and impacts from larger objects are even less frequent.

NASA has said that more than 95 percent of near-Earth asteroids the size of 2001 FO32 or larger have been cataloged and none of them have any chance of impacting our planet over the next century.

The agency is studying potential ways to thwart the impact of an asteroid or comet, including the impact of a spacecraft against the object to deflect it and even nuclear explosions as a last resort.