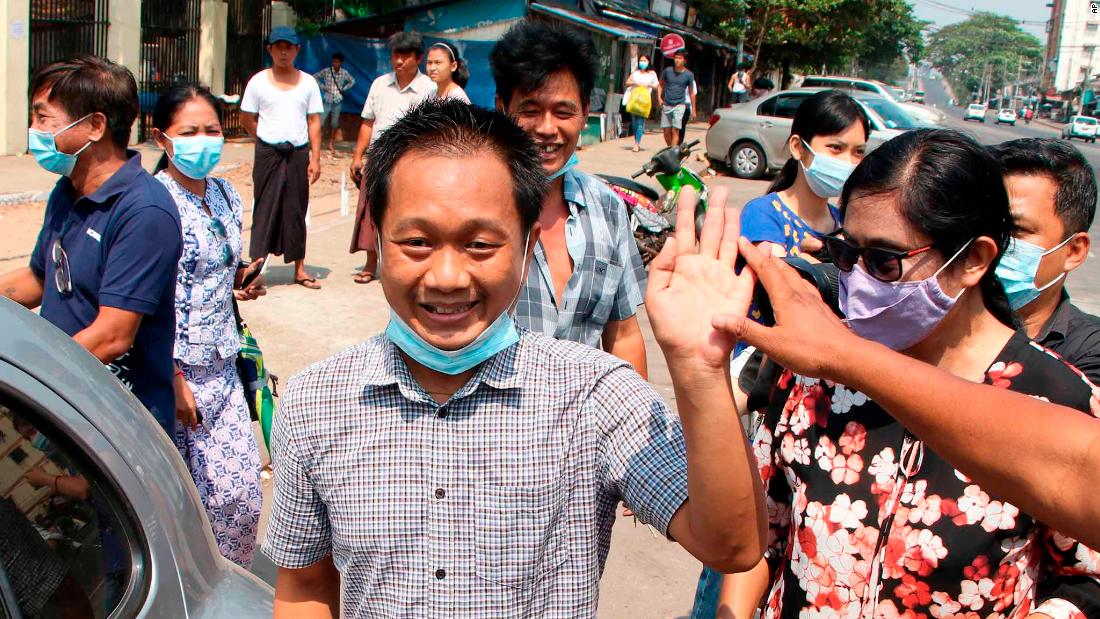 Thein Zaw told the Associated Press by phone after a court hearing Wednesday that all charges had been dropped because he was doing his job at the time of his arrest.

“I am looking forward to meeting my family members,” he told the news agency. “I feel sorry for some colleagues who are still in prison.”

Thein Zaw was arrested during a street protest in Yangon on February 27. He had been charged with violating a public order law that carries a penalty of up to three years in prison, according to the Associated Press.

“The Associated Press is deeply relieved that AP journalist Thein Zaw has been released from prison in Myanmar,” Vice President of International News Ian Phillips said in a statement to CNN Business.

“Our relief is tempered by the fact that more journalists are being detained. We urge Myanmar to release all journalists and allow them to report freely and safely on what is happening within the country,” Phillips added.

Scott Griffen, deputy director of the International Press Institute, said the group “welcomes the release of Thein Zaw, who was arrested for doing his job as a journalist and should never have been behind bars in the first place.”

“The military junta must put an end to all forms of harassment and intimidation of the media that cover the demonstrations against the coup and end restrictions on the publication and dissemination of the media in the country,” he added.

Myanmar’s military seized power on February 1 after claiming last year’s elections were marred by fraud. The coup marked a return to military rule, which suffocated the country for decades before some democratic freedoms were introduced around 2010.

The military has responded to the protests with increased violence and efforts to stifle communications. Internet access has been restricted, journalists have been arrested and some newspapers have been banned from publishing.