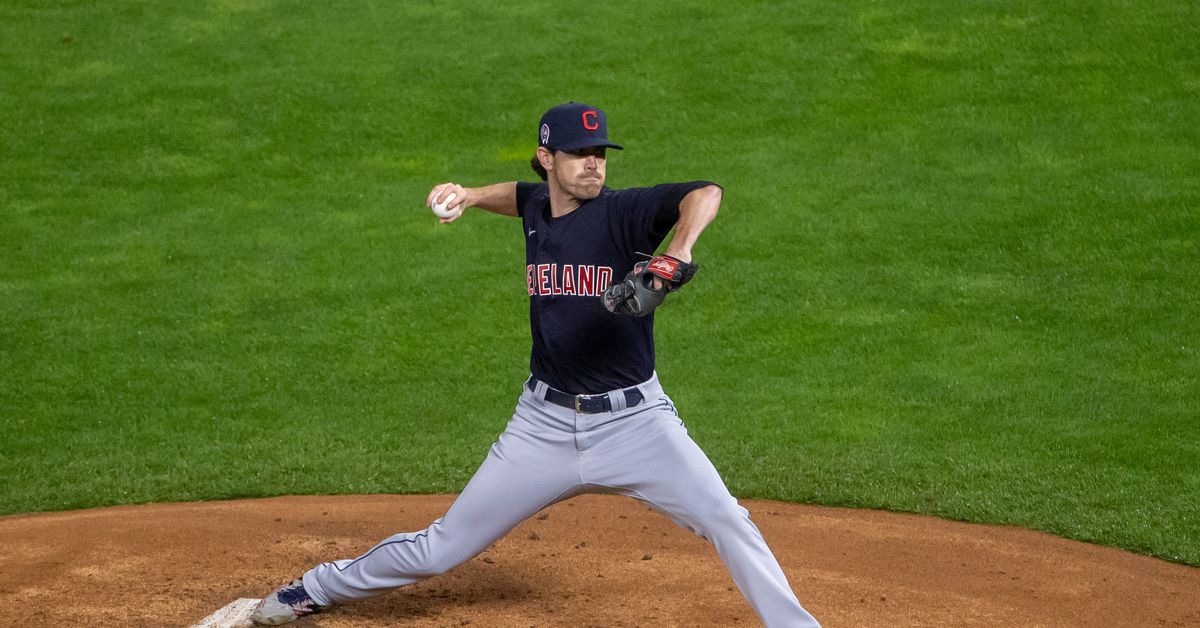 Nine players took the field on Friday night for the Cleveland Indians, but only one of them actually came to play. Unfortunately it was Shane Bieber, the lone ranger who made the fatal mistake of allowing the Minnesota Twins to score a few runs. The Tribe lineup was only to collect a paycheck – Friday is past, after all – and watch a few hours of physical activity to let loose in the weeks before taking its chance in October.

Their current defeat resulted in the loss of four matches to the Indians 3–1 defeat to the Twins.

Bieber failed to hold Minnesota to negative runs, with a two-run homer to Byron Buxton hanged in the second slider, which had a .980 xBA and left the field at 111.5 mph. He did not feel for the opening two batsmen to bend their fingers in the game. But it came back with a vengeance in the fourth inning, getting his punch out on his final five strikes. With eight punch outs on the night, Bieber became the first season in club history to reach 100 strikeouts in the first 10 matches of a season. He also became the first pitcher in MLB history to reach 100 strikes in 62.1 innings. Friday night is not bad for Bieber.

He gave Ryan Jeffers a solo shot in the eighth on another hanging slider, but who really cares. Definitely not Indian. The twins could agree to let the tribe start over each other with a runner and it did not matter.

Cleveland ended Kenta Maida’s no-hit bid in the first inning with a Jose Ramirez single, but their bargaining bin lineup followed the same script as Maeda’s previous two starts against the Tribe.

I mean, it was Tyler Naquin’s first batting:

Ruthless. But this is not new if you are following Indians this season. The team with the second-worst OPS in the American League was right to make it against Maeda, who gave up four singles, two walks, and striking out seven, no runs in seven innings of work.

Ramirez gave the Twins closer Taylor Rogers a solo home run in the ninth inning to put a trib on the board. I believe it landed in the Cinnamon Toast Crunch section of left field bleachers.

Negligence on the basepaths also continued for the Tribe, as Francisco Lindor delivered a leadoff single in the sixth inning, before picking up Maida’s first goal on a third straight throw.

I don’t know what else to say at this point. The Indians have two weeks left in the regular season before bowling out their first goal, and there is no help along the way. What you see is what you get. I suggest that if you haven’t already, make peace with the tyranny of the Indians, and pray that Rob Manfred has made fundamental changes to the way games have been made.