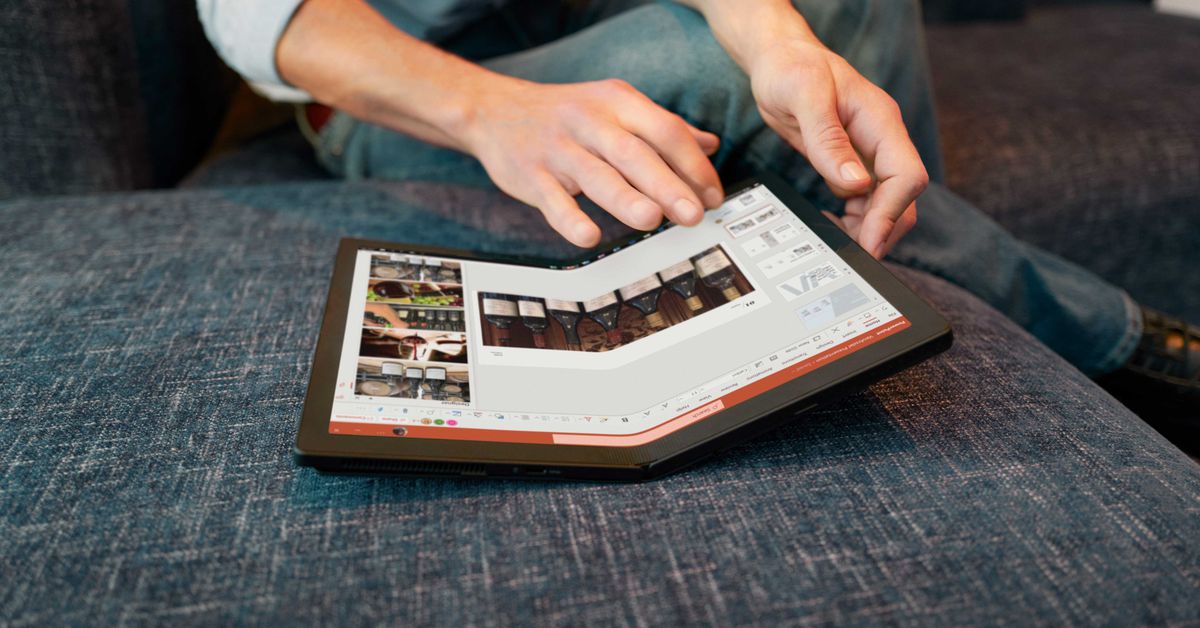 Lenovo has announced a ThinkPad like a ThinkPad you’ve never seen before: a ThinkPad X1 fold. Think of Samsung’s Galaxy fold, but the 13-inch OLED laptop screen. It is available for preorder, starting at $ 2,499.

The idea is that when you are fully exposed (or split the screen into two adjacent displays) you can use a large tablet-like fold. You can bend it horizontally to use it like a 13-inch notebook, with an optional detachable keyboard and easel stand. You can bend the thing up to 90 degrees, bend it vertically, and use it like a miniature laptop (a touchscreen keyboard is halfway down). You can change it horizontally and use it like a book, with an optional stylus. Or you can fold the whole thing, and easily carry it around without taking up too much space in your bag.

We had a chance to test the prototype of the X1 fold back at CES in Las Vegas in January.

In terms of other specs, the production fold comes with an 11th Gen Intel processor, two USB-C ports and a SIM-card slot, 8GB RAM, up to 1TB of storage, and a 50 WHH battery. It weighs 2.2 pounds and can come with 5G support.

Lenovo also announced the ThinkPad X1 Nano, the lightest ThinkPad made at 1.99 pounds. The ThinkPad is based on Intel’s new Evo platform to certify that laptops deliver longer battery life, faster charging, and a quicker boot time, among other features. The Evo system also needs to include Intel’s 11th General Tiger Lake processor, Wi-Fi 6 and Thunderbolt 4.

The Nano has a 13-inch 2K 16:10 display (with touch and non-touch options). Lenovo says that it is about the same height as a 14-inch 16: 9 screen. And it comes with a number of AI security features: it can detect when you’re walking and awake yourself, for example, and lock yourself when you walk.

Specs-wise, the Nano comes with the 11th Gen Intel processor up to i7, up to 16GB of RAM, up to 1TB of storage, 48Wh battery, four 360-degree microphones, and Intel’s Xe integrated graphics. It also supports 5G and can run Linux in addition to Windows 10 Pro.

Lenovo announced several additions to its ThinkBook line as well. Flagships include the $ 729 Thinkbook 13s Gen 2 (which is also evo-verified), the $ 879 Thinkbook 14s Yoga (the first convertible ThinkBook, which has a built-in pen) and the $ 549 Thinkbook 15 Gen 2 (which comes with built in). -In Bluetooth earbuds). 13 and 15 also have AMD options. They will both be available in October; Yoga is coming in November.