The world marks the day of remembrance of the Holocaust 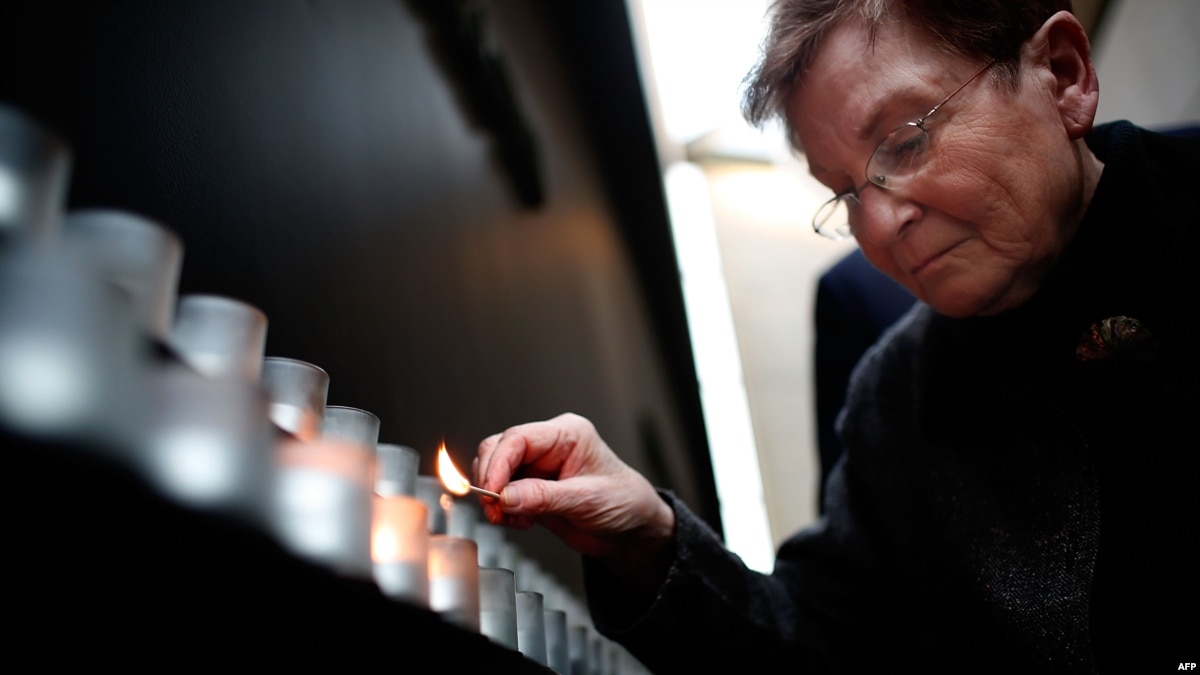 The world commemorates Holocaust Remembrance Day on Saturday, the anniversary of the liberation of the Nazi extermination camp at Auschwitz in 1945.

The Holocaust Memorial Museum in Washington hosted officials from around the world to remember the genocide.

European Union Ambbadador David O & Sullivan said that museums that remember the Holocaust are essential for future generations to learn about the atrocities of the past.

"The new generation also needs people, stories and places to keep memory alive." To make sure we keep the promise made at the end of the Holocaust: Never again, "said O & # 39; Sullivan.

Museum officials also read a letter from Dr. Muhammad Al-Issa, secretary general of the Muslim World League based in Saudi Arabia, who wrote: "Who in their right mind would accept, sympathize with or even diminish the scope of this brutal crime? "

CLOCK: Letter from the Secretary General of the World Muslim League

First Lady Melania Trump was among those who visited the United States Holocaust Museum on Friday and tweeted that she experienced a "powerful and moving tour". He published a photograph of how he lit a candle on the Prayer Wall.

The UN Security Council announced on Friday that it will visit the US Holocaust Museum. UU On Monday as part of a trip to Washington, where members will have lunch with President Donald Trump.

The White House recognized the International Holocaust Remembrance Day on Friday with a message that said: "We recognize that it is a dark stain in human history and promises never to happen again."

The statement specifically mentioned to the 6 million Jews killed by the Nazis, following criticism last year that he did not mention the Jews in his statement.

"Tomorrow (Saturday) marks the 73rd anniversary of the liberation of Auschwitz-Birkenau, the Nazi concentration camp and death in Poland," the statement said.

"We take this opportunity to recall the systematic persecution of the Nazis and the brutal murder of 6 million Jewish people." In their death camps and under their inhuman government, the Nazis also enslaved and killed millions of Slavs, Roma, homobaduals, people with disabilities, priests and religious leaders, and others who courageously opposed their brutal regime, "the statement said.

Last year, the White House defended his omission of the Jews from the declaration with Hope Hicks, now director of communications of the White House, saying that "despite the media reports, we are an incredibly inclusive group, and we take into account all those who suffered."

At the United Nations, the UN Secretary General, Antonio Guterres, said in a statement that "decades after the Second World War, we see the persistence of anti-Semitism and an increase in other forms of prejudice."

He said that the world remembers the 6 million Jews who died in the Holocaust and said: "We all have the responsibility to qui ckly, clearly and decisively resist racism and violence"