The victims of the Boulder grocery store shootings spanned generations 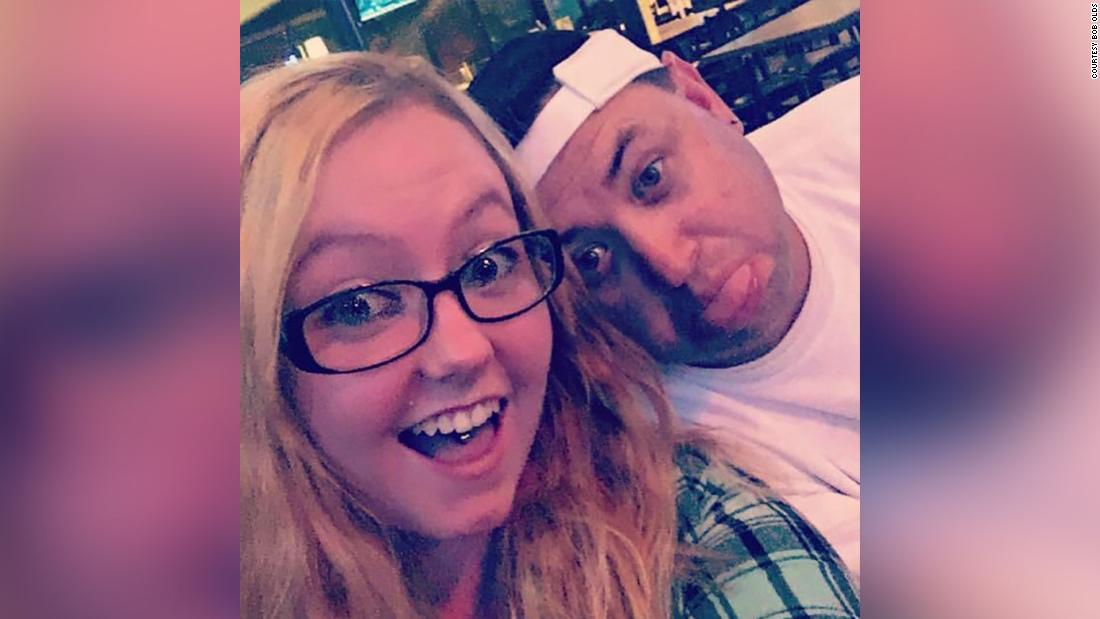 “She was so energetic and charismatic and she was a shining light in this dark world,” said her uncle Bob Olds.

“There is a void in our family,” his uncle told a news conference Wednesday. “That won’t fill up.”

Rikki Olds, 25, has a little brother who “is taking it very badly,” Bob Olds said.

Bob Olds said that he will always remember his niece’s independence.

“Rikki lived life on her own terms,” ​​he said. “She didn’t care if people judged her by the color of her hair or the type of tattoos she had.”

Olds recalled his niece’s dreams and ambitions. The young woman “wanted to be a nurse, but that plan was changed, so Rikki had a backup plan,” Olds explained.

“Rikki was pursuing her dream of being a store manager at King Soopers.”

She had planned to go home for a family reunion this week, she said. He can’t shake his last words: “See you Thursday.”

When news of the shooting spread on Monday, her family panicked when they couldn’t locate her. “We had to wait and agonize over his fate for several hours,” said Bob Olds.

Two other store associates, Denny Stong, 20, and Teri Leiker, 51, were among the victims, according to Kroger, owner of King Soopers.

The first police officer to arrive on the scene, Eric Talley, was also among the dead, said Boulder Police Chief Maris Herold.

“Several of the other victims were parents of our graduates and given the fact that this is a tight-knit community, there are likely many other connections to BVSD schools both among those who died and among other victims,” ​​Anderson said.

“While we cannot understand what would cause such harm, we know that many in our community acted with courage when faced with unspeakable violence,” the superintendent said. Anderson pointed to the actions of first responders and King Soopers employees who “acted courageously” to try to get others to safety during the shooting.

“We are forever grateful for his speed and courage,” Anderson said.

A co-worker described Stong as a “wise young man.”

“Denny was like an annoying little brother to me. I loved him, we bugged each other, but we respected each other,” said Logan Ezra Smith, 20, who worked with Stong at King Soopers.

“I want people to remember Denny as a wise young man, he and I were huge supporters of the Second Amendment and we went shooting on the weekends, every weekend was a highlight.

“I will miss his smile and his laugh, but also his honesty. He put you in your place.”

Suzanne Fountain, 59, was the kind of person who made those who knew her feel like “they already knew her,” her friend Helen Forster told CNN’s Erin Burnett.

If you had a bad day, Fountain’s smile would make you happy, said Forster, who had known Fountain since the late 1980s.

“She just lit up the room and it was a bright light,” Forster said. “It is a terrible loss of an incredible human being.”

Fountain, an actress who had acted with him Denver Center for the Performing Arts, he worked for a nonprofit financial education program, enrolling seniors in Medicare, according to Forster.

“His whole life was really dedicated to serving, helping others,” said Forster.

“All you had to do was be close to her or give yourself a hug, and everything was better.”

Martha Harmon Pardee, an actress, told CNN Wednesday that she met Fountain on stage more than 30 years ago while performing in a show.

“I loved her right away,” Pardee said. “That is exactly what happened when people met her. She was a bright light, a peace lover, a strong feminist.”

Pardee said that she and Fountain performed together only twice, “but I never missed a show that she was on because I loved watching her, I always learned something.”

“It was a pleasure and an honor to work with her on stage because she was so connected, so present and so generous,” she said.

‘The most loving person I have ever met’

Flowers, photos, balloons and messages formed a tribute to Tralona Bartkowiak, 49, outside Umba, the Boulder yoga and accessories store she ran.

Matisse Molina, a friend who worked at Bartkowiak’s store, described her as “the most incredible person I have ever met in my life.”

Molina said that “he would rather make friends than sell things from his store.”

“There are no words that can describe her as she really was, because she was incredible,” Molina said.

“She touched so many lives, I can’t even tell her. She has taken people from very dark places to their highest points. She helped me as a person to grow tremendously,” added Molina.

His cousin, who was just because of David, told CNN affiliate KCAL that his family saw hours of footage covering the shooting when they discovered his car was parked in the King Soopers parking lot on Monday. Then at 3:30 a.m., his mother called to say that Bartkowiak, who lived in the same house that David grew up in, was among the dead.

“She helped me raise me, she was always there for me,” he said. “He was the most loving person I have ever met in my entire life.”

The chief also identified the names and ages of the other victims:

A father of 7 was among the dead.

Officer Talley was in jeopardy as the first officer to respond to a call “about a possible person with a patrol rifle,” the police chief said.

“I have to tell you of the heroic action of this officer when he responded to the scene,” Herold said.

The veteran officer is survived by his wife and seven children, his father, Homer Talley, told CNN affiliate KUSA.

“He loved his family more than anything,” said Homer Talley.

Officer Talley’s bravery was obvious on his last day of service, his family said.

“I was not surprised that he was the first to arrive,” said his father.