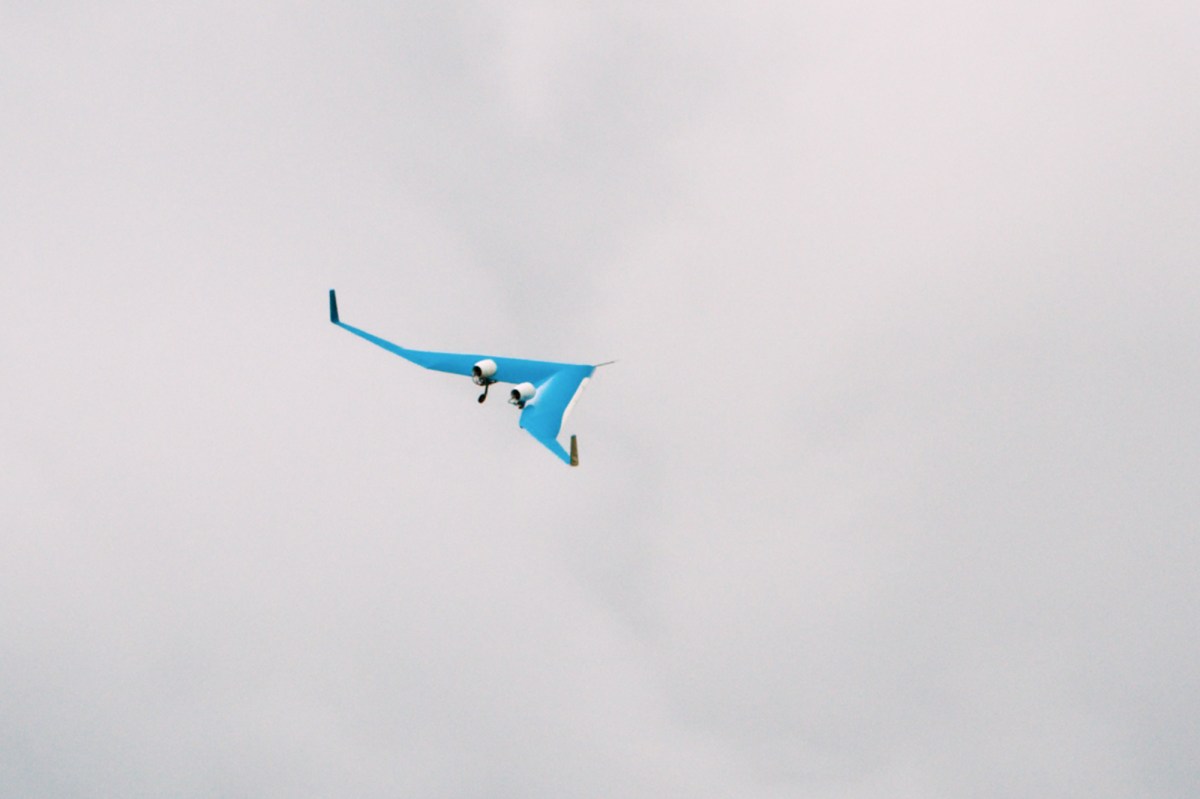 A scale model of a future V-shaped aircraft that could one day hold passengers in its wings has completed its first test flight.

Its quirky design is said to reduce fuel usage by 20 percent compared to conventional aircraft.

Researchers tested an unpaved model of the 3-meter (10-foot) scale of the airplane earlier this year at a watchman airbase in Germany.

Engineers from Delft University of Technology in the Netherlands worked with Airbus to test takeoff, landing, and aerial maneuvers.

Delft University Project Leader Drs. Roelof Voss said, “One of our concerns was that there might be a slight difficulty in unloading the aircraft, as previous calculations showed that ‘rotation’ could be an issue.”

“The team adapted the scaled flight model to prevent the problem but there is evidence of pudding in the food. You need to fly to make sure. ”

The test was largely planned, with researchers achieving speeds of up to 50 mph and performing all maneuvers correctly.

The aircraft’s thrust was good and the flight was predicted as to speed and angle, Delft University said in a statement last week.

One issue that cropped up was the landing, which was thicker than expected.

The current design leads to too much “Dutch roll,” an aerodynamic flaw that causes the aircraft to move from side to side.

Were any passengers on board, the crew would need some additional air sickness bags.

Researchers say they will use test flight data to create a digital model of the Flying-V so that they can plug in flight simulators for future tests.

They are also preparing scale models for future test flights.

The Flying-V was developed at Delft University and is partially funded by Airbus and the Dutch airline KLM.

The aircraft is designed to be highly energy efficient over long distances.

Eventually, the team hopes to build a full-size version with wingspan of 180 feet long and 210 feet.

The craft will carry 314 passengers. There is currently no date to expect the first manned flight.