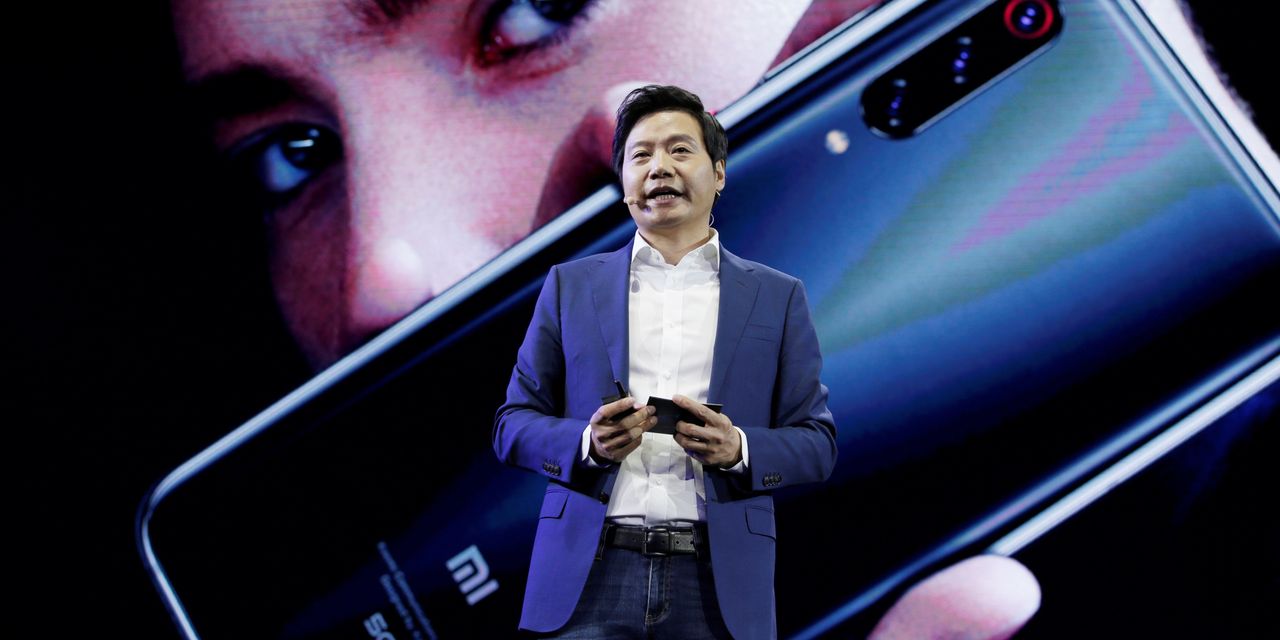 as a company with military ties in part because of an award given to the company’s founder for his service to the state, the US Department of Defense said in a legal document.

Lei Jun, CEO and founder of Xiaomi, received the award of “Outstanding Builder of Socialism with Chinese Characteristics” in 2019 from the Ministry of Industry and Information Technology. Xiaomi promotes the award, given to 100 Chinese executives that year, on Mr. Lei’s biography page on the company’s website and in its annual report.

The award, along with Xiaomi’s ambitious investment plans in advanced technologies such as 5G and artificial intelligence, was enough for the Defense Department to add Xiaomi in January to a list of companies that support China’s military, according to the document. The designation bars Americans from investing in the company, the world’s third-largest smartphone seller.

The US rationale for adding Xiaomi to its list was laid out in a Defense Department court filing in response to a lawsuit in the US District Court in Washington, DC, by the Chinese company seeking to overturn the military designation. . The presentation, which appeared last week but has not been previously reported, for the first time shed light on the department’s reasoning for adding a company to the list.

A Xiaomi spokeswoman did not immediately comment on the presentation. The company has previously denied any affiliation with the Chinese military and says it sells products and services for civil and commercial use only.

Xiaomi was added to the Department of Defense list during the final days of the Trump administration on January 14, along with eight other Chinese companies, including aerospace and chip companies. In total, the department has added 44 companies to its list, including telecommunications giant Huawei Technologies Corp. and computer chip maker Semiconductor Manufacturing International. Corp.

, which have also denied any military ties.

Xiaomi’s shares, which more than tripled in Hong Kong last year, have fallen 25% since their close on January 14.

Xiaomi’s appointment took many analysts by surprise given its primary focus on consumer electronics. In addition to smartphones, the company makes Internet-connected devices such as air purifiers, scooters, body weight scales, and exercise bands. Unlike Huawei, its main Chinese rival in phones, it does not sell communications infrastructure or other equipment that is normally considered sensitive.

Xiaomi’s fortunes in the ruthless smartphone market have exploded in the past year as they gobbled up Huawei’s market share. Globally, its phone shipments soared by nearly a third in the fourth quarter, making it the No. 3 vendor behind Apple. Inc.

, according to International Data Corp.

In its lawsuit, Xiaomi said that the department did not offer any explanation for its decision, nor did it give the company an opportunity to respond.

Lei’s award was awarded by China’s MIIT, the government agency that oversees China’s industrial and technology policy and which, according to the Department of Defense, helps administer China’s civil-military merger policy, in which Beijing it relies on private enterprise to help develop military technology.

The award is awarded once every five years to leading private sector entrepreneurs. The last award, in 2019, was awarded to 100 people. Other notable CEOs who also made the cut include Ding Lei of internet and video game company NetEase. Inc.,

A second reason cited by the Defense Department was Xiaomi’s plans to invest 50 billion yuan, equivalent to $ 7.7 billion, over five years in 5G technology and artificial intelligence. Mr. Lei outlined the investment plans in a New Years message to staff in January 2020. In his presentation, the Department of Defense said: “Both technologies are of key interest to the People’s Republic of China and are a focus of the military-civil fusion strategy, ”Calling China by its full name, the People’s Republic of China.

, a Chinese big data company added to the Department of Defense list along with Xiaomi in January, also filed a lawsuit in the US to request its removal.

—Jing Yang contributed to this article.