The UK government, sensing an opportunity, wraps itself in the flag 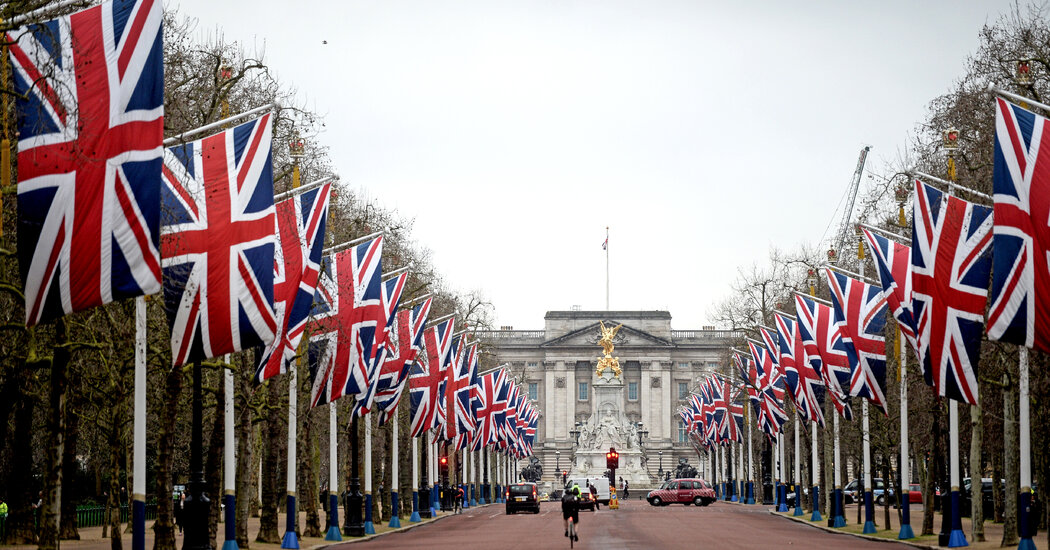 LONDON – It began last week when the host of the BBC morning show mocked a cabinet minister, Robert Jenrick, about the Union Jack hanging conspicuously behind him, alongside a portrait of Queen Elizabeth II. The flag, the host cracked, was not “up to standard-size government interview measurements.”

The host, Charlie Stayt, and his co-host, Naga Munchetty, who laughed, quickly got into hot water. After the BBC was attacked for not respecting the British flag, they were both reprimanded. Ms. Munchetty apologized for liking the “offensive” Twitter posts that joined the mockery of the minister’s flag.

The conservative government of Prime Minister Boris Johnson, never able to dodge a culture war skirmish, has seized the flag flap to try to keep opponents on the defensive and the dissolution of the United Kingdom at bay.

On Wednesday, he decreed that from now on, the Union Jack should fly in all government buildings every day of the year, rather than just on designated days. The only exception will be regional holidays when, say, the Scottish flag, the Saltire, would fly in Scotland on St. Andrew’s Day.

“Our nation’s flag is a symbol of liberty, unity and liberty that creates a shared sense of civic pride,” said Mr. Jenrick without bowing. “People rightly expect to see the Union flag flying atop civic and government buildings across the country as a sign of our local and national identity.”

The government, in its revised guide to flags, noted that in the United States, the stars and stripes fly throughout the year, not only in federal buildings, but also in schools and in front of polling places. Also, in Australia, the national flag can be flown every day of the year from federal and state parliaments.

The British tend to display their flag less than the citizens of their former colonies. Unlike Americans, they rarely hang it in front of their houses. The Union Jack stirs up mixed emotions among some on the left, who associate it with Britain’s imperial past, and in parts of the UK, particularly Scotland, where pro-independence sentiments are strong.

That, of course, is precisely the goal of a government desperate to avoid another referendum on Scottish independence after the May elections in which the Scottish National Party is expected to win a strong mandate.

The fate of the UK aside, the flag rage is a useful culture war theme to keep government adversaries, real or perceived, such as the opposition Labor Party or the BBC, on the defensive. Whether the dispute is over the lyrics of patriotic songs or revisionist views of historical figures like Winston Churchill, Johnson and his allies rarely miss an opportunity to wield patriotism like a club.

A few days after the BBC’s anchors apologized, its boss, Tim Davie, was reprimanded by a conservative lawmaker, James Wild, for failing to publish a picture of the Union Jack in the station’s 268-page annual report.

“Is that surprising to you?” Mr. Wild asked, to which Mr. Davie replied, “No, I think it’s a strange metric.”

A former marketing executive who was chosen for his ability to get along with the government, Mr. Davie noted that the BBC promotes Britain around the world. The Union Jack, he said, flew proudly from its London headquarters.

Critics on Twitter wasted no time lampooning the new reverence for the flag. They coined a faded hashtag and attributed it to unhealthy nationalism, post-Brexit insecurity, or cynical politics.

“This may be very ’20th century’ of me.” posted Simon Fraser, a former high-ranking official in the Ministry of Foreign Affairs, “but it worries me when politicians start to get obsessed with flags.”

Danny Wallace, a comedian, said it was like “seeing a country in midlife crisis.”

“We left our partner, said we would be better, then our new relationship didn’t work out, so we lie to everyone about how well we’re doing and then get a tattoo.” the public.

Clare Hepworth, trade unionist, quoted Bill Moyers, an announcer and former aide to President Lyndon B. Johnson, who once said of flag-waving politicians: “They are counting on your patriotism to distract you from their looting.”

And of course it was another Johnson, Samuel, who in the 18th century said, “Patriotism is the scoundrel’s last refuge.”

At a time when the government is gaining broad public support for the launch of the coronavirus vaccine, the country’s largest mass mobilization since World War II, a manufactured row of flags might seem unnecessary.

The Labor Party is already suffering the political equivalent of oxygen deprivation, and its leaders are reluctant to criticize Johnson during an all-consuming health emergency. But in the acrid aftermath of Brexit, analysts say the prime minister has calculated that stoking these problems still has a political payoff.

Last summer, Johnson criticized the BBC for airing two beloved patriotic songs without their lyrics because they evoked a colonial past that is at odds with the values ​​of the Black Lives Matter movement.

“It’s time we stopped being ashamed of our history, our traditions and our culture,” Johnson said outraged. The BBC backed off and one of the songs, “Rule, Britannia!”, Was sung to lyrics.

On Monday, the prime minister is scheduled to hold his first press conference from a White House-style meeting room at 10 Downing Street, outfitted at a reported cost of 2.6 million pounds, or about 3 , 5 million dollars. It will be flanked by no less than four Union Jacks.