The Telegram app is booming, but it needs advertisers, and soon $ 700 million 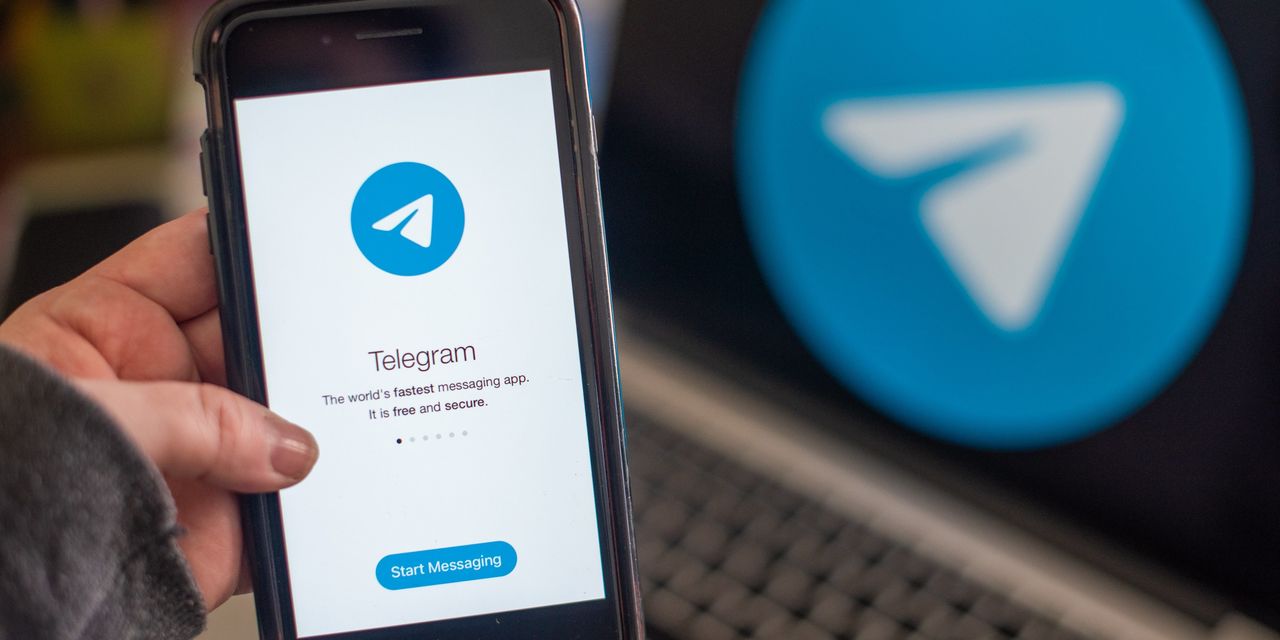 Telegram is at the top, adding tens of millions of users this year. Now the bill is due.

The messaging service and social media platform owes creditors roughly $ 700 million at the end of April, according to people briefed on the company’s plans and loan documents seen by The Wall Street Journal. At the same time, Telegram Group Inc. must cover rising equipment and bandwidth expenses due to its rapid growth, despite spending years without trying to generate revenue.

Telegram is one of the few major challengers for Facebook on social media. Inc.,

But first Pavel Durov, the Dubai-based Russian émigré who owns Telegram, needs to figure out how to turn his app momentum into a self-sustaining business.

Can Telegram monetize its success and become a business? Why or why not? Join the conversation below.

“A project of our size needs at least a few hundred million dollars a year to move forward,” Durov wrote on his public Telegram channel late last year. “While we do that, we will remain independent and true to our values, redefining how a technology company should operate.”

To pay the bills, Durov is issuing investors between $ 1 billion and $ 1.5 billion of company debt, promising a discount on equity capital should the company eventually go public, people briefed on the plans said. It has also announced plans to start selling ads on public Telegram channels later this year, in addition to offering other premium services for businesses and users.

A Telegram spokesperson declined to comment on the bond issue or the amount of debt the company owes. The spokesperson said that Telegram’s equipment and bandwidth costs are growing because it has consistently recorded more than 40% annual growth in users.

Telegram offers public channels, which are something of a cross between Twitter TWTR -0.83%

feeds and chat rooms, as well as encrypted communications that are private.

Messaging apps are gaining popularity, but their business models remain uncertain. Facebook’s WhatsApp is yet to generate significant revenue for the social media company, and it recently announced a push for businesses to use the app for customer service. Signal is owned by a non-profit foundation and relies heavily on donations. Chat startup Discord Inc. generated $ 130 million in revenue last year by selling premium subscriptions to users, but it is not yet profitable.

Telegram will have to convince advertisers that its audience is wide, which could be a challenge following reports that far-right groups and white supremacists flocked to the app after being banned on other platforms. Durov will also have to satisfy Apple Inc.

Google, whose app stores control most of Telegram’s distribution, that the app can curb threats of violence and the coordination of illicit activities such as the sale of weapons and drugs.

The Telegram spokesperson said the company’s advertising strategy is likely to initially focus on Asia, Eastern Europe and the Middle East. He added that Telegram has a working relationship with Apple and Google for content moderation.

Durov launched Telegram in late 2013 with his brother, Nikolai, just months before he was kicked out of VK, the Russian social media platform he founded. Mr. Durov launched his new app, funded by the proceeds from the sale of VK, less as a business than as a way for people to send messages while avoiding government surveillance and censorship.

For some time, Durov and a few dozen employees did not have fixed headquarters, instead traveling the world and settling in city after city, he told the Journal in 2016. The company is now based in Dubai, though it says it doesn’t keep the servers there.

Durov has been in a yearlong friendship from his VK days with actor and tech investor Jared Leto, with whom he shares an ascetic lifestyle that avoids meat and alcohol.

Mr. Leto described Mr. Durov as having “that X Factor that’s so rare in founders”, with “a little bit of mystery there just in case.” When asked if he had invested in Telegram’s bond offering or if he would invest in an eventual initial public offering, Leto replied: “What is the first rule of the fight club?”

Durov is proud of the use of the app by dissidents in Iran, Russia and elsewhere, writing that “Telegram has never given in to pressure from officials who wanted us to engage in political censorship.”

Those principles were tested after the Islamic State terror attacks in Europe in 2015 and 2016, during which militants used Telegram as a propaganda tool to recruit and communicate with potential attackers. Mr. Durov initially responded by defending the use of encryption to protect private chats on his service.

In late 2017, Telegram began requesting investments in a new cryptocurrency. The company eventually sold about 200 investors early access to the currency units, known as grams, in two rounds that generated $ 1.7 billion. Some investors said they bought because it was the best that could be compared to stocks, which Durov was unwilling to sell.

The US Securities and Exchange Commission sued Telegram in late 2018 before it could issue the coin, arguing that the company was illegally selling securities, which Telegram denied. During the lawsuit, the SEC said that Telegram had financed more than 90% of its operating costs using cash from investors.

Telegram eventually settled the case and agreed to pay a $ 18.5 million fine in June 2020. Telegram reimbursed all remaining funds to investors, who at the time accounted for 72% of the total, the spokesperson said.

Some of those who had invested say they felt burned. But Durov offered non-US investors the ability to convert their repayments into one-year loans that, with interest included, would pay 110% of their initial investment on April 30, 2021, according to a copy of a loan agreement consulted. . by the Magazine. Those loans are now valued at roughly $ 700 million, according to people briefed on Telegram’s plans.

The Telegram spokesperson said some investors’ losses were regrettable, but added that investors were warned about regulatory risks. To pay off its creditors, Telegram is selling five-year bonds that pay about 7% or 8% a year, people briefed on the company’s plans said, with a sweetener that those who buy the bonds would have a preferential allocation to the 10%. discount on the list price if Telegram goes public.

The Information previously reported on some details of the fundraising plans.

It remains to be seen whether Mr. Durov will go public with his company. Several investors said they doubt the founder wants to give up control. In a Telegram message, Durov told the Journal that he preferred an IPO to financing venture capital firms. “Going public is an open and democratic way to raise capital, which is more in line with our values,” he said.

Rather than selling ads itself, Telegram said it would likely initially use an agency model whereby it would strike deals with outside companies in different regions to handle commission sales.

Large, brand-sensitive companies might be wary of appearing on a platform that prides itself on refusing to cooperate with governments, and where hate speech and conspiracy theories are easy to find, said Brian Wieser, head of business intelligence on buying. media. conglomerate GroupM.

Even marketers whose goal is to drive clicks and sales, rather than build a reputation, could struggle with Telegram’s refusal to collect and share data about its users, because performance marketing requires detailed analysis, Wieser said. .

“It is not enough to know that you can get a billion impressions in the course of a month,” he said. “You need to have a process to run against those impressions.”

Durov said last month that he believes the use of user data to target advertising is immoral. Instead, the Telegram spokesperson said that advertisers will be able to target ads by selecting topics, or even by a specific channel to show ads on.

“Telegram intends to demonstrate that accurate and context-based advertising is not only an ethical alternative to targeted advertising, it can be just as efficient,” the spokesperson said.

—Jeff Horwitz contributed to this article.