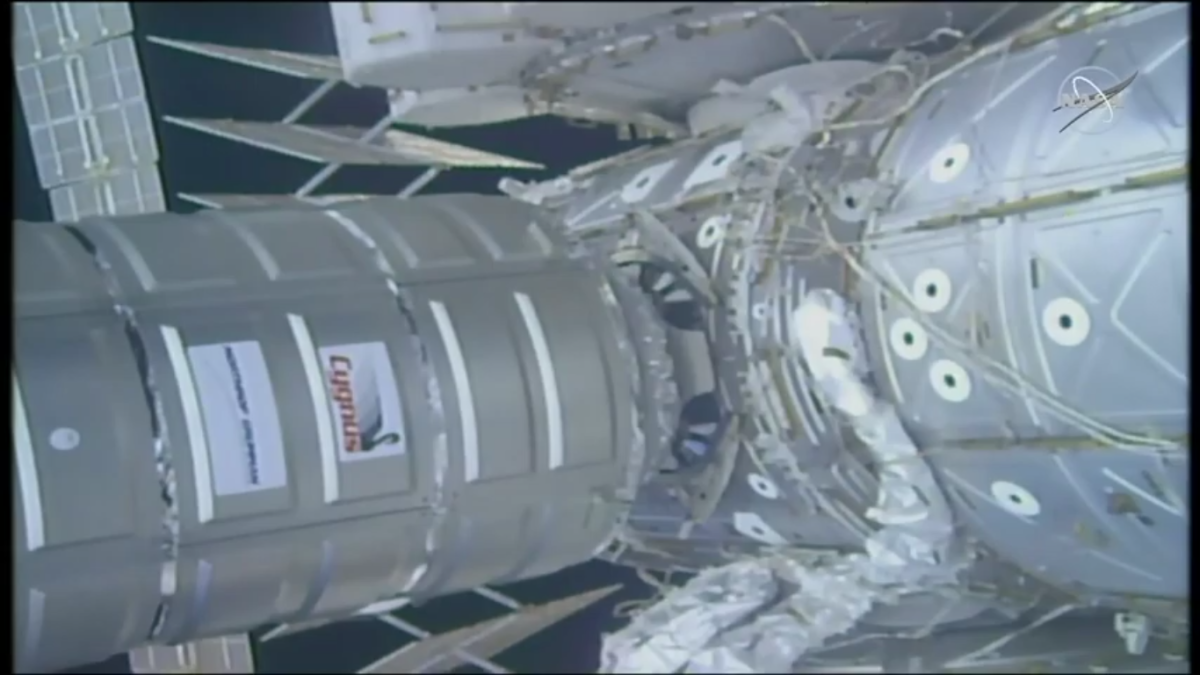 This morning, astronauts on the International Space Station successfully grabbed the Cygnus ship from Northrop Grumman Corp. with the robotic arm of the station, hooking 7,600 pounds (3,447 kilograms) of cargo, just in time for Easter.

On April 17, the spacecraft launched on the Antares rocket from Northrop Grumman from Pad-0A at the Mid-Atlantic Regional Spaceport at NASA's Wallops flight facility in Virginia. The mid-afternoon release attracted record crowds from the surrounding area and went smoothly. "The spacecraft is very healthy, it's working very well," said Frank DeMauro, vice president and general manager of space systems at Northrop Grumman, at a post-launch press conference on April 17.

After the launch, the solar panels of the spacecraft were deployed successfully and began to generate energy for the spacecraft. Once the vehicle reached the space station, NASA astronaut Anne McClain confronted the spacecraft with Canadarm2, the Canadian robotic arm which is attached to the station.

The crew will begin to bring the cargo inside and fill Cygnus with the debris from the space station. Between scientific experiments. A rodent study of 40 live mice, auxiliary robots and portable health sensors is sent to the station. According to DeMauro, special gifts for astronauts have not been sent, but there is a wide variety of foods on board, including turkey, shrimp badtail and a large number of desserts, which the crew can enjoy during the holiday weekend.

One of the latest improvements made to Cygnus, which will be moved to the second Commercial Replenishment Services program (CRS-2), is the ability to change the payload weight relatively close to launch time. Cygnus can now accept a certain load 24 hours before launch, which is much closer to the launch time than the previous four-day limit for the load to be added. These new capabilities will allow Cygnus to transport more sensitive load and experiments to time and allow last-minute changes in the payload.