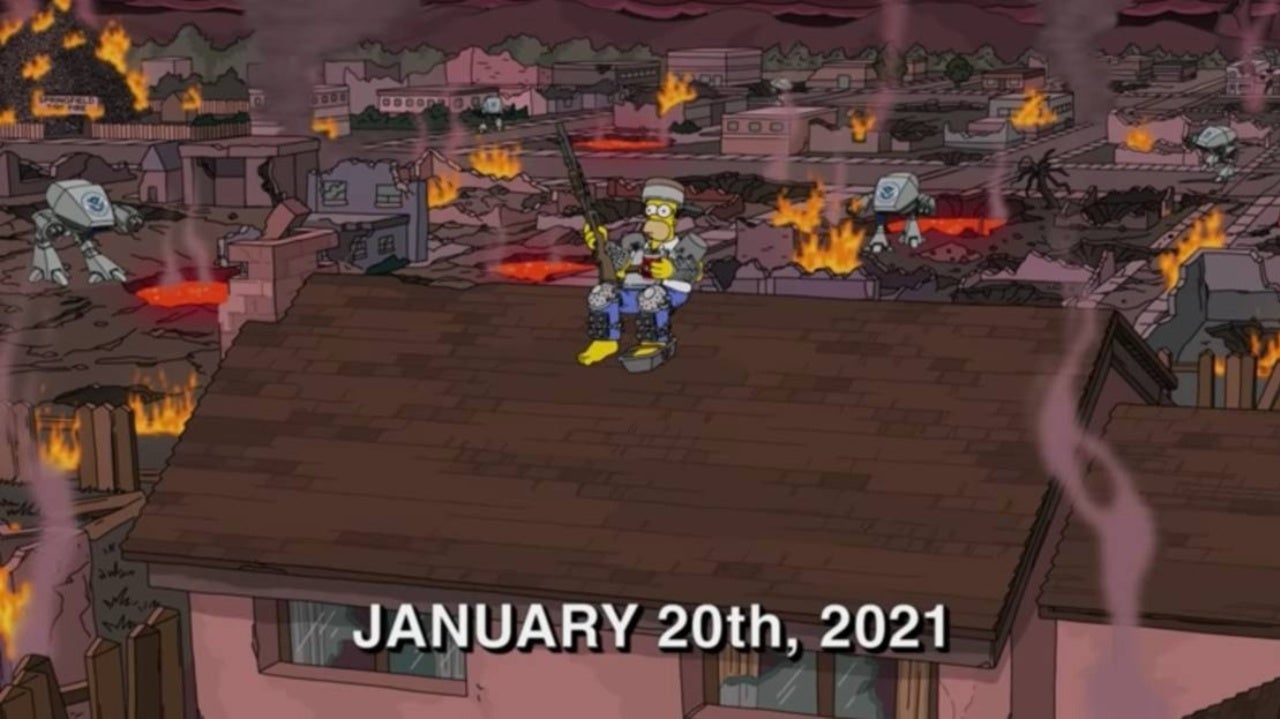 During this year’s annual Ghanizhadiravani is case, Simpson Made the biggest political statement in his 32-year tenure. In the episode’s intro, when Homer was at the voting booth trying to decide which president to vote for, Lisa popped up to remind him of everything that had happened in the last four years. Suddenly, a long list of actions by President Donald Trump scrolled the screen, hoping to prove Homer that he should not be reelected. There is also a bit, where Homer thinks about what might happen if a new president is not elected, which in January 2021 introduces a completely apocalyptic version of Springfield.

Simpson For a long time it was mostly in the middle when it comes to politics, making fun of all kinds of constantly changing political views. This scene breaks tradition and makes a strong statement regarding the upcoming election. In conversation with Give me my remote, The Simpsons EP Al Jean spoke about the verdict.

“We have the most polarizing president,” Jean reported. “When we started 30 years ago, I had some conservative leanings and I thought you wanted to go handheld as well. It’s just that things have been pushed by a lot of craziness – and that’s just my opinion, not the show’s – but Trump has been engaged in so many illegal activities as documented by the New York Times, you just go, oh this is crazy . No president has violated this kind of policy in my life; There was no presidential rally in the White House. You cannot be assigned even if there is no subject at hand, this is my view. “

Much of that scene was written a year ago, but the creative team continued to add to the list until 2020. He also added masks to most people at the scene after the onset of the epidemic, although Homer did not wear one.

“Apparently, we didn’t know about the epidemic, so we added that everyone except Homer is wearing a mask.” “Mask, we had those in April – we anticipated what things would look like around November, but most of it, ironically, was written about a year ago.”

You can see the whole scene The Simpsons at the top of the page.