The selections of the 2019 NCAA men's lacrosse tournament were announced. 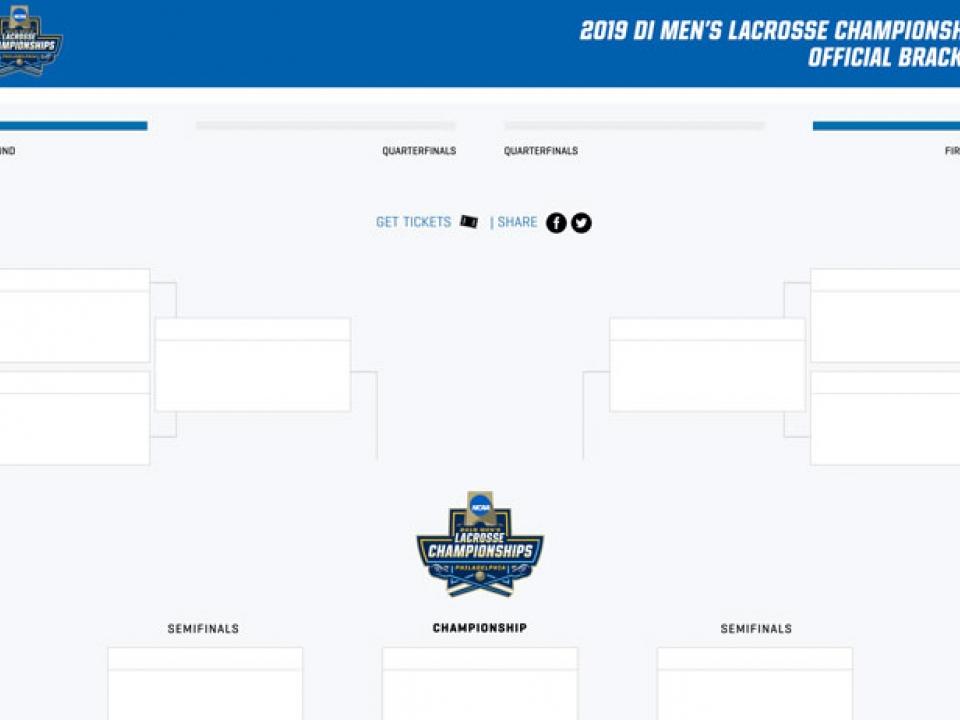 INDIANAPOLIS – The Men's Lacrosse Committee of Division I of the NCAA announced the field for its championship tournament today.

The following conferences and their representatives received automatic qualification:

For additional information, including the purchase of tickets for each round of the lacrosse championship, game schedules and location, visit NCAA.com/lacrosse.