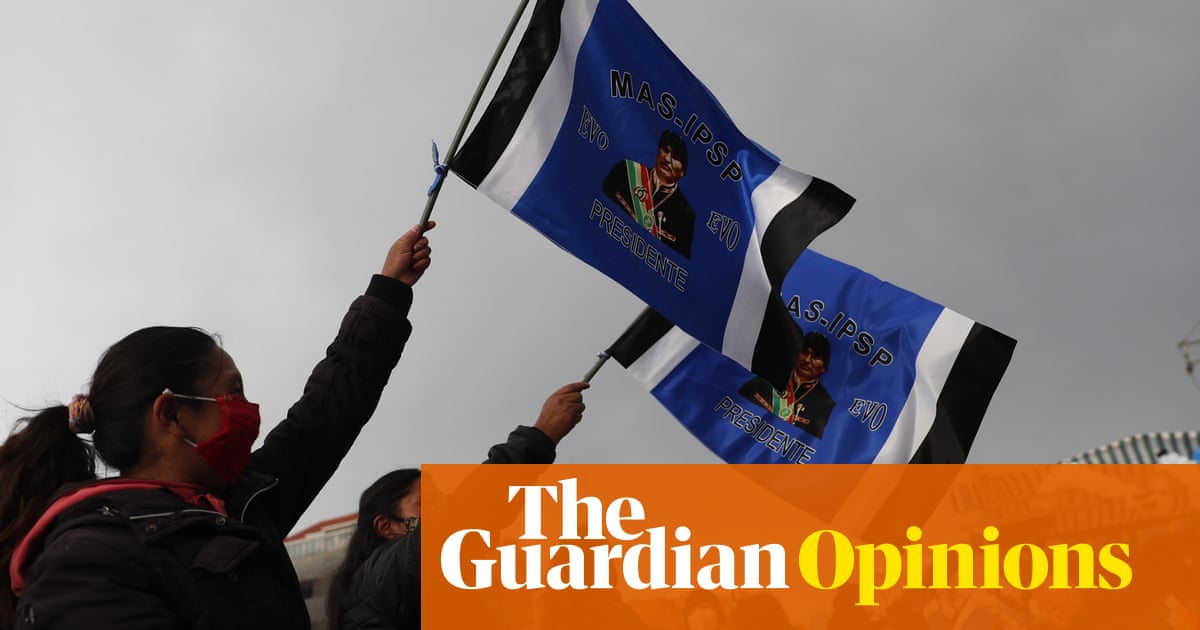 BOlivia has plunged into a nightmare of political repression and racist state violence since the elected government of Ivo Morales was militarily overthrown by the military on 10 November last year. According to a study by Harvard Law School (HLS) International Human Rights Clinic and University Network for Human Rights (UNHR), this month is the second in terms of civilian deaths due to state forces since Bolivia became a democracy nearly 40 years ago. Was the deadliest. ) Released a month ago.

Morales was the first indigenous President of Bolivia, which has the largest percentage of the largest population of any country in the US. His government was able to reduce poverty by 42% and extreme poverty by 60%, asymptotically benefiting indigenous Bolivians. The November coup was led by a white and mestizo elite with a history of racism, who were trying to monopolize it before the election of Morales in 2005. As reported, he attacked the protesters, including eyewitness accounts of security forces using “racist and indigenous language”; This is also evident from the fact that all the victims of the two biggest massacres carried out by the state forces after the coup were indigenous.

The role of the Organization of American States in the destruction of Bolivia’s democracy last November has also received less attention.

As the New York Times reported on June 7, the organization’s “flawed” analysis immediately after the October 20 election fueled a “series of events that changed the history of the South American nation.”

The OAS allegations were indeed the main political basis of the coup, and they continued for months. In Bolivia, election officials report an early vote count, which is informal and does not determine the outcome while the votes are being counted. When 84% of the votes counted in this initial rally, Morales had 45.7% of the vote, leading the second-placed candidate with 7.9 percentage points. Reporting was interrupted for 23 hours in this informal, non-binding tally, and when it was raised again, Morales’s lead had increased to 10.2 points. By the end of the official reckoning, it was 10.5. According to Bolivia’s election rules, a candidate with more than 40% of the vote and a lead of at least 10 points in the first round wins, without any runoff.

The opposition claimed that the fraud occurred and was taken to the streets. The OAS Electoral Observation Mission (EOM) issued a press statement the day after the election, stating, “Deep concern and surprise for a broad and difficult change in the trend of early results after the conclusion of the election”. But it provided no evidence to support these fraudulent allegations – as there were none.

It has since been repeatedly established by a group of specialist statistical studies. But the truth was quite clear and easy from the data available immediately after the election. And indeed the Center for Economic and Policy Research, where I am the co-director, used that data to dismiss the OAS’s initial allegations the next day; And several statistical analyzes and papers over the coming months, including a rebuttal of its final audit report.

There was no unforgivable change in trend. All that happened was that the areas reporting later were more pro-Morales than before due to various geographical and demographic reasons. This is the reason why Morells grew as soon as the last 16% of the vote came, as was increasing in the initial count. This is a fairly common dynamic that can be seen in elections around the world.

But after its initial press release, the OAS produced three more reports, including a preliminary test of the election results, without the obvious possibility that subsequent reporting areas were politically distinct from those whose votes came first. This is overwhelming evidence that OAS officers did not err in their repeated allegations of fraud, but it appears that their allegations were false. It takes imagination to explain how this simple explanation – which is the first thing that will happen to most people, and it turns out to be true – will not even be in the process of months of investigation by election experts. I emailed the OAS to find out if it had taken into account the differences of Bolivia’s constituencies, but received no response.

On 2 December, 133 economists and statisticians published a letter to the OAS, stating that “the final result was fairly predictable based on the final 84% of the votes” and calling the OAS “back to their misleading reaction about the election” Lena “”. Four members of the US Congress, led by Jan Shokowski, have also written a letter to the OAS asking 11 basic questions about the OAS analysis. More than nine months later, the OAS has yet to be answered.

In July, the US Congress held briefings with top OAS officials and confronted them with similar questions; He did not give any concrete answer.

With the original, and politically decisive, allegations of fraud increasingly maligned, the OAS turned to “irregularities” in the election to maintain an attack on its legitimacy. But it turned out that these allegations, based on statistical claims, could not withstand scrutiny.

Meanwhile, Bolivia has a de facto president, Jeanine Onez, who has called indigenous religious practices “devilish”; In January, it warned voters against allowing voters to “return to power,” according to the Washington Post, a clear reference to Morales’s indigenous heritage and his many supporters. Hers was supposed to be a “caretaker” government, but now the new elections, to be held on 18 October – have already been postponed three times due to the epidemic.

The wheels of justice grind very slowly after the US-backed coup. And the Trump administration’s support is gone: the White House promotes the “fraud” narrative, and its Orwellian statement after the coup praised it: “Morales’ departure preserves democracy and makes the people of Bolivia hear their voices Leads the way. ” According to the Los Angeles Times, “US Ambassador to the OAS Carlos Trujillo had escorted the group’s election-monitoring team to report widespread fraud and pushed the Trump administration to support Morel’s expulsion”, an allegation Trujillo denies this.

Jan Skakowski and Jesús “Chuy” Garcia of the US Congress have recently called for that body to investigate the role of the OAS in Bolivia, and ensure that taxpayer dollars are democratically elected by governments, civil Do not contribute to redundancy conflicts, or human rights violations ”.

That would be a good start.