The second wave of coronavirus is already present in the world with increasing infection rates across Europe. news 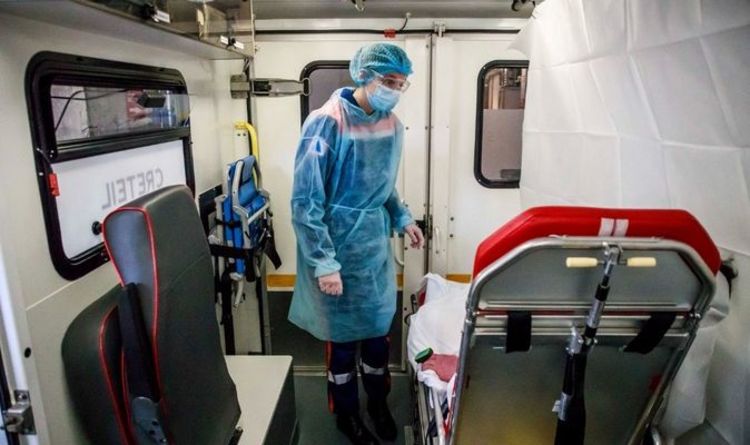 France, which went into lockdown on October 30, has seen its daily coronavirus infection rate fall from 730 per million people to 508 million per million. Belgium’s “R” number was the highest in Europe when it imposed a national ban on 2 November but has seen a drop in its case rate from around 2,000 per million to 540 per million.

The Czech Republic has seen its cases drop from 1,400 to 734 per million since going into lockdown on 21 October.

The data comes from our world data which collides with the test data around the world.

But despite the falling infection rate, governments have urged people to follow the rules until the ban is officially relaxed.

France’s Prime Minister Jean Castex said there would be no respite from his country’s second lockdown for at least two weeks as the number of hospitalized people is now higher at the peak of the first wave.

Mr Castex said that one in four deaths in the country were caused by the virus and that while the rate of ‘R’ had now fallen below 1, it was too early to consider remedies to a great extent.

He said: “It would be irresponsible to soften the lockdown now. The benefit we are seeing is fragile.”

The Prime Minister said that if the rate of new cases remains sluggish, France will pass through the peak of the second wave early next week.

But he warned that he would not hesitate to take strict measures if the spread of infection was speeded up once again.

According to the data, the rate of infection has not decreased in countries opposing the imposition of a second lockdown.

Massimo Galli, head of the Department of Infectious Diseases at the Sacco Hospital in Milan, said: “I am afraid that there is no doubt that the situation is largely out of control.

“Other diseases do not go on strike because COVID is present and we have to get organized otherwise the damage from the pandemic will end which is already far beyond the very tragic deaths.”

The rate of infection per million in Spain was 1,120 when the data were published on 9 November.

Sweden, which decided against a national lockdown at the start of the epidemic, has recently implemented a 10pm curfew on bars and restaurants due to climbing infection rates.

Horses have also been asked not to mix with other households as daily rates have reached 80% to 425 per million in the last month.