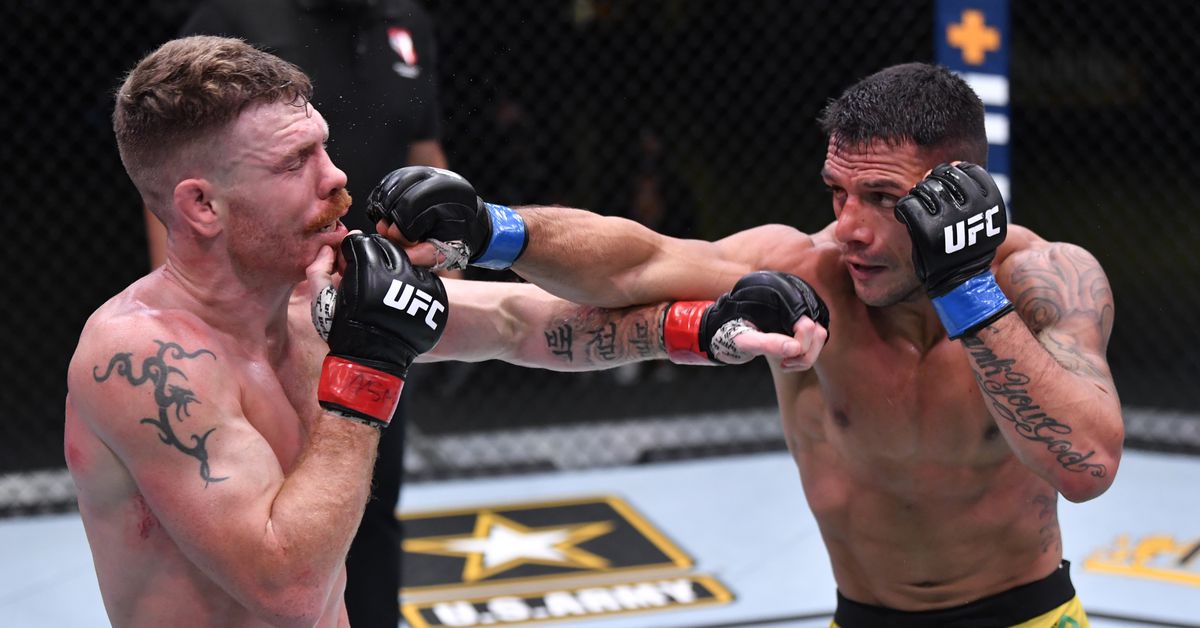 Despite being excommunicated and smuggled over five rounds, Paul Felder defeated Rafael dos Anjos on a judge’s scorecard in the headliner of UFC Vegas 14.

Even Felder gave a quizzical look when Bruce Buffer announced Chris Lee’s 48–47 scorecard, following which he took a five-round piece of action with ex-lightweight champion Rafael dos Anjos. But when the other two scorecards were read, dos Anjos was rightfully declared the winner.

Not only did Anjos win, but he scored a century with two 50–45 scores against Salle D’Matto and Derek Cleary. Lee won the round 2–4 to Felder by 10–9 points.

Dos Anjos not only took offense against Felder’s fences, but did solid work on his feet over five rounds. Felder struggled several times with distance and time as Dos Anjos worked on the front and back ends of the exchanges. A body kick was money for Brazil as both stood at the center of the octagon.

The split-call win put Dean Anjos back against welcomes Leon Edwards and Michael Chiasa respectively after a pair of failures at welterweight. Felder, who took the bout on five days notice, has lost his last two fights after another split decision – against Dan Hooker in February’s headliner – did not go his way.

How professionals responded to the decision below:

As I said before, the MMA scoring system needs to be developed. This is very subjective. Fighters are at great risk that no one gets it properly!

At the post-fight press conference, dos Anjos revealed his immediate reaction when the score was announced inside the Octagon.

“It was the first judge who said that, and I was scared,” he told reporters. “Then when the other judge said 50-45 to me, it was like that, huh. And then gave 50–45 in the last. I felt that I won every round. I was able to control my game and secure the ‘W’.