The Romans called it ‘Alexandrian glass’. Where exactly was it from? 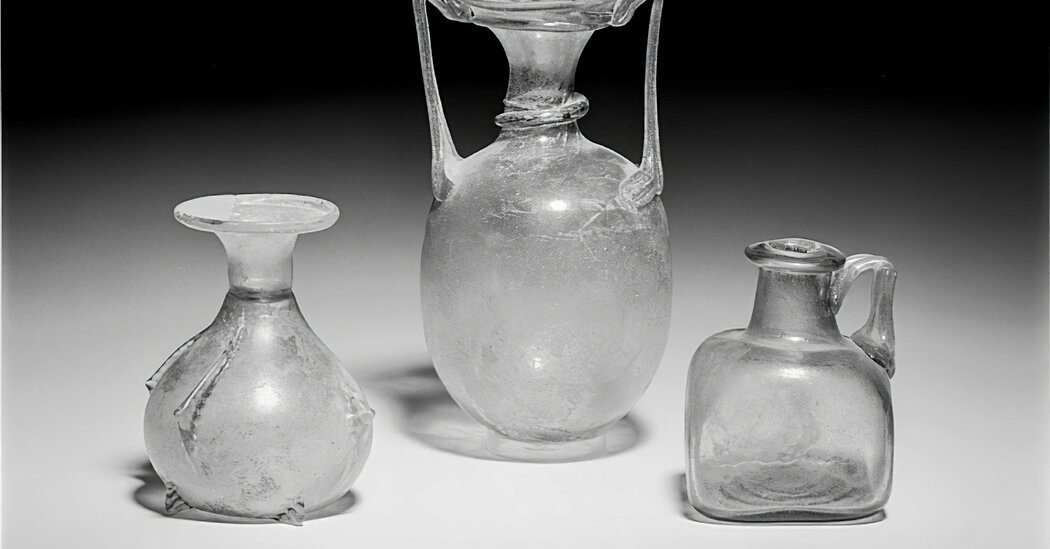 Glass was highly valued in the Roman Empire, particularly a colorless, transparent version that resembled rock crystals. But the source of this iconic material – known as Alexandrian glass – has long remained a mystery. Now, by studying trace amounts of the element hafnium within the glass, researchers have shown that this prized object actually originated in ancient Egypt.

It was the first time large-scale drinks and food were served in glassware during the time of the Roman Empire, said Patrick DeGris, an archaeologist at KU Leuven in Belgium, who was not involved in the new study. “It was on every table,” he said. Glass was also used in windows and mosaics.

All that glass had to come from somewhere. Between the first and ninth centuries AD, Roman glassmakers and Levant filled kilns filled with sand in the coastal areas of Egypt. They made huge slabs of glass on scales up to about 20 tons. The glass was then broken and distributed in glass workshops, where it was made as final products.

But what people really wanted was colorless glass, so glassmakers used various elements to add to their batches. The producers of the Levant are added manganese, which reacts with iron impurities in the sand. Manganese-treated glass still retained a bit of color, however, the geologist at Aarhus University, Denmark, Gary Hoffmann Barfod, said the study was led in a scientific study published earlier this month. “It wasn’t right,” he said.

And expensive: A price list issued by the Roman emperor Dioclacian in the fourth century BCE refers to this colorless glass as “Alexandrian” and values ​​it at about twice the price of manganese-treated glass. But Alexandrian Glass’s perfection, despite its name, was never conclusively given to Egypt.

“We have factories for manganese-decolored glass, but we do not have them for Alexandrian glass,” Dr. Barfod said. “This is a mystery that historians have dreamed of solving.”

Inspired by that mystery, Drs. Barfod and his colleagues analyzed 37 pieces of glass excavated in northern Jordan. The shards, each an inch or two long, from the first through the fourth century AD included Alexandrian glass and manganese-treated glass. Samples also included other glass specimens, which have been recently produced in Egypt or the Levant.

The researchers focused on hafnium, a trace element found in the mineral zircon, a component of sand. They measured the concentrations of hafnium and the ratio of two hafnium isotopes in shards.

The lattice forged in different geographic regions had different hafnium signatures, Drs. Barfod and his colleagues showed. Egyptian glass consistently had more hafnium and the isotope ratio was lower than glass produced in Levon, the team found.

These differences make sense, Drs. Barfod and his colleagues proposed, as the zircon crystals within the sand are inadvertently in accordance with nature.

After being taken out of the mouth of the Nile River, sand flows east and north from the banks of the Levant, inspired by the currents of water. The zircon crystals within it are heavy, so they leave early to travel on the Egyptian beaches. This explains why forged glass in Egyptian furnaces contains more hafnium than Levantine glass, researchers suggest.

Dr. “This is an open question for decades,” Barfod said.

But it is still a mystery why Egyptian and Levant glasses exhibit different proportions of hafnium isotopes. One possibility is that zircon with some isotropic ratio is large, dense, or heavy, which affects their movement, Drs. Barfod said. “We don’t know.”

Dr. Barfod said that the analysis of the chemistry of Egyptian and Levantine beach sands would be a logical way to confirm these findings. “The next step would obviously be to go out and get sand from both places.”